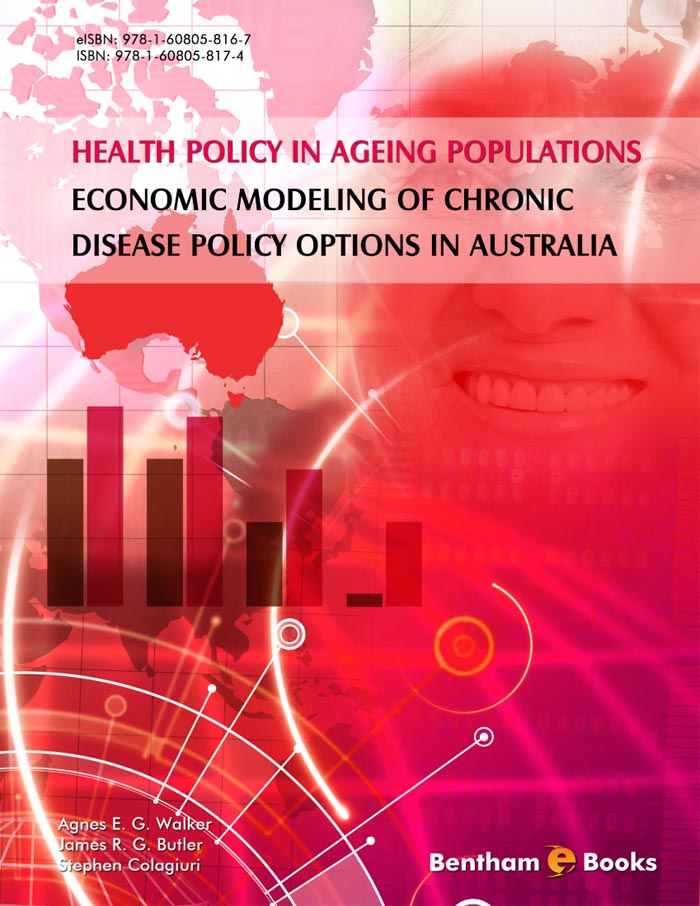 In a global environment of rapid increases in health expenditures, health policies in Australia and in many other countries are currently undergoing major reforms. To contain future cost increases, accurate tools able to identify and rank ‘best value for money’ health investments are essential.

In Australia non-communicable chronic diseases – e.g. diabetes, heart disease, cancer, arthritis and mental disorders – affect the majority of the elderly, account for 70% of health expenditures, and cause poor health, deteriorating quality of life and premature death. This book focuses on how to identify ‘best value for money’ health investments within the context of on-going and future health reforms, and on quantifying the major benefits that would flow from such investments in terms of longer and better lives. This book will be of interest to general readers, social and economic researchers, and students interested in health care in ageing populations.

There are many paradoxes in health care. For instance ageing is one of the most potent risk factors for conditions like stroke, heart disease, and cancer. Ageing is also blamed for the crisis in the rising costs of health care. Yet when the effects of ageing are examined objectively, they’re actually only a minor contributor to our health care crisis. The crisis, by the way, is another paradox. There’s no doubt that our emergency departments are clogged, waiting lists of elective surgery are long and often out of control and new technologies like targeted chemotherapy and robotic surgery cost a fortune. Yet at the moment, the proportion of GDP spent on health is only rising gently and Australians are long lived with declining rates of stroke, heart attack and cancer. It also looks – from overseas data – as though dementia rates are declining too. So what’s the problem and why would you bother writing this book?

Let’s take our clogged emergency departments (EDs) to illustrate. Health ministers shout from the rooftops that the problem with our bursting emergency departments is that general practitioners (GPs) are no longer providing adequate after hours cover and as a result, minor conditions that should be treated in general practice are flooding through the doors of our hospitals. The Australian Government has even given quite large sums of money to boost after hours care by GPs. Yet if they’d looked at the data, our politicians and bureaucrats would have realised that their analysis is misplaced. A survey in Melbourne’s northern suburbs has confirmed what ED physicians have been saying for years. The problems EDs face are during the day (midday till 4pm) and involve older people with chronic complex illnesses which have spun out of control. A small number of patients consume a significant proportion of time and resources. You don’t need after hours GPs to solve this problem. You need a health care system that works during daylight hours to keep these people from deteriorating.

There is a growing number of people with conditions like heart disease, diabetes and arthritis that they’ll have for the rest of their lives. These are the cause of unacceptable life expectancy gaps related to post codes, poverty and aboriginality. The more diseases, the more miserable is a person’s life.

It is rare these days for doctors to see people with just one diagnosis because the risk factors for chronic illness overlap. So the illnesses pile up. The data in this book show that it’s more expensive to treat a single person with two diagnoses (say heart disease and diabetes) than two people with one of these diagnoses each. The arithmetic is multiplication not addition.

The underlying thrust of this book is that our health gains are precarious and the future of our health care system is wobbly to say the least. There is a real chance it will fail to provide the kind of care it does now.

You could argue the signs are already before us. We are already losing the important concept of universal health cover. We have among the highest out of pocket costs for health care in the world. Anecdotally, people are not going to see their doctor, not filling in their scripts and living with surgically treatable conditions because they haven’t the cash to pay for them, even with full private health insurance cover. We have disjointed funding arrangements and a new payment system (Activity Based Funding) which will make it hard for hospitals to invest in demand reducing community based care.

Many estimate that in a healthcare system like Australia’s, 20-30% of what we do is waste. The examples are legion. Two recent papers between them identify 300 either worthless or low value interventions still in use. PSA testing has resulted in an epidemic of prostatectomies with high levels of disability with a 1 in 48 chance of benefit. We are over using medical imaging which is finding curiosities on the screen which doctors don’t understand but lead their patients into even more expensive and potentially harmful interventions. One side effect of the overuse of pulmonary CT scans, I’m told anecdotally, is the over diagnosis of incidental kidney tumours noticed at the bottom of the screen.

We have cardiologists obsessed with inserting stents into blocked arteries yet a survey by the Baker IDI Institute published the day I am writing this, shows that people with established coronary heart disease are not receiving or taking the intensive medical and preventive care they need to treat all their other arteries.

Chronic complex illness is a major driver of health system costs, reduced life and increased disability in the community and the health system will be judged on how well we do at helping this enormous public health challenge. But the stakes and the risks are high. The potential to waste millions if not billions of dollars on what seemed like good ideas at the time is enormous.

This book offers one solution to make sense of what are formidable complexity and a way for policy makers to test assumptions relatively safely before they commit huge sums of money.

By developing sophisticated mathematical and economic modeling using data down to the micro level, the work on HealthAgeingMod shows that it’s possible to predict the effects on changing the settings for care. Fascinating work reported here on a hypothetical vascular risk intervention shows net costs and the difference between a practice nurse performing tasks compared to a GP. Another example quantifies the benefits of obese people losing 10% of their body weight.

We talk endlessly about the need for evidence based policy development. The trouble is that there will never be the rolled gold evidence from say randomised trials. But what modeling can do, is plug in what we do know and give our assumptions a good thrashing safely tucked away from the Herald Sun and the Courier Mail.

If we are to preserve a fair Australia with a social contract which includes affordable universal health cover in the face of a chronic disease pandemic, ever more expensive technologies and issues such as antibiotic resistance, we have to fight complexity with complexity to give us answers which we may not like but which may move us to a better place.