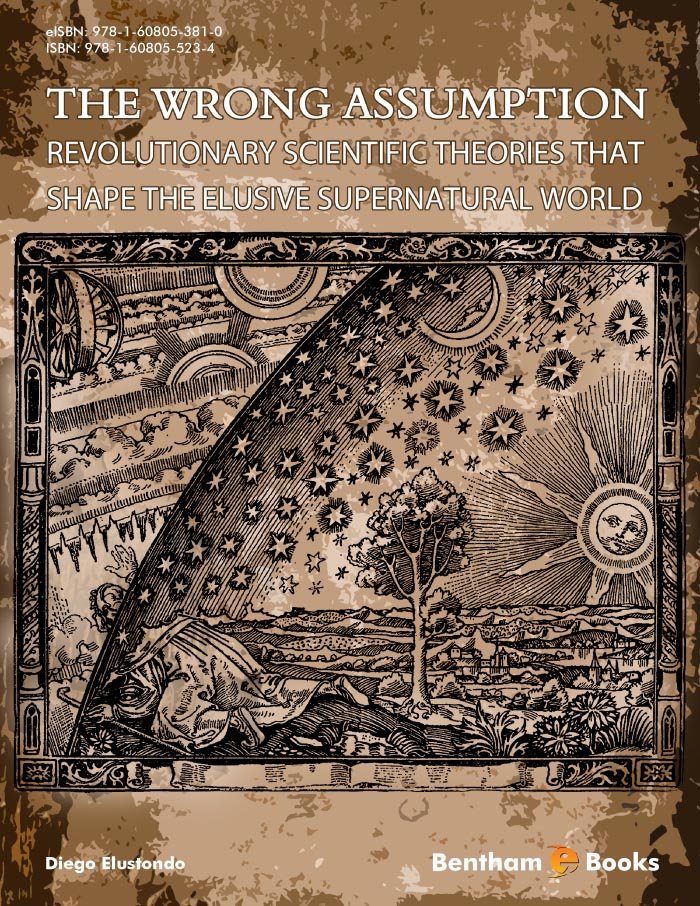 The Wrong Assumption: Revolutionary Scientific Theories That Shape the Elusive Supernatural World provides a scientific approach to philosophical thinking and encourages readers to explore their spiritual beliefs. By using simple language and honest scientific rigor, this e-book illuminates fascinating and revolutionary scientific theories that provide physical shape to the otherwise elusive concept of the supernatural world. Readers are exposed to a large variety of scientific theories that justify the existence of spiritual beliefs. Unlike other similar books that explore the connection between science and religion, this e-book refrains from manipulating science to fit a particular dogma; rather, it highlights scientific concepts remarkably similar to those ideas traditionally associated with spiritual beliefs. This e-book condenses the scientific knowledge that is currently dispersed throughout many books into a reader friendly volume.

In this book, Diego Elustondo explains fundamental scientific concepts in a simple, didactic, and consistent way. More precisely, he explains the evolution of the scientific knowledge (the human understanding of this world, this universe) from its beginnings to the present days. But this is not just an entertaining text of popular science. Elustondo approaches these concepts from such a perspective that shows how science itself leaves room for those events that we can’t explain or measure through a scientific method. In other words, he shows that the existence of “a superior consciousness”, “supernatural phenomena”, and “spiritual beliefs”, does not necessarily contradict science. As a skeptic person, this book did not convert me into a believer, but it changed my mind in one thing: now I think that God is not impossible.

Finally, I personally recommend Elustondo to include this brilliant and exquisite fragment as a prelude to his book. It’s called Argumentum Ornithologicum, and was written by Jorge Luis Borges:

“I close my eyes and I see a flock of birds. The vision lasts a second or even less; I don’t know how many birds I saw. Is the number defined or undefined? This problem involves the question of the existence of God. If God exists, the number is defined, because God knows how many birds I saw. If God doesn’t exist, the number is undefined, because nobody was able to count. In such case, I saw less than ten birds (let’s say) and more than one, but I didn’t see nine, eight, seven, six, five, four, three, or two birds. I saw a number between ten and one, different from nine, eight, seven, six, five, etc. This number, as an integer, is unconceivable; ergo, God exists”.