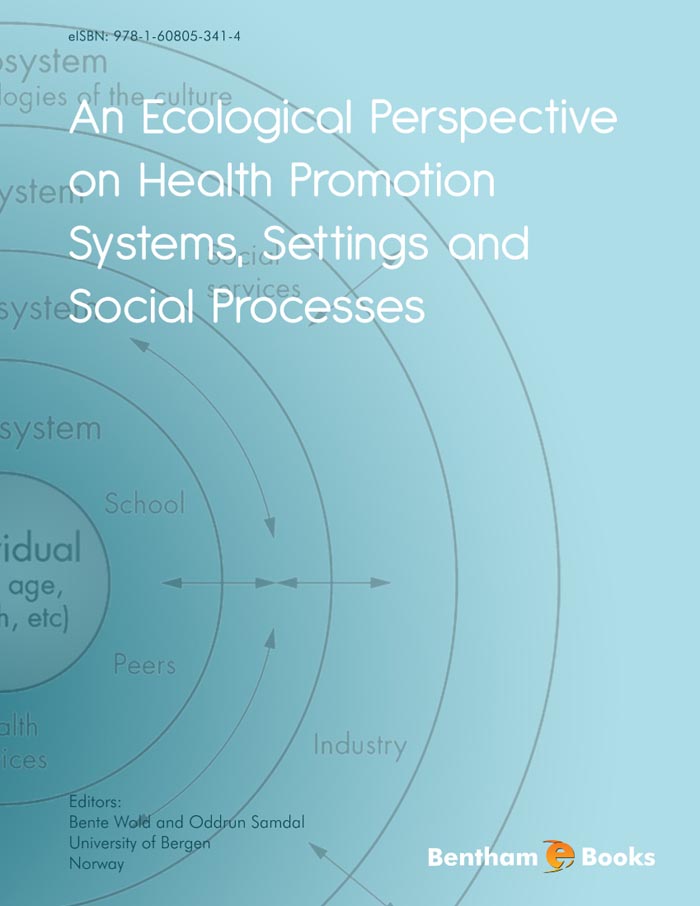 A multiple settings approach is extensively covered by analyzing participants’ perceptions of the family, leisure and school settings. Chapters of this volume also present intervention data aiming at promoting participants’ perceptions and empowerment in the settings. Furthermore, the e-book covers several topic areas central to health promotion, such as life satisfaction, health behaviours (tobacco, physical activity) and health complaints and body image. Another central principle in health promotion, namely development of healthy public policy is covered including descriptions about how health promotion policies are influenced by national and international political developments. This historical perspective adds to the current knowledge of how to establish and develop policies as a basis for all health promotion actions.

The book is based on the past 20 years of research and teaching at the Research Centre for Health Promotion at the University of Bergen, Norway. The Centre was established in 1988, at the verge of the establishment of health promotion, and since its very origin, has been concerned with developing research that can contribute to improve health promotion practice. This goal means that the staff has been involved in action research collaborating closely with practitioners in developing strategies to promote population health in a specific setting (e.g., school), as well as giving emphasis to research on identifying determinants of health. Staff members have also been involved in several national and international task forces and networks (both practice- and research-oriented) aimed at developing global health promoting strategies that can be implemented at national and regional levels. The experiences from this practice based research are presented throughout the book.

A core perspective of the book is to criticise public health for being all too willing to merely study associations between risk factors and health endpoints, and in doing so, turning aside from the hard work of examining mechanisms that might account for associations. The book argues that there is a need for an ecological approach to health promotion, which calls for a multidisciplinary approach, acknowledging the importance of macro-level and micro-level conditions. In this book, the ecological systems approach is applied to study processes and mechanisms in a range of public health areas such as family welfare, well-being in school, subjective health and health behaviours among adolescents, and healthy public policy. Examples are provided from international as well as Norwegian research. The history of health promotion as an ideology and strategy to address public health issues is presented, including the main message from the very first charter of health promotion from a conference in Ottawa in 1986. The essence of the book addresses what is health promotion, why it is needed, who is doing it, where it is done and how it is done. The book concludes by highlighting how effective health promotion depends on reaching the settings in which people live, and understanding the processes of human interaction in these settings.

We hope the readers will enjoy to read and to learn about our 20 years of experience with health promotion research.