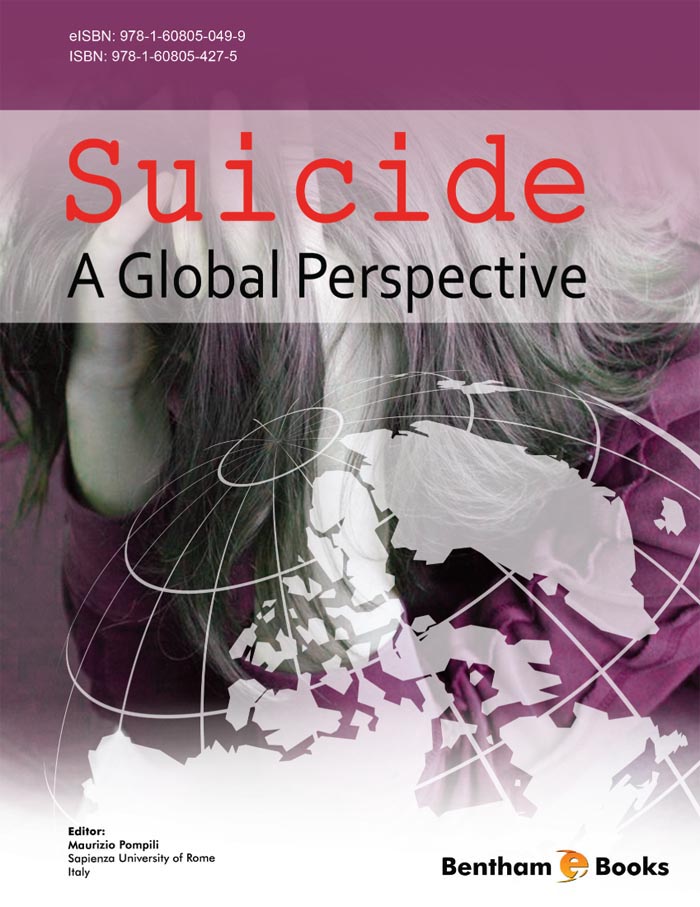 In the last 45 years suicide rates have increased by 60% worldwide. Suicide is now among the three leading causes of death among those aged 15-44 years (both sexes); these figures do not include suicide attempts up to 20 times more frequent than completed suicide. Suicide worldwide is estimated to represent 1.8% of the total global burden of disease in1998, and 2.4% in countries with market and former socialist economies in 2020. Although traditionally suicide rates have been highest among the male elderly, rates among young people have been increasing to such an extent that they are now the group at highest risk in a third of countries, in both developed and developing countries. Mental disorders (particularly depression and substance abuse) are associated with more than 90% of all cases of suicide; however, suicide results from many complex sociocultural factors and is more likely to occur particularly during periods of socioeconomic, family and individual crisis situations (e.g., loss of a loved one, employment, honour).

The economic costs associated with completed and attempted suicide are estimated to be in the billions of dollars. One million lives lost each year are more than those lost from wars and murder annually in the world. It is three times the catastrophic loss of life in the tsunami disaster in Asia in 2005. Every day of the year, the number of suicides is equivalent to the number of lives lost in the attack on the World Trade Center Twin Towers on 9/11 in 2001.

Everyone should be aware of the warning signs for suicide: Someone threatening to hurt or kill him/herself, or taking of wanting to hurt or kill him/herself; someone looking for ways to kill him/herself by seeking access to firearms, available pills, or other means; someone talking or writing about death, dying or suicide, when these actions are out of the ordinary for the person. Also, high risk of suicide is generally associated with hopelessness; rage, uncontrolled anger, seeking revenge; acting reckless or engaging in risky activities, seemingly without thinking; feeling trapped – like there’s no way out; increased alcohol or drug use; withdrawing from friends, family and society, anxiety, agitation, unable to sleep or sleeping all the time; dramatic mood changes; no reason for living; no sense of purpose in life.

Understanding and helping the suicidal individual should be a task for all.

Suicide Myths How to Help the Suicidal Person Warning Sights of Suicide Myth:Suicidal people just want to die.Fact:Most of the time, suicidal people are torn between wanting to die and wanting to live. Most suicidal individuals don't want death; they just want to stoop the great psychological or emotional pain they are experiencing Myth:People who commit suicide do not warn others.Fact:Eight out of every 10 people who kill themselves give definite clues to their intentions. They leave numerous clues and warnings to others, although clues may be non-verbal of difficult to detect. Myth:People who talk about suicide are only trying to get attention. They won't really do it.Fact:Few commit suicide without first letting someone know how they feel. Those who are considering suicide give clues and warnings as a cry for help. Over 70% who do threaten to commit suicide either make an attempt or complete the act. Myth:Don't mention suicide to someone who's showing signs of depression. It will plant the idea in their minds and they will act on it.Fact:Many depressed people have already considered suicide as an option. Discussing it openly helps the suicidal person sort through the problems and generally provides a sense of relief and understanding.

Suicide is preventable. Most suicidal individuals desperately want to live; they are just unable to see alternatives to their problems. Most suicidal individuals give definite warnings of their suicidal intentions, but others are either unaware of the significance of these warnings or do not know how to respond to them. Talking about suicide does not cause someone to be suicidal; on the contrary the individual feel relief and has the opportunity to experience an empathic contact.

Suicide profoundly affects individuals, families, workplaces, neighbourhoods and societies. The economic costs associated with suicide and self-inflicted injuries are estimated to be in the billions of dollars. Surviving family members not only suffer the trauma of losing a loved one to suicide, and may themselves be at higher risk for suicide and emotional problems.

Mental pain is the basic ingredient of suicide. Edwin Shneidman calls such pain “psychache” [1], meaning an ache in the psyche. Shneidman suggested that the key questions to ask a suicidal person are ‘Where do you hurt?’ and ‘How may I help you?’. If the function of suicide is to put a stop to an unbearable flow of painful consciousness, then it follows that the clinician’s main task is to mollify that pain. Shneidman (1) also pointed out that the main sources of psychological pain, such as shame, guilt, rage, loneliness, hopelessness and so forth, stem from frustrated or thwarted psychological needs. These psychological needs include the need for achievement, for affiliation, for autonomy, for counteraction, for exhibition, for nurturance, for order and for understanding. Shneidman [2], who is considered the father of suicidology, has proposed the following definition of suicide: ‘Currently in the Western world, suicide is a conscious act of self-induced annihilation, best understood as a multidimensional malaise in a needful individual who defines an issue for which the suicide is perceived as the best solution’. Shneidman has also suggested that ‘that suicide is best understood not so much as a movement toward death as it is a movement away from something and that something is always the same: intolerable emotion, unendurable pain, or unacceptable anguish.

Strategies involving restriction of access to common methods of suicide have proved to be effective in reducing suicide rates; however, there is a need to adopt multi-sectoral approaches involving other levels of intervention and activities, such as crisis centers. There is compelling evidence indicating that adequate prevention and treatment of depression, alcohol and substance abuse can reduce suicide rates. School-based interventions involving crisis management, self-esteem enhancement and the development of coping skills and healthy decision making have been demonstrated to reduce the risk of suicide among the youth. Worldwide, the prevention of suicide has not been adequately addressed due to basically a lack of awareness of suicide as a major problem and the taboo in many societies to discuss openly about it. In fact, only a few countries have included prevention of suicide among their priorities.

Reliability of suicide certification and reporting is an issue in great need of improvement. It is clear that suicide prevention requires intervention also from outside the health sector and calls for an innovative, comprehensive multi-sectoral approach, including both health and non-health sectors, e.g., education, labour, police, justice, religion, law, politics, the media.

Assessment and Management of Suicide Risk

Risk Factors for Suicide in Prisons

The Impact of Unemployment on Suicide Rate in Hong Kong during the Period of Economic Recovery, 2003-2006

Psychotherapy with Suicidal People: Some Common Factors with Attempters

Suicide and Suicidal Behavior in Australia

Suicide Among the Elderly