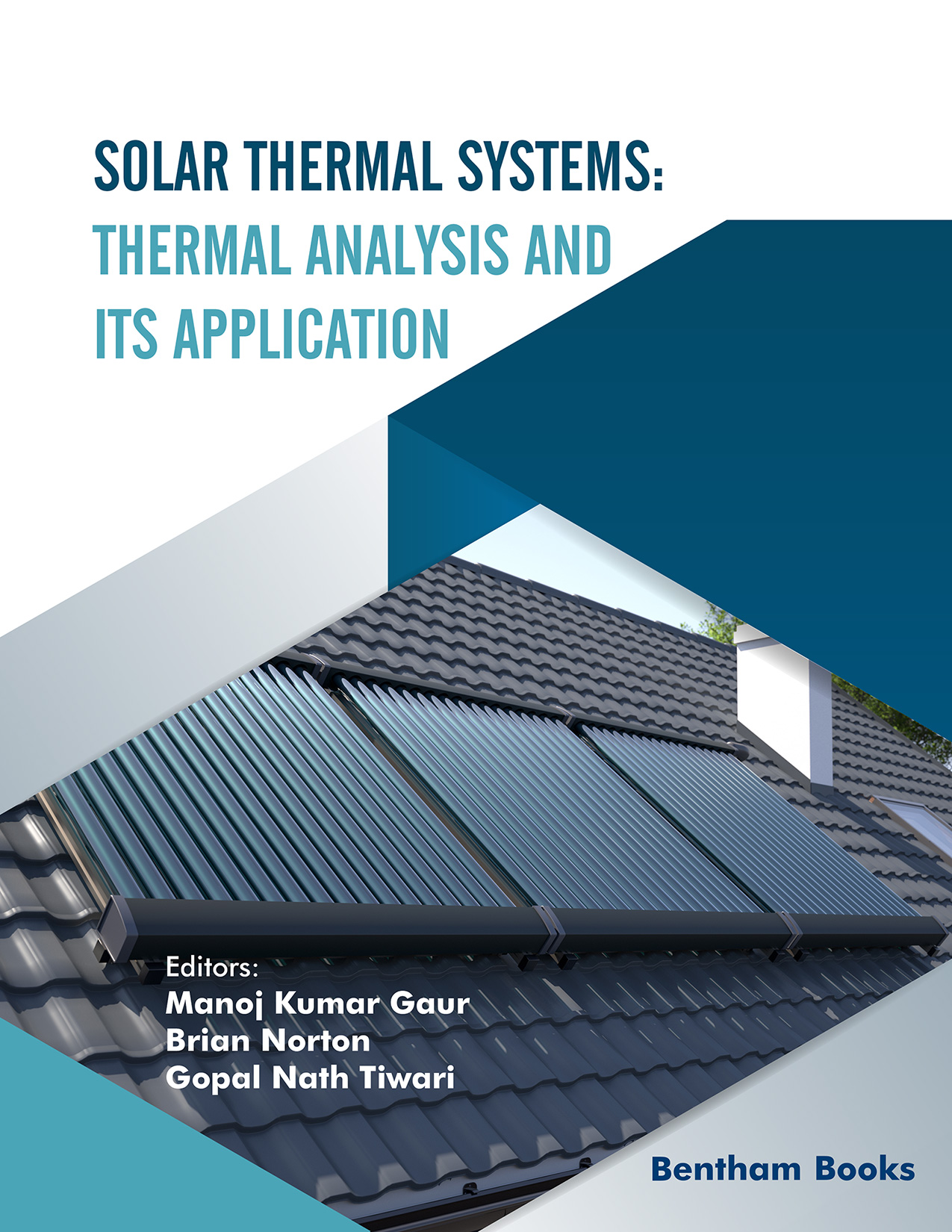 This book encapsulates current information about the science behind solar energy and the solar thermal systems available to meet domestic needs. Several scholars have contributed to the chapters in the text in an effort to distill research-oriented topics for learners.

The book starts with an explainer on the fundamentals of thermodynamics, heat transfer and solar energy in the first 2 chapters. The basics of some solar thermal devices along with their thermal modeling are covered in the next few chapters, along with solar distillation systems. This is followed by information about the design, development and applications of solar cookers along with their thermal modeling. Thermal modeling of semi-transparent PVT systems and their applications are discussed in Chapter 9. Chapter 10 covers the development in solar photovoltaic technology. Chapter 11 and Chapter 12 discusses thermal modeling of greenhouse solar dryers and presents a case study on a hybrid active greenhouse solar dryer. Chapter 13 covers the thermal analysis of photovoltaic thermal (PVT) air heaters employing thermoelectric modules (TEM). The applications of various solar systems in building sectors and the development in this field are covered in Chapter 14. Chapter 15 deals with energy and environ- economics analysis of bio-gas integrated semi-transparent photo-voltaic thermal (Bi-iSPVT) systems for Indian climates.

The book has a broad scope and is intended as a resource for students, researchers and teachers in universities, industries, and national and commercial laboratories to help learn the fundamentals and in-depth knowledge of thermal modeling and recent developments in solar heating systems.

Audience: Students, researchers and teachers in universities, industries, and national and commercial laboratories.

Application and Development in Solar Stills

Application and Development in Solar Cooking

Applications and Development of Solar Systems in Buildings