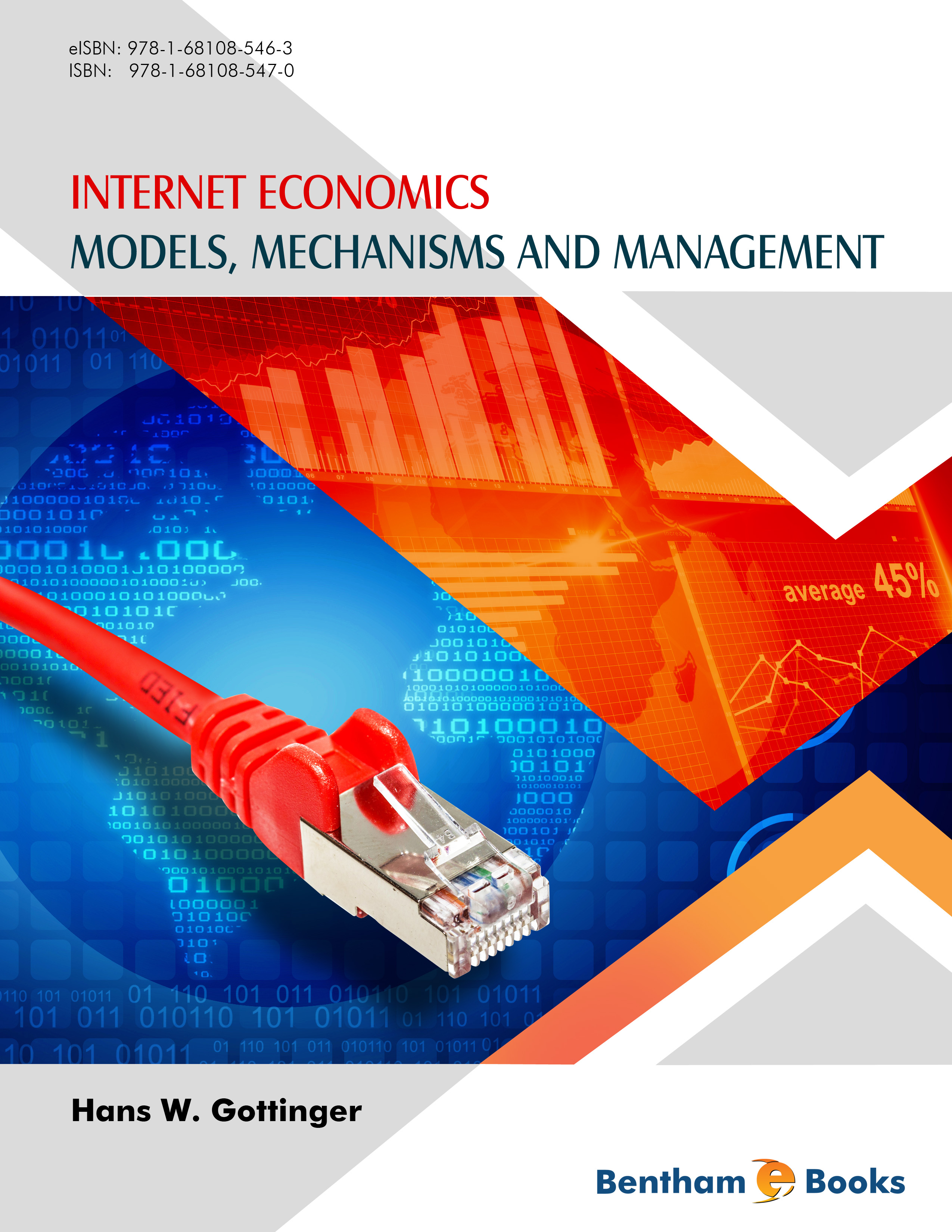 The internet represents a rapidly evolving set of technologies which is central to the development of a modern economy. Internet Economics: Models, Mechanisms and Management integrates knowledge about internet service design with economic modelling principles (pricing, cost and service models). Chapters highlight specific applications of the internet such as service provisioning, cloud computing, commerce, business security, network externalities, social media and more recent developments such as the Internet of Things (IoT), the industrial internet, data analytics and the use of big data to bring value to commercial ventures. Therefore, readers will have a conceptual and practical framework for understanding the economics of internet infrastructure and service delivery.

This text is essential reading for students and professionals involved in business programs and courses that focus on the commercial aspects of internet services and industries that rely on internet-based technologies.

A front-page leader in The Economist (28 January, 2017) showcases how in an era of protectionism, global companies are now in retreat. On the other hand, the world has become even more globalized and inter-connected, breeding a new generation of global enterprises and nimble, innovative small-and-medium-sized businesses, thanks to the pervasive internet and its integrated technologies and platforms. China alone now boasts of some 700 million netizens, more than double the entire population of the United States. The number of internet users is similarly rising across the globe, including Latin America and Africa, thanks to the ubiquitous smart phone and supporting networks.

Nothing illustrates the power of internet-economics better than President Trump’s apparent agreement that Jack Ma’s Alibaba internet-driven global business empire could help create a million American jobs by selling US goods and services to China and the rest of Asia, Trump’s China-bashing and protectionist rhetoric notwithstanding.

According to Klaus Schwab, Founder and Executive Chairman of the World Economic Forum, instead of simple digitization (the Third Industrial Revolution), innovative combination of technologies (the Fourth Industrial Revolution) is upending business models, labor markets, socio-political matrix, and is reshaping our economic, social, cultural, and human environments.

A key trend is the development of technology-enabled platforms that combine both demand and supply to disrupt existing industry structures, such as the “sharing” or “on demand” internet economy.

In this topsy-turvy world of the 21st century, understanding internet economics, its complexity and operations, as well as its models, mechanisms and management, would be invaluable to practicing network designers and engineers as well as to industry managers and academic researchers.

For them and broader policy formulators, Dr Hans W. Gottinger’s book is a treasure-trove of timely, meticulous research.

I have no hesitation in commending Dr Gottinger’s book for all who are interested in exploring the complex, fast-moving, and integrated world of internet economics.