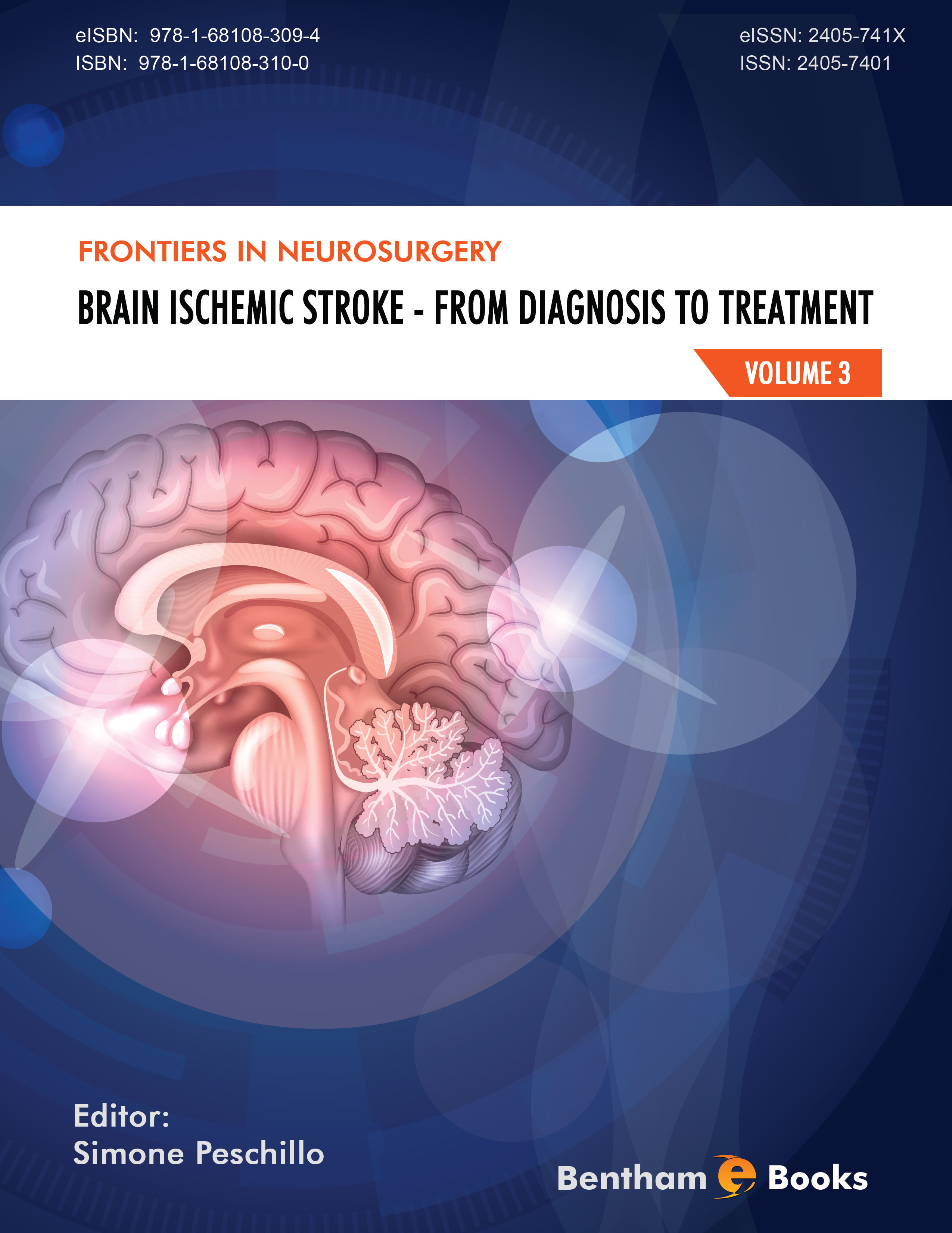 Stroke is thought to be the second biggest killer worldwide, and is responsible for over 5 million deaths per year. Several strategies have been developed to enhance treatment of stroke patients. Multimodal neuroimaging allows physicians to diagnose and evaluate not only the ischemic core but also the vessel pattern and collateral status. Stroke Treatment involves extensive intravenous drug administration. Several new drugs with long lasting efficacy are now being tested in randomized clinical trials. In this context, endovascular treatment is a promising avenue that allows physicians to treat patients in extended time windows especially patients in whom intravenous RTPA has failed. A new era has emerged with new devices called stent retrievers and aspiration techniques, which have demonstrated higher rates of recanalization and clear superiority over previous devices employed in RCTs. The third volume of Frontiers in Neurosurgery presents updated information on ischemic stroke treatment. The volume comprehensively covers the epidemiology, physiology, diagnosis and treatment modalities of stroke. Readers will also find key information on diagnosing and treating rare and lesser known causes of stroke as well as notes about new devices and medical procedures to combat ischemic stroke. This volume is a useful resource for neurosurgery specialists as well as nurses, physiotherapists and caregivers.

I read with a lot of interest the book by Simone Peschillo and his collaborators. This book presents the current knowledge on cerebral ischaemia and its treatment. It will be for sure very useful for all those who are interested on this topic.

It starts by the very concerning epidemiological and economic aspect of the disease and then it presents all the main themes of the subject. It will be a reference book that aims to be complete and it does not only present the therapeutic endo vascular techniques but also, and it is fundamental, all the medical environment and intensive care techniques which are essential.

We can only admire the progresses made, even in the diagnosctic plan. I personnally began to practise neuroradiology 45 years ago … It was the time when the diagnosis of an intracerebral hemorrhage could only be made if this bleeding was voluminous enough to displace the adjacent arteries angiography ...

I had the privilege in 1971 of attending the first french private presentation on CT by Ambrose who showed unrefined images made of black and white spots. It was a revolution : we were able to see directly, for the first time, the image of intracerebral blood. Nowadays, despite of MRI, CT remains a fundamental tool of decision in the field of cerebral ischaemia because it is fast and easily accessible.

In the 70s, there were few interventional neuroradiologists and they were more interested in angiomas and tumors than in cerebral ischaemia. I was personnally rapidly interested in this topic and the 80s were very important for me. In 1980 I began using angioplasty to treat major supra aortic arteries, then in 1983, after Mathias [1] I started simple angioplasty in carotid arteries [2]. I described in 1984 the concept of cerebral protection [3]. After Zeumer [4], I also in 1985 performed our first cases of intra arterial thrombolysis [5]. In 1990 I dared to put in place the first carotid stent [6] and then developed this technique [7, 8]. It activated some turbulences in the vascular surgery environment…

I am now delighted that this tool has become a classic in the treatment of carotid stenoses. Nevertheless let me summarize what I keep thinking on this matter:

At the opposite of the other arteries, post stenting restenoses are quite rare in carotid artery because of its high flow. Long closed stents remain for us the best choice because they treat the whole pathological area and correct partially the artery tortuosity.

The only real difficulty that remains is its approach on atheromatous patients. This is why we described the radial approach [9].

Post revascularisation hemorrhage occurs in most cases on brains with previous silent infarctions. Its occurence is clearly limited by the control of blood pressure. Actually it can also be a delayed embolic hemorrhagic complication.

The book presents a very detailed chapter on non atheromatous arterial lesions. It is a very interesting topic that covers several diseases. We have been early interested in the disease of Takayasu when we worked in Canada [ 11 ] and we performed endovascular treatments on similar cases. More studies will be necessary in the future to adopt a common therapeutic strategy because the reaction to endovascular techniques can be quite different from one disease to the other.

In acute brain ischaemia I have to say my enthusiasm by seeing strengthening in the idea that a cerebrovascular accident is not any more a fate and that it exist therapeutic tools to treat it. After intravenous and intra arterial thrombolysis, mecanichal revascularisation technics are now available and are more and more sofisticated and effective. This book presents the various current possibilities. The time will tell us which ones are the best for each case. What is sure is that the number of necessary intervetionists will grow dramatically in the future. I am delighted at it for the whole world population.

However I would like to add about this topic some personal ideas that have meant a lot to me for years: we know that it is necessary to save time and CT remains the basic emergency investigation which allows make the diagnosis of intracerebral bleeding. We dreamt of CTs in a light truck and we spoke of it for many years. It does exist presently. If we deal with an ischemic case it will allow start immediately the intravenous thrombolysis. Many lives will be saved and many brains will be less damaged.

Arrived at the hospital, unless a complete clearance of the symptoms has be obtained, the patient will have an angiography. The good therapeutic decision will only be taken if the exact state of the cerebral vascularization is known. The cerebral parenchymography [12] remains for me the simplest and most adapted investigation. One single injection of contrast in the aortic arch is sufficient for confirming the arterial occlusion, its site and the exact devascularisation downstream to the occlusion. Anatomical variations are infinite and so are the individual possibilities of revascularisation. Vascularization of the cerebral parenchyma is the only true key point to be known

In the decision of treating, occlusion of lenticulostriate arteries is for me a fundamental point. These arteries are terminal and their wall is very sensitive to ischaemia. It has been shown by Kamyjio on cat that their revasculaization after the 6er hour resulted in high purcentage of bleeding [13]. We have confirmed it [14] in showing that it was possible to eliminate post revascularization hemorrhage : intra arterial thrombolysis should not be performed on a patient after the 6th hour when the lenticulostriate arteries are occluded . On the other hand the therapeutic window can be widened if these arteries are not interested. This way of reasoning is obviously applicable also for the mechanical revascularisation.

Not using these information made that the possible therapeutic window was reduced in order to limitate the hemorrhagic complications. We are convinced that these simple rules should be used by all, day and at night, and that they could save numerous lives and handicaps.