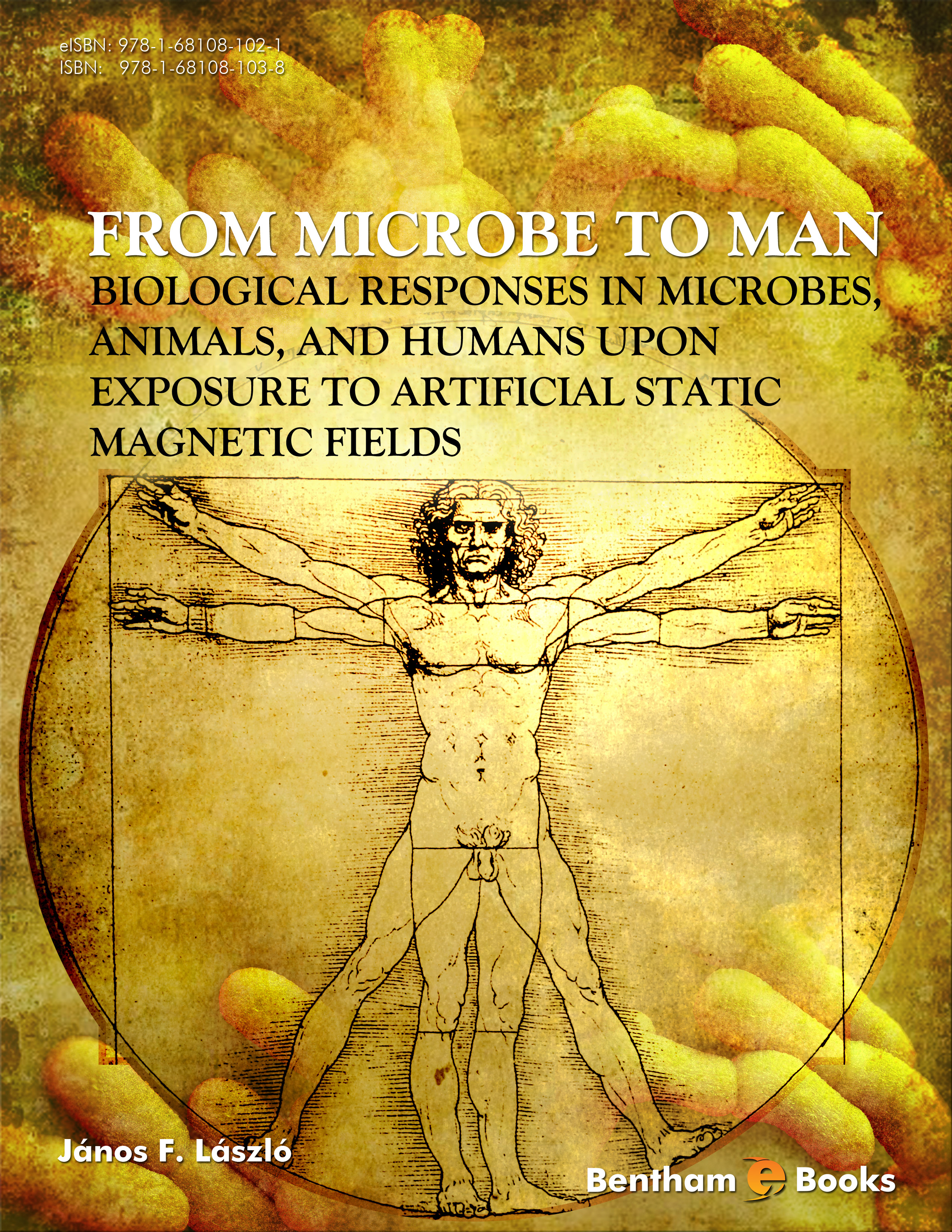 From Microbe to Man: Biological Responses in Microbes, Animals, and Humans Upon Exposure to Artificial Static Magnetic Fields

Some arrangements and structures of permanent magnets are hypothesized to exert measurable physiological and pathological effects on living tissues when exposed to the resultant electromagnetic field. From Microbe to Man: Biological responses to artificial static magnetic field-exposure explores the effects of such arrangements based on this hypothesis.

The book begins with an explanation of the mechanisms of artificial static magnetic fields (SMFs). This is followed by sequential sections presenting the effects of SMF exposure on living organisms backed by thorough experimental studies (on microbial, animal and human trials). In conclusion, the work reveals the positive nature of SMF treatment and shows that this is indeed a viable alternative to invasive treatment in the case of a number of both acute and chronic conditions, such as stomatological pain and osteoporosis.

From Microbe to Man: Biological responses to artificial static magnetic field-exposure is aimed chiefly at medical professionals and the research community studying alternatives to conventional pain medicine and physiotherapy. However, laypeople interested in non-invasive medical treatment options can also benefit from the easy-to-read layout of the contents of this volume.

Writing a foreword to a unique, fascinating, and excellent book is a great honor. The honor is combined with the feeling of pleasure and satisfaction as the whole creative process, the original concept, the brilliant ideas, as well as the experimental work I have known from the very beginning. The execution of original ideas needs enthusiasm, insistence, hard work, and first of all belief in that the concept is correct.

Dr. János F. László had original ideas, optimism, enthusiasm, and belief. He was a highly qualified physicist who approached the question of biological effects of static magnetic fields from the physicist’s point of view. He aimed at obtaining legitimate evidence on the biological effects of static magnetic field under both in vitro and in vivo circumstances. In addition, he and his coworkers, collaborators, colleagues were not satisfied with providing merely a description of the effect of static magnetic field, but tried to clarify the mechanism of action, the time-dependency of the effect, and the “dose-dependency” of the SMF-induced action. Why is this important? Static magnetic field (SMF) therapy is used by large numbers of people for self-care all over the world; however, the SMF dosage, treatment regimens, and mechanism of action have not yet been established. Therefore, it is of utmost importance to elucidate, first under experimental conditions, the mechanism of action, the optimal duration to SMF exposure, and the effective dosage. The research initiated, carried out, and permanently stimulated by János László focused on these unanswered questions.

As the book quite adequately reflects, the analysis and examination of the biological actions of SMF were based on a well-designed systemic study. Experiments were carried out first in microorganisms (bacteria) than in mollusks, followed by mammals (mice and rats), and finally in humans. Thus, the book synthetizes the biological effects obtained from both animal and human subjects – and what is exceptional is that the outcome and conclusion were based on the author’s own results – as opposed to the data in the literature. The final goal of all the studies was to establish the potency, efficacy, and safety of SMF which are the basis of its human application. Consequently, the results summarized in the present book have not only importance for basic science but also for clinical practice.

To my greatest sorrow, the preface cannot be finished by wishing the author further successful research and encouraging him to write the next volume about his newest findings. János László, shortly after finishing his excellent book, passed away leaving behind him many unanswered questions and unresolved problems. The present volume, however, will convince everyone that his oeuvre is complete, and this book which is based on wide collaboration of different fields of science will certainly constitute a determinant reference book for a long time in the field of magnetic field research.