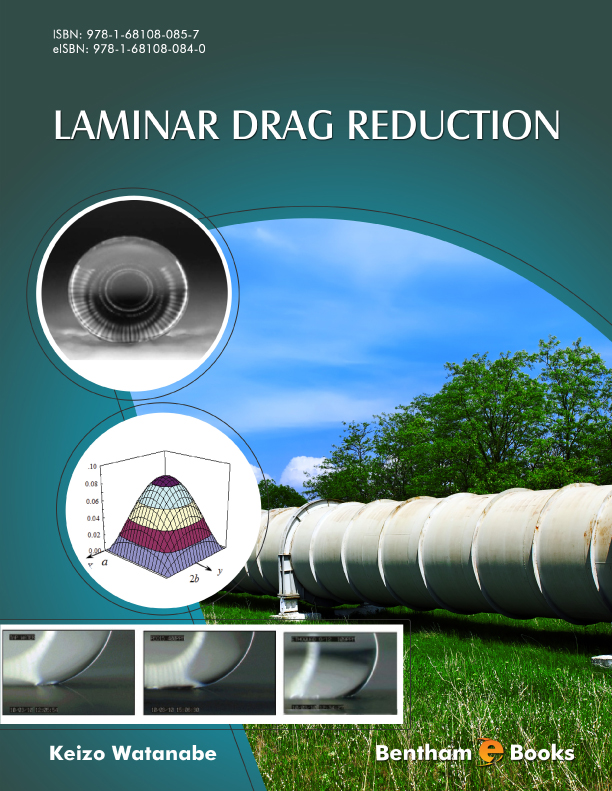 The phenomenon of resistance to motion through a fluid is believed to be a function of fluid-wall interaction. This theory is based on the assumption that under certain conditions a real fluid does not usually slip on the wall in contact with it and displays laminar flow. This set of conditions is known as a ‘no slip boundary condition’. But if a fluid is passed alongside a wall, the drag reduction in the laminar flow region can be calculated. In Laminar Drag Reduction, the frictional drag of an internal or an external fluid flow along a certain kind of hydrophobic wall is investigated. An analytic approach towards the mechanism of drag reduction is employed using Navier-Stokes existence and smoothness equations. The experimental results presented in this book show that frictional drag of a fluid alongside this hydrophobic wall decreases in comparison with fluid flow along a conventional wall or surface.

This form of laminar drag reduction represents a relatively new area of research, where the laminar flow can be controlled by microscopic surface modifications, allowing fluid flows to slip over a wall. Laminar Drag Reduction brings information about some interesting phenomena related to fluid slippage on a highly water-repellent surface. Readers, physics graduates and senior researchers alike, can benefit from the information presented in this book to tackle more challenging questions in fluid mechanics research.

Drag reduction is an area of research and development in fluid mechanics, where the energy efficiency of fluid transport systems can be improved by controlling fluid flows. For example, one can reduce the fuel consumption of aircraft, ships, trains and motorcars by applying different drag reduction technologies. Here, using less fuel does not only imply less emissions of harmful gases to environment, but also lead to a reduced noise level, contributing much to an enrichment of the quality of life. The Advisory Council for Aviation Research and Innovation in Europe (ACARE) has recently published the EU’s vision for future aviation, where CO2 and NOx emissions should be reduced by 75% and 90%, respectively by the year 2050, accompanied by a noise reduction of 65%. A new EU framework programme for research will be launched later this year with a budget of € 80 billion in order to achieve an economic growth of a sustainable society, where drag reduction technologies will play an important role in achieving breakthrough innovation.

Drag reduction can be obtained by controlling either turbulent or laminar flows. Turbulent drag reduction has been an active area of research, where turbulence can be supressed by flow surface modifications such as riblets, or drag-reducing additives such as long-chain polymers and surfactants. The latter is the drag reduction technique that the author of this book has extensively investigated over past years. The laminar drag reduction, on the other hand, is a relatively new areas of research, where the laminar flow can be controlled by microscopic surface modification, allowing the flow to slip over the wall. Here again, the author has contributed in establishing the mechanism of drag reduction by hydrophobic surface.

The majority of this book’s contents comes from the author’s own research. The first chapter gives an overview of drag reduction methodology and an introduction to the concept of fluid slip. This is followed by experimental and analytical results of flows through circular pipes and ducts with hydrophobic surface, where both Newtonian and non-Newtonian flows are discussed. Throughout these chapters, the mechanism of laminar drag reduction can be explained as a result of slip flows over microscopic patterns created by hydrophobic surface, where the mean velocity profile gradient is reduced. Flows between coaxial cylinders and over a rotating disk are discussed next, where changes in flow patterns over hydrophobic surface are described. The measured torque on rotating cylinders and disks confirmed that the laminar drag reduction can also be obtained over rotational components. The final two chapters of the book deal with flows over circular cylinders and spheres with hydrophobic surface, where experimental data are compared with numerical simulation results at low Reynolds numbers.

This book serves as a comprehensive guide to the latest information and understanding of laminar flow control using hydrophobic surface. It is highly recommended to postgraduate students, academics and researchers as well as to design and practicing engineers.