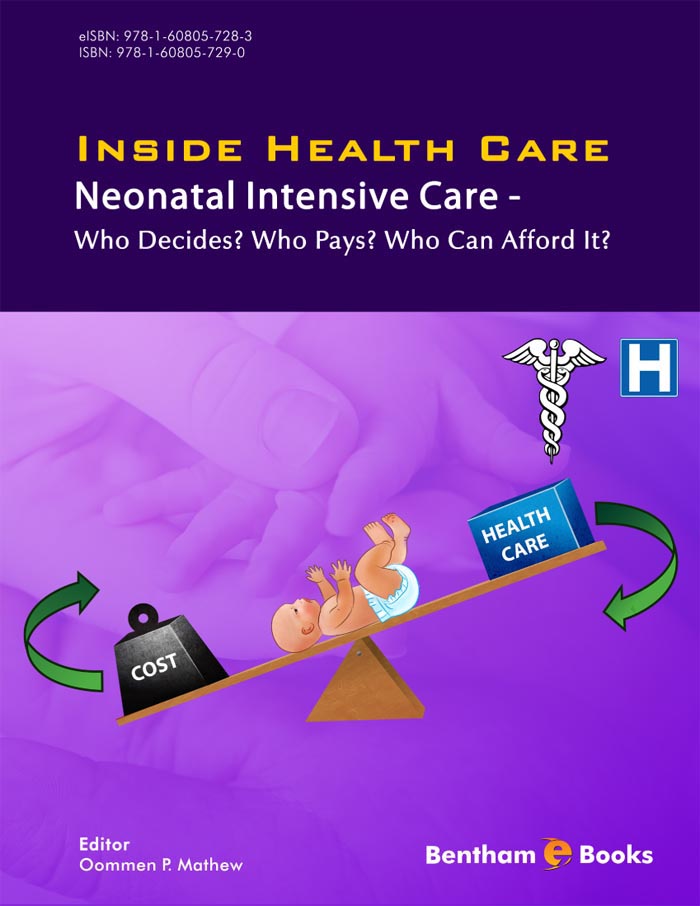 Inside Health Care: Neonatal Intensive Care - Who Decides? Who Pays? Who Can Afford It?

Health care in the US is facing a crisis, but there is polarization and disagreement among policy makers and the public about how to solve this crisis. The overall outcome is ranked much lower than most developed nations and nearly 50 million people are uninsured. Health care is big business and is 17 % of the gross domestic product. Inside Health Care highlights the lifesaving nature of neonatal care while shining some light on what can be done to maximize neonatal well being and efficiency in healthcare access and delivery. In this book, health care issues are brought under the lens by physicians who are involved in neonatal care which gives a the reader an authentic, yet unique perspective. The contributors also offer potential solutions to highlighted issues.

Readers will be able to understand the current status of neonatal care in the US and the issues facing decision makers and the health care industry in optimizing outcomes while limiting costs.

Better health, in the long run, makes an important contribution to the economic well-being and human happiness. Disparities in health care delivery exist everywhere in the world and the United States is no exception. Our health care delivery model, while spending more on health care than any other nation, is not based on health. No one disagrees with the observation that health care in our nation is facing a crisis, but there is polarization and disagreement among policy makers and the public about how to solve this crisis.

There are four important variables in health care delivery: access, outcome, costs and consumer satisfaction. Access is limited by affordability and choice and nearly 50 million people are uninsured. In the U.S. our overall outcome is ranked much lower than most developed nations. In general, consumer satisfaction is good and this is mostly based on those who are insured and have ready access. Health care is big business and is 17% of the gross domestic product. Everyone agrees that we are on an unsustainable course and health care costs needs to be reined in. Yet, change is difficult because there are beneficiaries to the status quo. Even hospice care, once a charitable cause, has become a growth industry with nearly 2000 for-profit providers.

Countries such as Singapore, Japan and Sweden are far better than the US in infant mortality. If health care spending is the primary determinant of outcome, United States should be way ahead of all other countries. Despite the sophisticated health care system and cutting edge technology, infant mortality rate in the US is higher than that of Cuba. Emphasis on prevention has paved the way for a better outcome in Cuba in spite of its primitive health care technology. This clearly demonstrates a malalignment of resources and priorities in the U.S.

We know that a large amount of money is spent on providing care in the intensive care setting to the terminally ill. This includes both spectrums of life: elderly and the newborn. Yet, so far, very little attention has been focused on the newborn. The primary aim of this eBook is to highlight the lifesaving nature of neonatal care while shining some light on what can be done to contain cost while optimizing care and outcome. In this eBook we look at health care issues from the inside by physicians who are involved in neonatal care. Current status of neonatal intensive care in the USA is reviewed in the first chapter. Global perspective on neonatal care is presented next. Medico-legal issues are an integral part of providing care to the fetus and the newborn in the U.S. and are addressed in the next chapter. Decision making in neonatal care involve multiple variables. The chapter on treatment options explores these questions in details with special emphasis on ethical and moral issues. Neonatal issues contributing to the current health care crisis are addressed next. Cost containment, in a way, is at the center of this crisis. It is also linked to the question of who pays. Resource allocation is a policy issue and should be addressed at the federal and state levels with input from all constituents. Parents of sick neonates and physicians caring for them are consumed by the critical nature of the illness and are ill suited to argue for what is best for the society in the middle of their individual fight. The second part of the eBook is aimed at highlighting difficult treatment options facing the parents and physicians during the course of selected disease processes affecting the newborn. This provides a unique insight and a prism through which one has to look through to understand why intensive care is so expensive. A mother experiencing different stages of guilt of impending loss may take variable period of time to agree on comfort care rather than intensive care.

Potential solutions are discussed in the last chapter. Some issues can be fixed by improving efficiency, eliminating waste, and changing incentives, whereas others need to be debated by the society as a whole to arrive at a general consensus. Ultimately, there are no easy solutions or simple shortcuts to the complex problem facing our country today. Technology may turn out to be both a curse and a blessing from the point of health care expenses.