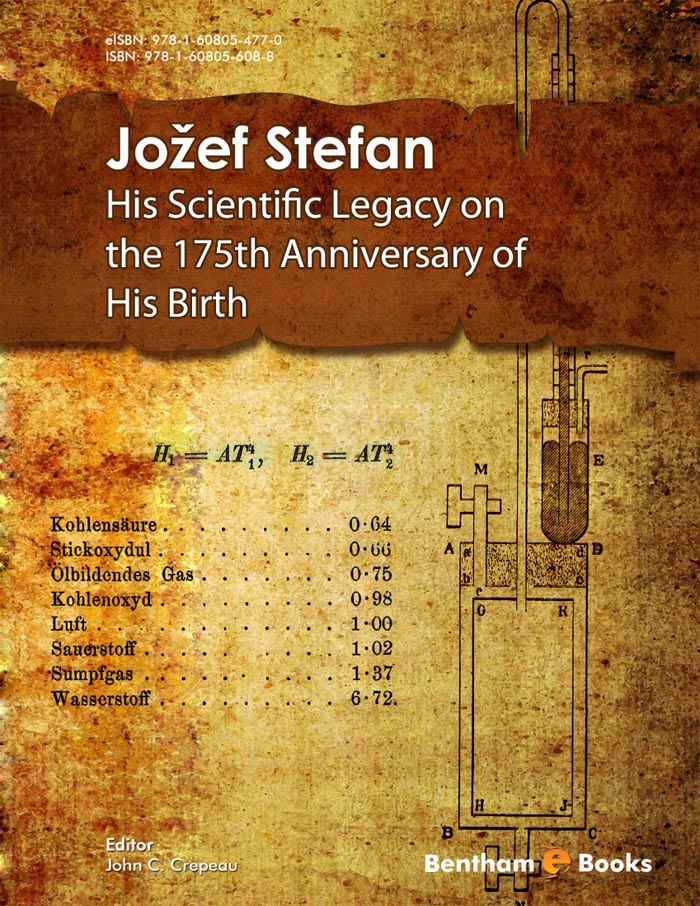 The listed selection of previous related studies have not at all exhausted various interesting aspects of Jožef Stefan, and the present book, carefully coordinated by Professor John Crepeau, gives additional insights. Particularly interesting are the discussed relations to his teachers and students, contemporaries, his poetry, his attitude to Vienna and his birthplace in Carinthia, his influence on other scientific disciplines besides physics, and a novel description of the far reaching influence of Stefan's achievements. The book is unique, since it represents a first publication of this kind, where authorities M. Assael, J. Crepeau, W. Lipínsky, J. Mitrovic, A. Narasimhan, W. Reiter, J. Strnad, C. Vuik, and W. Wakeham consider an interdisciplinary view on the subject. The book was encouraged by ever increasing and breathtaking number of publications, connected with Stefan's name on one hand, and a lack on a broader and more complete view of this modest genius on the other hand. The book is not only dedicated to science historians but also for those interested in the humanities.

The book will, without doubt, influence further interest in Jožef Stefan, and encourage acquisition and analysis of further reference materials.