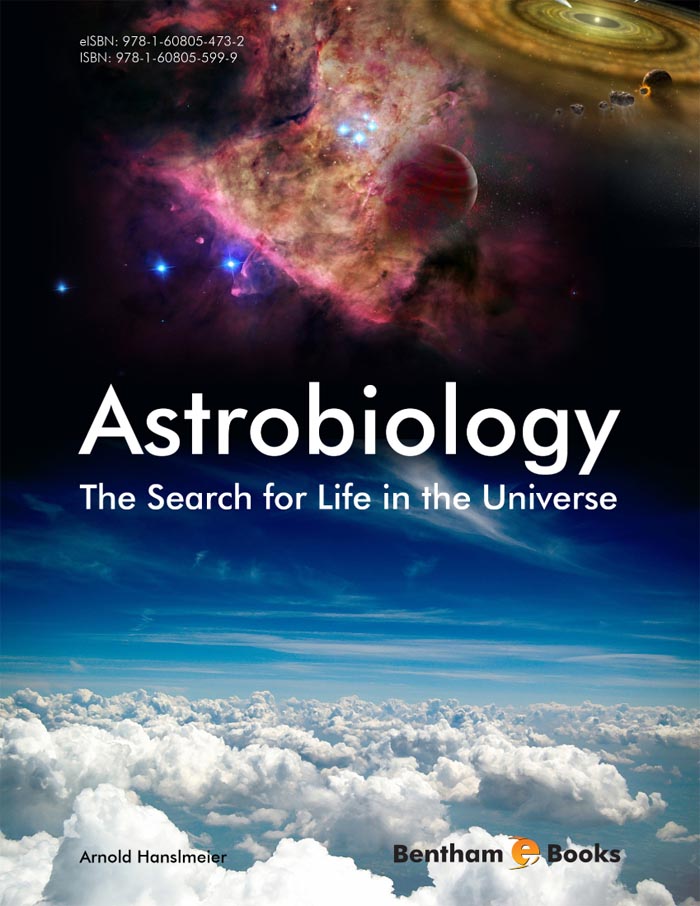 Astrobiology, The Search For Life In The Universe

Astrobiology refers to the study of the origin, evolution, distribution, and future of life in the universe. This encompasses extraterrestrial life and life on Earth. Astrobiology is an interdisciplinary field that is gaining a rapidly growing interest among both the general public and the astronomical research community. This e-book explains the detection and evolution of exoplanets and discusses the question of habitability on such objects. Chapters in this text include cited references enabling the reader to acquire more information on specific aspects of astrobiology. It is also a suitable textbook for introductory taught courses in universities and colleges on the subject.

Astrobiology is a relatively new science focusing on the study of the Origin of Life, evolution, biodiversity, and the future of life in the universe. This domain gathers scientists from various fields (microbiology, ecology, geology, chemistry, biochemistry, astronomy, astrophysics and paleontology). Astrobiology tries to answer the questions of what is life? Are we alone in the Universe? In addition, this science devotes deep analysis to the extraterrestrial worlds and where does life possibly exists. This volume deals with several aspects of the astrobiological questions about ”life” on our planet and elsewhere in the Universe. The activities toward searching for and finding life in the Universe is a fascinating topic, albeit not an easy one. Life exists almost all over our Earth, in very diversified ranges of habitats, from ”normal” fields to extreme environments. The subdivisions in the ten main chapters of this book allow the subjects to be examined in depth., from the first chapter with ”what is life” to the last, with ”Search of Life”. The author has penetrated deeply into the range of Astrobiology topics, so the reader gains a thorough grounding in each of them-the author has composed a veritable encyclopedia for this field.. The Earth position embedded in the solar system, its distance from the sun and its surrounding with the encircling atmosphere is similar to the fairy tale of Goldilocks case. These factors (position in space and the atmosphere of Earth) protect life by providing ambient temperature and by avoiding the penetration of energy particles, energy radiation, UV radiation (via the ozone screen), and by keeping the temperature in a normal level, and irradiating with the right wavelengths of visible light and save our planet from other negative factors. From the solar system’s eight planets and several satellites (or moons), some of might be candidates for habitable places. The prerequisites for signs of life are the presence of liquid water, an energy source, and complex carbon-based structure. There is currently indeed an active search for habitable zones among the Solar System and extrasolar planets. The assumption is that in the huge cosmos, there must be civilizations similar to what we have on Earth. Furthermore, among the celestial bodies of the solar system are promising chances to detect Life, mainly in the subsurface of places such as Mars, Europa, Titan and other extraterrestrial places. Mars itself was once warm and wet with lakes, rivers, canyons and gullies where water used to run (based on the photos of the flyby space crafts and rovers on the surface). NASA (2006) reported that water has been flowing at the gullies on crater walls in the southern Martian pole. In Vostok station in Antarctica, there exists an ocean four km under the ice layer. A similar but much larger subsurface ocean exists in Europa (moon of Jupiter). This Europa Sea is found at a depth of a few kilometers under the frozen icy cover and is estimated to be a 100-kilometer-thick layer of water. Titan, the large satellite of Saturn, has dense atmosphere (pressure of 1.5 Bar) of nitrogen and methane and lakes of liquid ethane and methane; the surface temperature is - 179C. Our information about Venus does not let us consider it as habitable body. In the past, however, Libby (1968) built a model where ice caps are at the poles and in a certain region, this planet may carry life (Sagan, 1967: Seckbach and Libby, 1970, 1971). The extremophiles (organisms thriving in very severe environments) might be good analogues or models for extraterrestrial life. Among these extremophiles are hyperthermophiles (tolerating very high temperature levels, up to 160C in deep sea hydrothermal vents), cryophyles/psychrophiles (microbial growing in very cold temperatures, of ?20), acidophiles (microbes living in pH 0 to 4), alkaliphiles (thriving at pH 8-11), barophiles (organisms under high pressures), xerophiles (adapted to grow under limited supply of water), halophiles (microorganisms that need high salt concentration to grow) (see Seckbach, 2007; Seckbach, et al. 2013). These terrestrial extremophiles might be in active metabolism or at rest in a dormant stage even for million years in isolated subsurface, mines, salt crystals, under glaciers or at the bottom of the oceans. An active search for celestial life would be for life types that are characteristic of ”life as we know it” and the passive search, for ”life as we do not know it.” Using huge antenna dishes the SETI group is searching for intelligent civilizations with radio message broadcast into the huge galaxy neighborhood. Since the target distance toward exosolar systems is many light years away from us, the hope is to receive a reply during the next years. The reading audience of this book should include graduate students and scientists (in the fields of astronomy, astrophysics, astrobiology, geology, biology) as well as interested ”open-minded” readers. Each chapter provides many references for further elucidation presented of the topics offered. The astrophysicist author of this book assembled collections of updated scientific data which complement his publications of other books in related areas. It is hoped that the readers will gainfully extract astrobiological information from this work and also enjoy the colorful figures and illustrations accompanying the text.