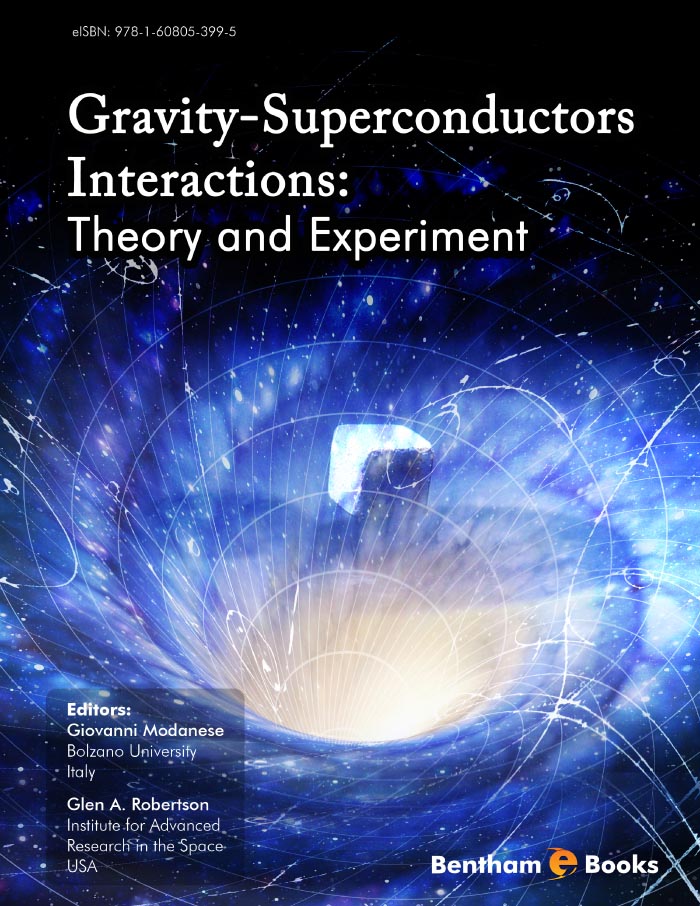 Recent developments in gravity-superconductivity interactions have been summarized by several researchers. If gravitation has to be eventually reconciled with quantum mechanics, the macroscopic quantum character of superconductors might actually matter. This e-book attempts to answer one key question relating to gravity research: Is it possible to generate gravity-like fields by condensed-matter systems, in conditions accessible in a laboratory? General Relativity and lowest-order Quantum Gravity predict in this case very small emission rates, so these phenomena can only become relevant if some strong quantum effect occurs. This e-book is unique in its genre as it maintains a careful balance between different techniques and approaches in gravity and superconductivity research. It will be of interest for researchers in General Relativity and gravitation theories, in field theory, in experimental gravitation, in low-temperature and high-temperature superconductivity and in more applied fields such as telecommunications and beam propulsion technology.

It is our pleasure to write the Foreword for Gravity-Superconductors Interactions, the first eBook to further its goal of presenting to the scientific community the state of theoretical and experimental research concerning the latest results in the emerging field of physics for novel gravity-like fields that might represent a new paradigm shift regarding the very nature of gravitation.

We were privileged to work together for several years at the European Space Agency (ESA), experiencing first-hand the immense technical difficulties and extreme cost to place relatively small payloads into low earth orbit. Space propulsion is still dealing with the technologies developed in the 50s and 60s of the last century, and the vision portrayed by Werner von Braun in his famous article in Collier's magazine in 1952, entitled Man on the Moon, did not become a reality.

The shuttle era is coming to an end soon, and NASA is thus preparing to fly as soon as possible its next generation space vehicle, Ares I-X, a two stage rocket, which, to some extent, is looking like a modernized version of the Saturn V rocket from the Apollo moon program developed by von Braun in the 1960s. In his recent article, T. Jones in Aerospace America, May 2009, is describing clearly the enormous development efforts, the vast infrastructure, and the sophisticated technology required to eventually deliver 25 metric tons of payload into low earth orbit, which is somewhat less than the 29 metric tons of the soon to be retired space shuttle. Despite all the engineering ingenuity, undoubtedly displayed in the design of Ares I-X, it is a sobering lesson to learn that these extreme technological efforts will result in a space transportation system of relatively modest capability, but being of highest technological complexity.

The problem is not with the engineering, which even goes beyond the present state of the art. It is linked to the underlying propulsion physics that remains unchanged since the days of ancient Chinese rockets. It is the physical principle of classical momentum conservation which stands in the way of producing an efficient and effective propulsion system. It is the basic physics itself that prevents progress. The same holds true in the field of energy generation, especially fusion which may be out of reach as was discussed in the recent article by M. Moyer entitled Fusion's False Dawn in Scientific American, March 2010. As it seems, only novel physics can overcome this barrier.

Therefore, the motivation to further exploring the mysterious nature of gravitation is understandable, aiming beyond Newtonian (Einsteinian) gravity. Gravitation has maintained the interest of researchers at every stage in the history of physics, and it became Einstein's quest to unify gravitation with the other forces since 1916, the year he published his general relativity theory. The still unfinished manuscript on his desk, found after he passed away, clearly showed that he was still elaborating on his lifelong dream, namely to extend the description of the force of gravity as geometry, which had worked so marvellously well in the case of gravitation, to the other physical interactions. The geometrization of physics, i.e., associating a metric tensor with each physical interaction, is still an open question, and it remains to be understood, if and how this beautiful principle can be extended to encompass all the other forces.

Hence, it should be no surprise that new theoretical attempts along with experimental work are presented in this eBook to continue where Einstein was forced to leave off. The quantization of the gravitational field has been unsuccessful, despite great efforts in this direction. The problem may be that the number of fundamental forces is not known, in other words, there is a belief that only four forces exist (strong, weak, electromagnetic, and gravitational force). Perhaps gravity is of a more subtle nature than Newtonian gravity, and an interaction between gravity and electromagnetism might exist? At least, the Maxwell equations of electrodynamics and the linearized Einstein field equations, termed Einstein-Maxwell equations, show surprising structural similarity.

New gravitational experiments have been published since 2006, and geometrical theories from the 1950s (for instance, by Finzi, Heim, Wheeler) were extended and combined with concepts of modern physics (symmetry, symmetry breaking, London equations, Ginzburg-Landau theory, spacetime as a physical field, etc.) and have gained some prominence, trying to explain novel experimental results for extreme gravitomagnetic and gravity-like fields. In his monograph on Quantum Field Theory, M. Kaku presents a calculation of the Coleman-Weinberg potential that might be employed to calculate the coupling strength for the extreme gravitomagnetic fields. Most recently, as pointed out by A. Zee in Quantum Field Theory in a Nutshell, gravity might be the square of two spin 1 fields (it should be noted that particles of spin 1 can be described by Yang-Mills fields), an idea that also might be applicable in the explanation of the experiments on extreme gravitomagnetic fields that are 18 orders of magnitude larger than those predicted by general relativity, and, if confirmed, are outside general relativity. These and other exciting ideas are presented here to the reader, and might shed new light on the nature of gravity as well as the number and type of fundamental forces that exist in Nature.

Novel theories on the geometrization of physics should provide new statements and propositions that unmistakably should lead to recognizable facts, which should, for instance, occur from the existence of extreme gravitomagnetic and gravity-like fields observed at cryogenic temperatures, rather than by speculation or chance. As Einstein felt, the most important objective of any theory is to comprise as few and basic elements as possible without contradicting physical experience in conjunction with practical applications. For example, as presented in this text, a relationship between the different phenomena of electromagnetism and gravitation might have been discovered. Any novel theory must be verifiable by laboratory experiments or astronomical observations. In order to verify a theory, it must provide a procedure on how the measurable information can be extracted. Since experiments do not produce physical principles, any novel theory must produce meaningful forecasts and also be falsifiable.

According to Dirac's dictum: a special regulator of a theory that reflects quality is its beauty. Einstein's theory of general relativity is an example of such a theory. The successful geometrization of physics combined with proper symmetries (group theory) would fit this picture as would the experimental generation of gravity-like fields at cryogenic temperatures by symmetry breaking.

In this eBook, these two important topics are addressed and discussed from various points of view. Needless to say, beauty cannot be the sole yardstick for the correctness of a theory or physical phenomenon, and there is always the danger that, for instance, physical models are invented to fit an experimental situation. An example to be remembered are the (non-existing?!) gravitational waves measured by Weber. It is of utmost importance that any discovery is verified by other laboratories before it can be claimed as valid. Verifying gravitational experiments is not an easy endeavour since highly sensitive devices have to be produced and utilized at cryogenic temperatures, often at liquid Helium temperature. Even if experimental findings or theories eventually cannot be verified, one should not denounce the serious experimenter or theorist for failure, since the history of science has shown that every step forward is a complicated venture, needless to say that all programs for novel theoretical models initially contain many unclear points. But this is true even for established theories. The theory of general relativity has unified gravity with inertia. The equation of motion is for material points moving along geodesics. General relativity interprets gravitation in terms of curvature of spacetime that is, the homogeneity and isotropy of spacetime are violated. Energy and momentum conservation are valid only in flat spacetime, Since gravitational waves require the full nonlinear Einstein field equations, the superposition principle does not seem to hold, in contrast to electromagnetic waves. This would be true only in the weak field limit.

Recently, a number of important and interesting experimental results on gravitomagnetic and gravity-like fields, generated in the laboratory, have been obtained. Gravitational experiments are notoriously difficult as can be seen from the fact that the physics of gravitational wave astronomy, despite the early efforts of J. Weber starting out in 1969, is still not an established fact.

As was pointed out by the well known theoretical physicist Richard P. Feynman in his now famous lecture, There's Plenty of Room at the Bottom, given already in 1960, and published in the journal Engineering and Science (February 1960), there occur numerous strange phenomena in the complex situations of solid state physics. He prophetically foresaw an enormous number of technical applications that could arise from such physics. He also mentioned Kammerling Onnes, the pioneer of low temperature physics and superconductivity. Why should it not be possible that a combination of low temperature and solid state physics could lead to strange phenomena and, this is the most important point, to a large number of technical applications, but this time in the field of gravitational engineering? This is what this eBook is all about.

Finally, in order for science to progress, both theorists and experimenters have to be willing to take a certain scientific risk that is, getting off the trodden path. If a blind alley is met, the courage to reverse one's direction of research is required. If, however, ideas of novel gravitational fields at cryogenic temperatures turn out to be true, the new scientific age of gravitational engineering might have begun. It also would mean that famous string theory is not the answer or, at least, not the complete answer, and thus will not reveal the secret of the Universe.

Whether or not this eBook is telling the final scientific truth, or even stands for a paradigm shift cannot be decided at this moment. Nevertheless, we are convinced that substantial benefit for the reader does come from it.