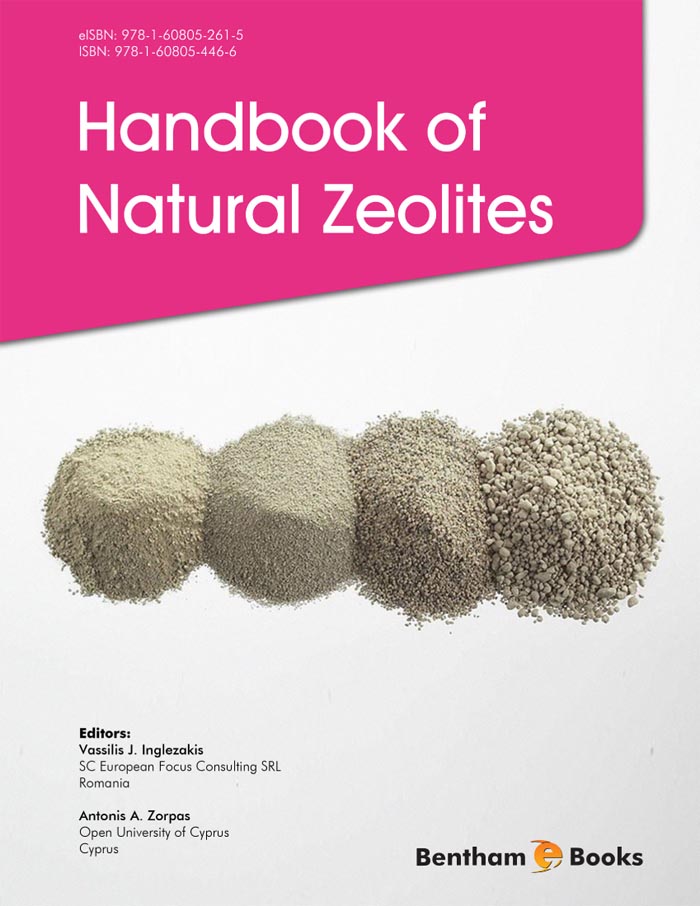 Handbook of Natural Zeolites provides a comprehensive and updated summary of all important aspects of natural zeolites science and technology. The e-book contains four sections covering the relevant scientific background, established technologies, recent discoveries and future perspectives. All 28 chapters in this handbook are presented by highly respected scientists and leaders in natural zeolites science and include extensive references. The text in this e-book is supported by excellent figures and tables. As a result, novices and established scientists alike will find this comprehensive volume a great resource for years to come

Zeolites are formed in nature by a wide range of geochemical processes at countless localities. The pioneering work in the 1930s by Professor Richard Barrer, and that other early workers, studied specimens taken from amygdales and veins arising from hydrothermal activity. These zeolites are of well-formed crystalline habit and many magnificent examples can be seen in all major museum mineral collections..

The interest in natural zeolites grew in the 1950s when they were recognised as important rock-forming minerals in a variety of sedimentary rocks where they occur as finely crystalline microscopic crystals. They are amongst the most common silicate minerals in these rocks, and occurrences of this type are vast. They are of great geological significance- as well as being of considerable economic potential. Commercial mining of sedimentary zeolites takes place in at least 17 countries and the products of this activity find a wide range of uses ranging from soil amendment, aquaculture and environmental improvements- especially in waste water remediation.

It is 10 years since the last book on natural zeolites was published so an update is due, but this book is particularly welcome because of its clearly intended function as a teaching tool coupled with a detailed coverage of natural zeolite use in current commercial processes and future market potential. It is an honour to be invited to provide this foreword.