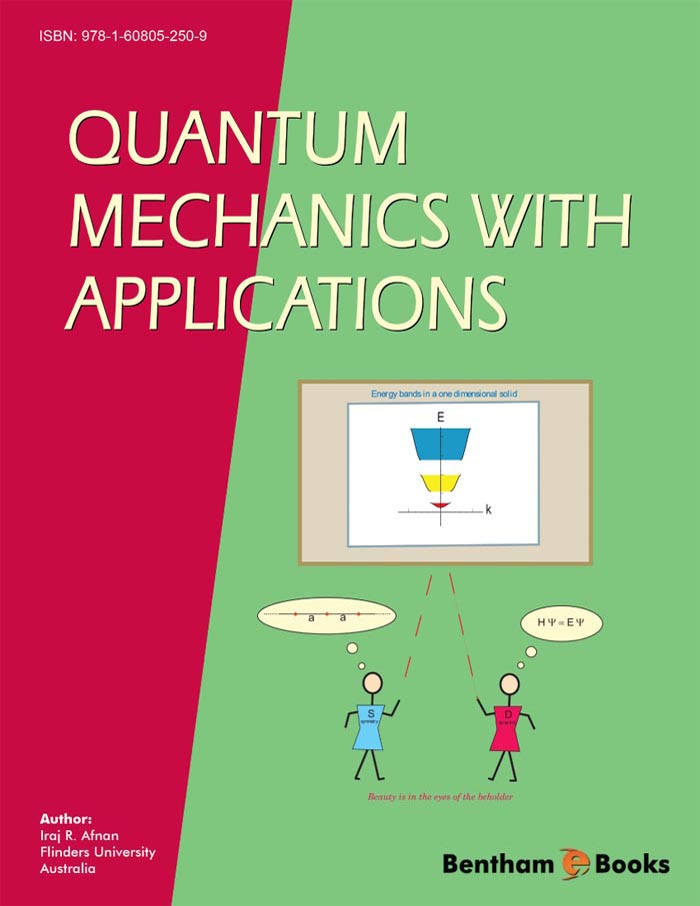 The ebook introduces undergraduate students to the basic skills required to use non-relativistic quantum mechanics for bound and scattering problems in atomic, molecular and nuclear physics. Initial emphasis is on problems that admit analytic solutions. These results are then used in conjunction with symmetry to develop approximation methods for both bound and scattering problems. The text concentrates on the application of computational problems to introduce the basic concepts of quantum mechanics. These are then used to study more complex problems that can be reduced to one-body problems.

This eBook contains the lecture notes that Iraj Afnan produced for students who were taking his two-semester course on quantum mechanics. In 1990 I had the privilege of taking the class that covered the second half of this material. Those lectures were given to Flinders University Physics students who were in the last year of their undergraduate training. It is a testament to the sophistication of Iraj’s presentation that the content of that course covers the curriculum of many first-year graduate classes on quantum mechanics at US institutions.

As Iraj points out in his preface, the way he taught the subject emphasized on computation of the observable consequences of the theory over derivations, theorems and philosophical issues. This was of great benefit to the students who took his course, since we learnt how quantum calculations are really done. These notes show how to start from first principles and use the formalism of quantum mechanics to elucidate the consequences of the theory for various systems. The symmetries of nature also play a prominent role in Iraj’s treatment, and respect for those symmetries was something that he inculcated in all his students. The powerful way in which the quantum theory describes the sub-atomic world is thus brought home to the reader throughout the text, especially as Iraj draws his examples and problems from many subfields of physics: condensed-matter, atomic, molecular and nuclear.

But, Iraj is, as usual, too modest about his own achievements. Although his writing does not lay excessive emphasis on the formal structure of the theory, his deep understanding of quantum mechanics means that its beauty still shines through. Iraj always said “Ugly physics is bad physics”, and it was a maxim that he lived out in his carefully crafted, finely honed, fifty-minute expositions of a topic. Indeed, Iraj would amaze his class by barely glancing at these notes (which he had given us typed copies of at the start of the semester), while presenting an elegant derivation that stretched over the entire lecture period. He would carefully cover several blackboards with systematic calculation in his very neat handwriting, without having to erase anything or correct himself. Iraj was able to do this because he knows the quantum theory inside and out. That knowledge, gained as a practitioner and outstanding researcher, makes his insights into the subject very valuable.

I did my Ph.D. under Iraj’s supervision between 1992 and 1995. Whenever I got stuck in my research I would often turn to these notes from his quantum-mechanics course and so force myself back to basics. A few years later, one of the research papers I wrote while a post-doc had its genesis in the derivation of the effective-range expansion is presented in Chapter 14. Indeed, my research on effective field theories for nuclear physics has been significantly shaped by the excellent presentation of scattering theory and separable potentials that are provided here. I have found that if my own Ph.D. students can master the material presented in this eBook then they have a thorough grounding which they can use to read many key research papers on the theory of few-body quantum systems.

I am delighted that the new medium of the eBook is allowing Iraj to share his careful and clear presentation, as well as his unique insights into the subject, with a broader audience. I am sure that readers of this text will benefit greatly from his wonderful exposition of quantum mechanics.