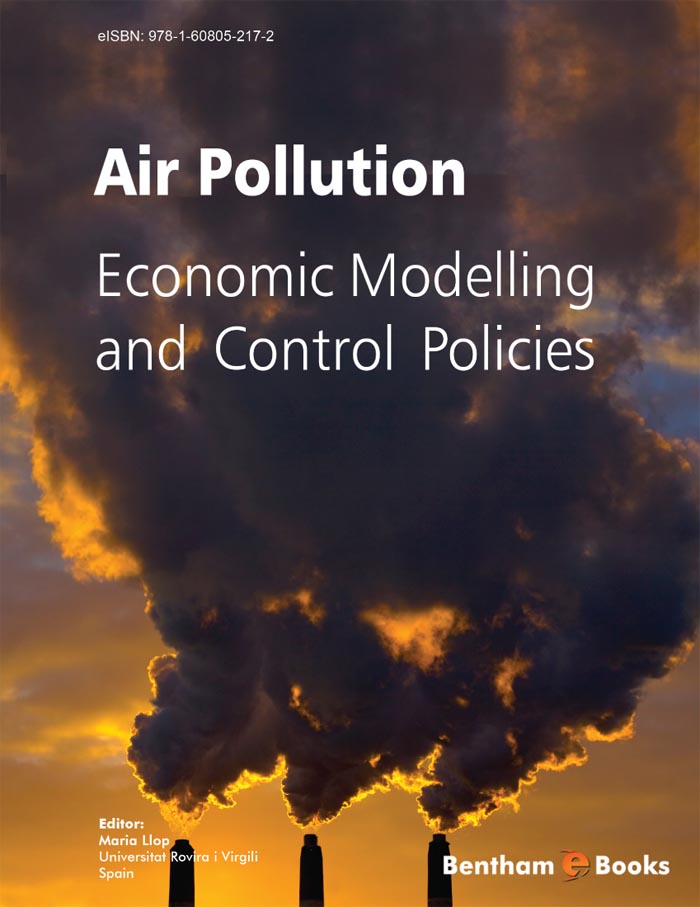 Environmental pollution has received the attention of both economists and ecologists who have integrated their ideas and concepts in recent decades. Production and consumption of material goods generates residuals that are disposed in the environment. Air emissions constitute one of the most important residuals, including greenhouse gases, as well as localized substances toxic to human health and the environment. How economic activity affects gas emissions is valuable information for pollution control and is extremely useful for defining and implementing successful environmental policies, aimed at improving the global efficiency of an economy.

The e-book presents the relationship between economic activities and air pollution. It describes research contributions focused on showing the properties and the usefulness of National Accounting Matrices with Environmental Accounts (NAMEA). Additionally, demonstrates the most recent advances in the input-output methodology and linear extended multisectorial models to capture the gas emissions processes with empirical applications of these methods to specific countries. The contents of the e-book make it an interesting platform of new knowledge for both academic public and people in national agencies of environmental regulation.

One of the most important problems facing the world this century is to preserve nature from the action of humans. In particular, humankind’s use of production and consumption processes in which non-renewable material resources, like fossil fuels, are intensively used has given rise to air pollution emissions that lead to the greenhouse effect and climate change. These phenomena are so important that the world’s leading governments have expressed their concerns in world summits in Kyoto and other cities (including the summit recently held in Copenhagen). During these summits, countries from all over the world have entered into agreements and negotiations to reduce the emissions of polluting gases and avoid climate change. Unfortunately not all countries have signed the agreements to reduce emissions among which are such leading players as the United States of America and China.

It should be pointed out that implementing the agreements made at these world conferences is not easy because the economic cost is sometimes very high. To reduce emissions a country can decrease its economic activity (which is very unlikely from a political point of view) or replace dirty economic activities with clean production and consumption processes. On the other hand, a clean atmosphere is a pure public good so no matter what countries do, they always benefit from the clean activities of other countries, which makes the problem more difficult to solve from a political point of view.

If we look at the problem from a purely economic perspective we should bear in mind the so-called Stern report, which makes an economic cost benefit analysis of the problem facing humankind. It first estimates the economic cost of doing nothing, and then compares it with the cost of taking steps to avoid climate change. The conclusion is that it pays to act today and not leave the current economic process unchanged. However, it is important to stress that not all countries are in the same economic situation so it is not clear which countries should pay for a clean environment when the benefits are for all. It is therefore important to analyse the specific situation of a particular country to make an individual balance of its situation.

This book, in the methodological tradition of Leontief, presents groups of first-class researchers and their recent studies on emissions in a variety of countries (Spain, Turkey, Portugal, Greece, Japan). They also construct data sets so that the situation in other countries can be estimated. However, they do not merely provide a number. They also identify those sectors of the economy that are responsible for the emissions so that specific policy recommendations can be implemented in an attempt to solve the problem. They also analyze the cost of substituting dirty economic activities for clean ones. Readers will benefit from all this information if they decide to read this book.