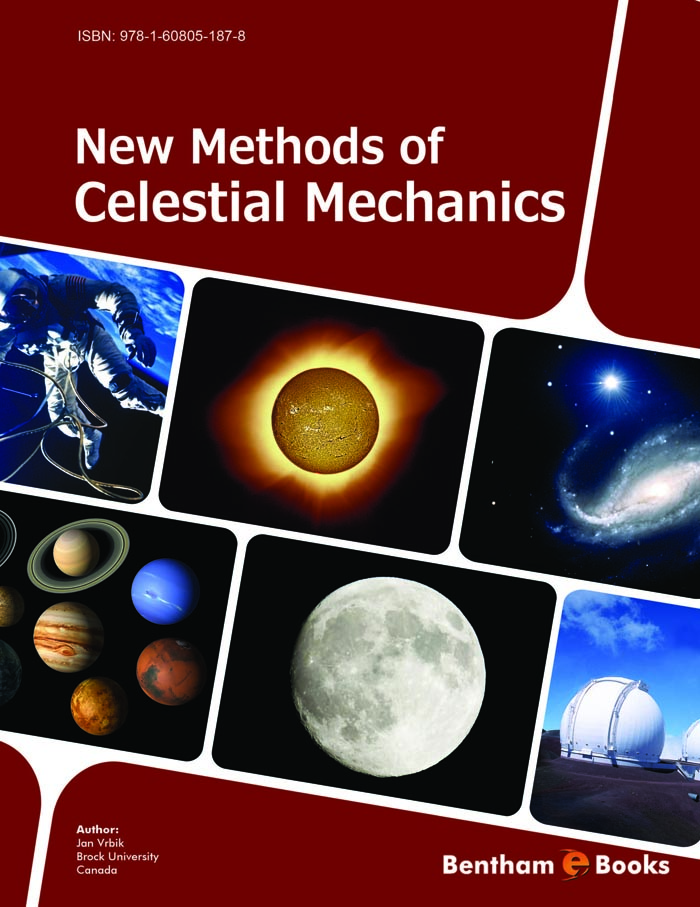 The book attempts to explain the main features of celestial mechanics using a new and unique technique. Its emphasis, in terms of applications, is on the Solar System, including its most peculiar properties (such as chaos, resonances, relativistic corrections, etc.). All results are derived in a reasonably transparent manner, so that anyone with a PC and a rudimentary knowledge of mathematics can readily verify them, and even extend them to explore new situations, if desired. The more mathematically oriented reader may also appreciate seeing quaternions as the basic algebraic tool of the new approach. Practicing astronomers may also be happy to learn that the method has eliminated the problem of zero divisors, and does not require using the rather controversial averaging principle. The book is intended for astronomers and mathematicians interested in mechanical motion.

This book will be valuable both to students and experts who are interested in elegant and efficient mathematical methods for achieving quantitative understanding of satellite orbit perturbations. Until the 20th century, celestial mechanics was the primary domain for development of analytic and computational techniques in mathematics, from treatment of complex singularities by Cauchy to recognition of chaos by Poincare. Classical mechanics was then pushed to the background by the rise of quantum mechanics until the beginning of the space age in the 1950s, when celestial mechanics was revived as a foundation for the new field of astromechanics to control space flight and artificial satellites. With its narrow mission-oriented focus, NASA incorporated 19th century mathematics into the space program without recognizing the importance of sponsoring further development of mathematical and computational techniques. Nevertheless, development continued to be driven by intellectual forces. This book is a good example of one outcome. Let me place it in a historical context.

The singularity of the gravitational potential presented a persistent problem in orbital mechanics until 1920, when Italian mathematician Tullio Levi-Civita discovered a change of variables that regularized the singularity and linearized the Kepler problem by transforming it to the form of a harmonic oscillator. However, his technique employed complex variables in way that limited the result toplanarmotion, and he was at a loss to generalize it to 3D. Thus, it remained as a mathematical curiosity until the 1964 Oberwolfach conference on Mathematical Methods in Celestial Mechanics when, in an opening address in the grand tradition of David Hilbert, Swiss mathematician Eduard Stiefel posed the generalization of Levi-Civita regularization to 3D as one of the great unsolved problems of mathematics. Then in dramatic fashion at the afternoon session, an obscure young Finnish astronomer Paul Kustaanheimo clamored for the podium to announce that he had solved the problem.

Kustaanheimo employed idiosyncratic spinor methods to generalize Levi-Civita’s approach [23]. Unsatisfied with that, Stiefel transformed it to a more conventional matrix formulation now generally known as the Kustaanheimo-Stiefel (KS) transformation. Recognizing its advantages for perturbation theory in celestial mechanics, Stiefel promoted it in research and publicized it in a book [32].

After I heard this story about Kustaanheimo from a Finnish colleague, I reformulated the KS transformation in terms of geometric algebra, which I found clarifies its geometric structure and physical significance [20]. Pleased with the result, I called the method Spinor Perturbation Theory and incorporated it in my mechanics book [21]. Soon thereafter, a researcher in the space program informed me that he applied it with considerable success in the design of software to control artificial satellites, but that was never published or followed up by others.

As abundantly demonstrated in this book, Vrbik has adopted the method and pushed it to a new level of perfection with detailed applications, including some of the trickier problems in planetary celestial mechanics. The reception to this book may well determine if Spinor Perturbation Theory is ultimately placed among the celebrated achievements of celestial mechanics.

Vrbik tells me he chose to formulate his theory in terms of quaternions rather than geometric algebra because the former has an established tradition in celestial mechanics. On the other hand, geometric algebra enhances the value of quaternions by clearly integrating them with vector algebra and spinors, thus resolving a history of confusion and controversy and consolidating their place in the broader context of mathematical physics [16]. It is an easy and instructive exercise to relate the quaternion formulation in this book to the spinor formulation in mine. The serious student will be in for some surprises.