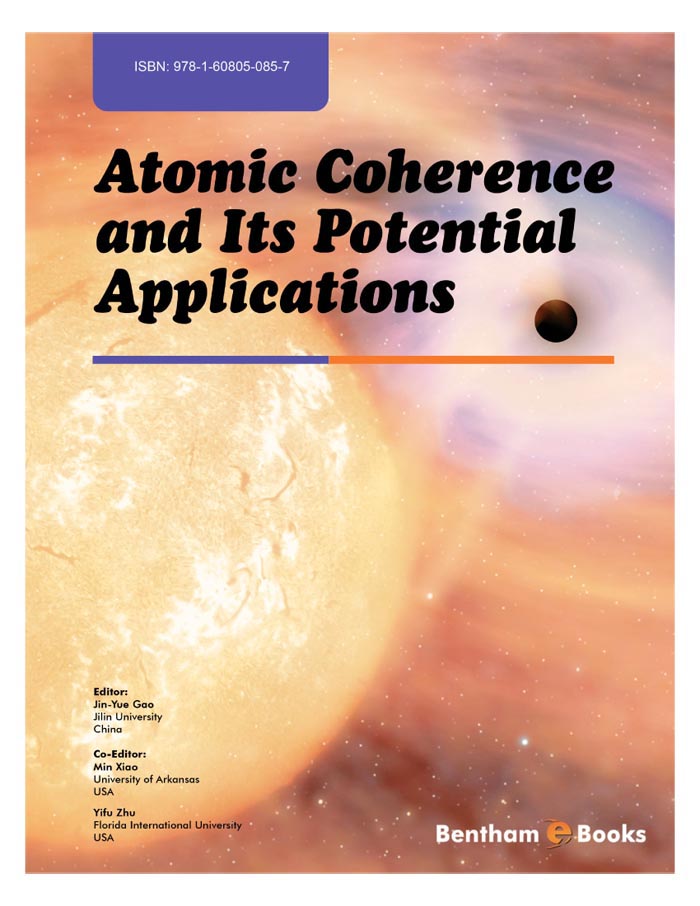 Atomic Coherence and its Potential Applications

This comprehensive text describes the phenomenon of atomic coherence and the applications in several processes. Various sections have been written by eminent authors who have made extensive contributions in the field of quantum interference. Discussions are on microscopic nano-resolution techniques, lithography, photonic band gap control and much more. The Ebook is unique in its approach with experimental demonstrations and it should be a particularly useful reference for aspiring theoretical physicists, looking for a comprehensive review of applications in this active research field within a single book.

In quantum mechanics it is known that if a transition takes place from an initial state to a final state via several different paths then one should add coherently all transition amplitudes before calculating the expression for transition probability. The coherent addition leads to quantum interferences and these are quite ubiquitous for quantum systems. Further any interactions in the final state would significantly affect the transitions rates. This was first extensively discussed by Fano and led to flurry of activity both theoretical and experimental. Such interferences are even more pronounced for higher order processes. Early experiments on multi photon processes and more specifically on the competition of one photon and three photon processes showed very remarkable role of interferences. The coherent path ways naturally lead to the production of atomic coherences. About two decades ago the scientific community realized the great potential ofquantum interferences largely due to the work of Steve Harris and collaborators. By now we have seen many important applications of quantum interferences and atomic coherences and many ofthese applications have been thoroughly reviewed. However newer and newer applications continue to appear and one needs a good discussion at one place rather than going through the large volume of papers.

The current book by Gao and collaborators fills a gap and provides a comprehensive discussion ofa variety of important new applications. These for example include- methods to reach the white cavity limit; production of nano scale resolution for microscopy and lithography applications; production of controllable photonic band gaps; creation of memory elements.

The material has been prepared by authors who themselves have extensive contributions to the field. The book is timely and should be quite useful for young researchers and those who like to get a feel for the great potential of quantum interferences and atomic coherences.

I enjoyed the book and am happy to have such a reference on my self.