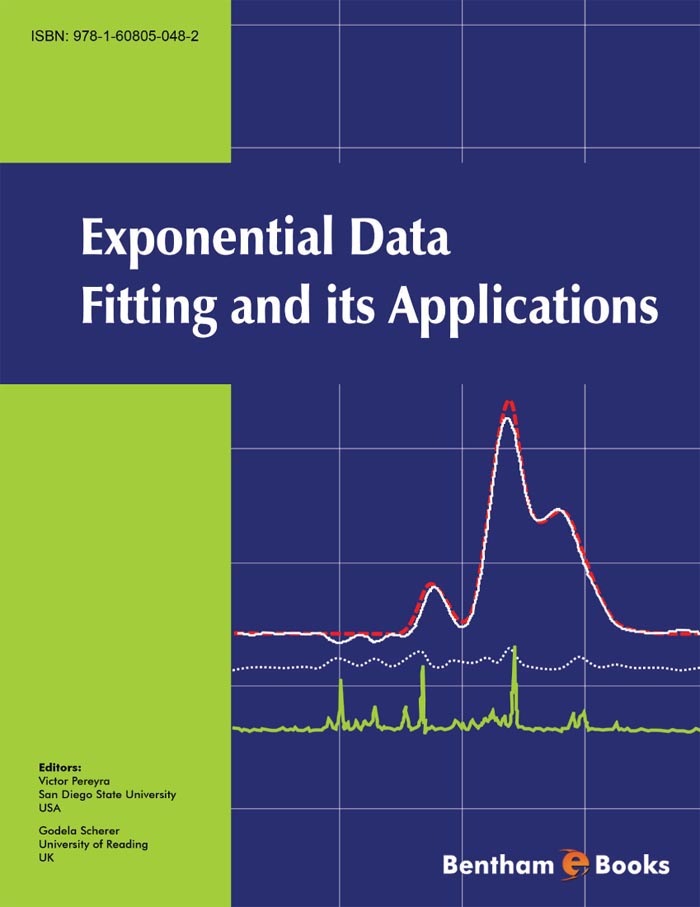 Exponential Data Fitting and its Applications

Real and complex exponential data fitting is an important activity in many different areas of science and engineering, ranging from Nuclear Magnetic Resonance Spectroscopy and Lattice Quantum Chromodynamics to Electrical and Chemical Engineering, Vision and Robotics. The most commonly used norm in the approximation by linear combinations of exponentials is the l2 norm (sum of squares of residuals), in which case one obtains a nonlinear separable least squares problem. A number of different methods have been proposed through the years to solve these types of problems and new applications appear daily. Necessary guidance is provided so that care should be taken when applying standard or simplified methods to it. The described methods take into account the separability between the linear and nonlinear parameters, which have been quite successful. The accessibility of good, publicly available software that has been very beneficial in many different fields is also considered. This Ebook covers the main solution methods (Variable Projections, Modified Prony) and also emphasizes the applications to different fields. It is considered essential reading for researchers and students in this field.

Exponential approximations are ubiquitous in scientific computing. There are many reasons for their success in modeling various phenomena. Processes that are modeled by linear differential equations with constant coefficients and Fourier expansions are just two such reasons. In particular, wave propagation problems in their many expressions are heavily represented because wave fronts in the far field are plane, and plane waves are described by complex exponentials.

In this volume we consider the least squares approximation of data by linear combinations of real or complex exponentials. In the first chapter, Pereyra and Scherer discuss the problem from a mathematical and numerical point of view, giving an historical perspective and detailed description of some of the most successful and frequently used methods. The Variable Projection (VP) method, introduced in 1973 by Golub and Pereyra, extending the initial contribution of Gutman, Pereyra and Scolnik, is carefully discussed as the nonlinear least squares method of choice. Prony’s method and its more numerically stable variants are also discussed, as they are also frequently used in many applications. Some comparisons and discussion of advantages and shortcomings are included.

Various applications are then considered by experts in their respective fields. A common thread in these chapters is a fairly comprehensive presentation of the physical problem, then a discussion of the methods used by that particular community. Among these methods we find prominently the ones described in Chapter 1 and some of their variations.

In Chapter 2, Sima, Poullet and Van Huffel consider the problem of fitting Nuclear Magnetic Resonance (NMR) spectroscopic data from in vivo and in vitro biological specimens. They include a particularly detailed description of the NMR phenomenon and give important information on data preprocessing that experience through the years has indicated is necessary for handling the various sources of noise and complications inherent in this type of data.

The multi-disciplinary team of Paluzny, Lentini, M. Martin, R. Martin and Torres in Chapter 3 go into a different application of NMR, namely Imaging, as it pertains to brain tumor segmentation and identification.

Leaving Biology and Medicine we jump to High Energy Physics in Chapter 4, where Cohen, Fleming and Lin consider an application in Lattice Quantum Field Theory. Historically it is interesting to find that Fleming discovered some of the tools used in this approach from studying the NMR literature.

We then switch to a more generic algorithmic contribution in Chapter 5 by Kaufman, which extends the Variable Projection techniques to problems with multiple data sets, where a common set of nonlinear parameters is desired and where careful implementation can produce large savings in storage and computing time.

In Chapter 6, Mullen and van Stokkum consider in detail the problem of Time- Resolved Spectroscopy data. For multi-spectral data, tensor approximations are a natural tool and we find the type of problems considered by Kaufman in the previous chapter.

It is remarkable how in this apparently disparate ensemble of applications, rather few numerical algorithms have proven to be the tools of choice. Thus we hope that other practitioners will benefit from the insights given in this book and find that the same tools are useful in their own fields of application.

Taking advantage of the electronic nature of this book, some of the authors have added unconventional material that can be downloaded. Hyperlinks and brief descriptions are given in appendices to the chapters. This material includes computer programs, scripts, and data that will allow reproduction of some of the results. In general, colored boxes around some material indicate active links to Chapters, Sections, figures, cross-references, citations, external URL’s or to the above mentioned additional materials.

We would like to thank all who have made it possible to complete this collaborative effort, and most specially Per Christian Hansen for his help in editing several of the chapters.