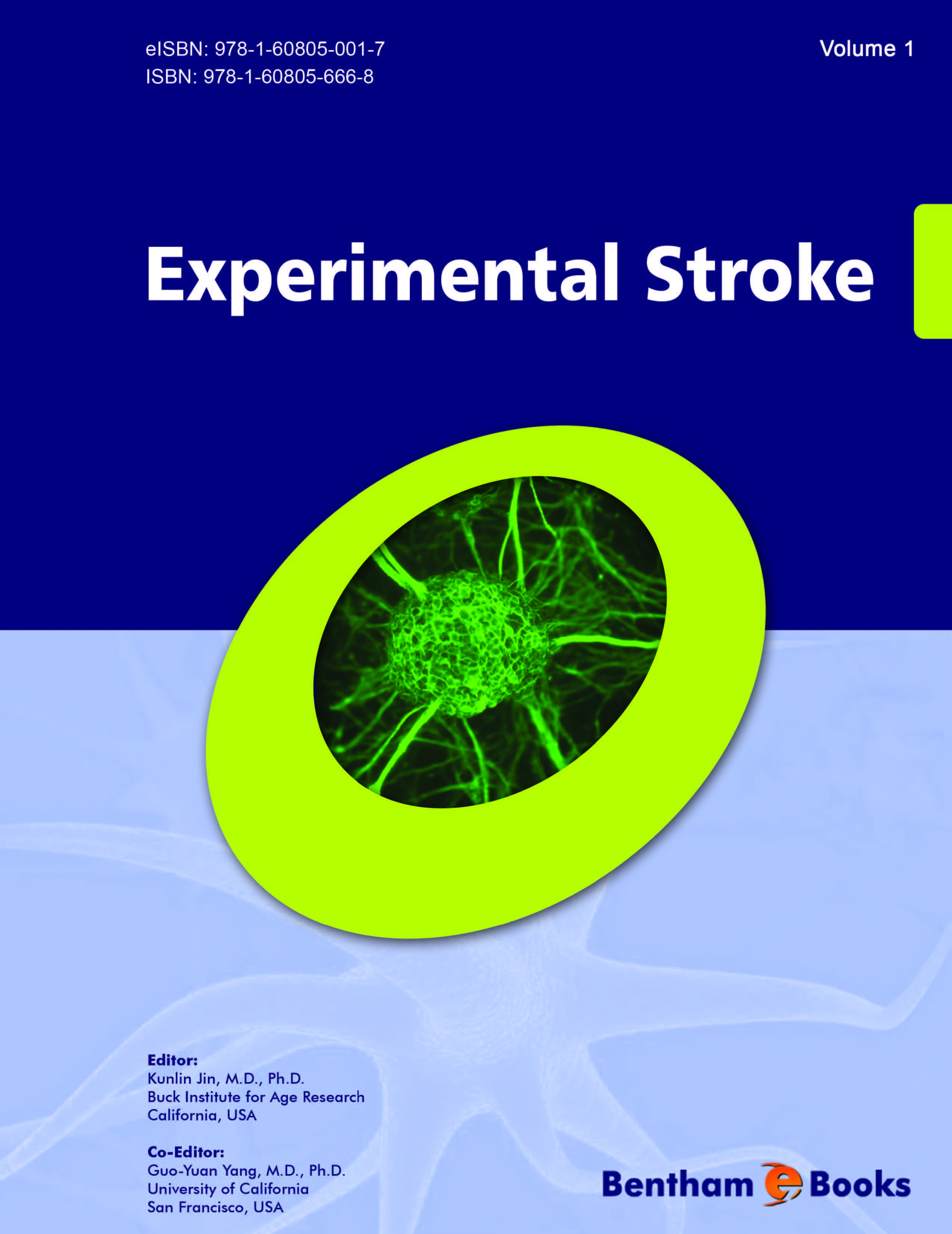 This eBook compiles the efforts of 20 experts in the field to review the latest advances in experimental stroke, with its strong emphasis on neurogenesis, angiogenesis and neuroprotection after cerebral ischemic stroke. It also provides current data for pharmacologic therapy, including anti-Inflammation, for stroke. Several chapters address cell death and apoptotsis after stroke as well as its replacement strategies by stem cells. Other chapters deal with the relation between stroke and neuroimmunology, BBB disruption and electrophysiological changes. Also covered is magnetic resonance imaging in ischemic brain. In a variety of preclinical models of stroke, pre-conditional and post-conditional stroke models will be discussed.

Stroke remains the third leading cause of death in the United States. Even among survivors, disability due to hemiparesis, gait disorders, aphasia and other deficits is common and about 20% of stroke survivors require institutional care at 6 months post-stroke. This long-term disability contributes to the average lifetime cost for stroke care of ~$140,000 and an annual national cost of ~$54 billion. The most recent major advance in clinical ischemic stroke treatment, the use of thrombolytic agents to dissolve clots in the acute aftermath of stroke, appears to be effective only within the first 3 hours after onset of symptoms; therefore, widely effective treatment for stroke remains elusive, and remains one of the biggest medical challenges in the 21st century.

This book compiles the efforts of 13 well-established experts in the stroke field in reviewing the latest advances in the field, with strong emphasis on neurogenesis, angiogenesis and neuroprotection after ischemic stroke. Vosler and Chen begin with a comprehensive review of common cell death pathways, emphasizing how calpain can modify both intrinsic and extrinsic cell death pathways as well as caspase-independent pathways after experimental stroke. Excessive Ca2+ accumulation in neurons is essential for neuronal injury after cerebral ischemia. However, the exact mechanisms underlying the toxic Ca2+ loading remain elusive. The chapter by Lusardi et al describes the role of several major Ca2+-permeable cation channels in glutamate-dependent and independent Ca2+ toxicity associated with cerebral ischemia. Familiarity with the mechanisms of programmed neuronal death pathways is critical for shaping our understanding of neuronal death caused by cerebral ischemia. Studies have demonstrated pre-conditioning’s protection against brain ischemia. Zhao introduces the current findings on the protective effect of post-conditioning in global and focal ischemia in both in vivo and in vitro models. In addition, the potential protective mechanisms of post-conditioning are also reviewed. The chapter by Gabriel and Yang is an excellent summary of neovascularization, including factors involved, after stroke. Neurovascular matrix breakdown and blood-brain barrier (BBB) disruption play critical roles in the risk of hemorrhage and edema formation. Rosell et al summarize the pathophysiologic actions of Matrix Metalloproteinases following cerebral ischemia, and Cramer and Sun examine the interplay between the BBB and the endothelin system in cerebral ischemia. Ding and Clark review recent research progress in hypothermia in the animal model. Neural stem cells may potentially help repair the damaged brain after cerebral ischemia. Keogh et al cover recent advancements in neurogenesis and exogenous stem cell transplantation, and Yan et al summarize the role of growth factors and cytokines in the regulation of neurogenesis following cerebral ischemia. Stroke is a major cause of death and disability in the elderly; therefore, a better understanding of how age affects the response to therapeutic interventions after stroke is crucial for the rational development of effective treatment. Jin integrates what is known about the responses of endogenous neural stem cells residing in the neurogenic regions of aged brain to experimental ischemic stroke. Zhang and Chopp provide the current data on the effect of erythropoietin (EPO) and carbamylated EPO on neurogenesis and angiogenesis in ischemic brain. Jiang introduces the application of new MRI methodologies to critical issues related to the treatment of stroke, including their potential in predicting and detecting hemorrhagic transformation as well as staging ischemic tissue. Huang et al introduce a new useful global statistical test technique and the corresponding global treatment for assessing treatment’s global preference when multiple outcomes are evaluated together.

This book may fall short of covering all major areas of the latest research in the experimental stroke field. However, we have endeavored to include examples of some of the most heavily studied areas, which are of interest to a broad range of investigators and researchers studying stroke.

We would like to thank Bentham Science Publishers, particularly Director Mahmood Alam and Manager Bushra Siddiqui for their support and efforts. We also greatly appreciate all authors and co-authors for their hard work and dedication that have made this volume possible. It is our hope that this book provides valuable information for all interested neuroscientists, pharmaceutical scientists, neuroradiologists, and clinicians as well as medical students.