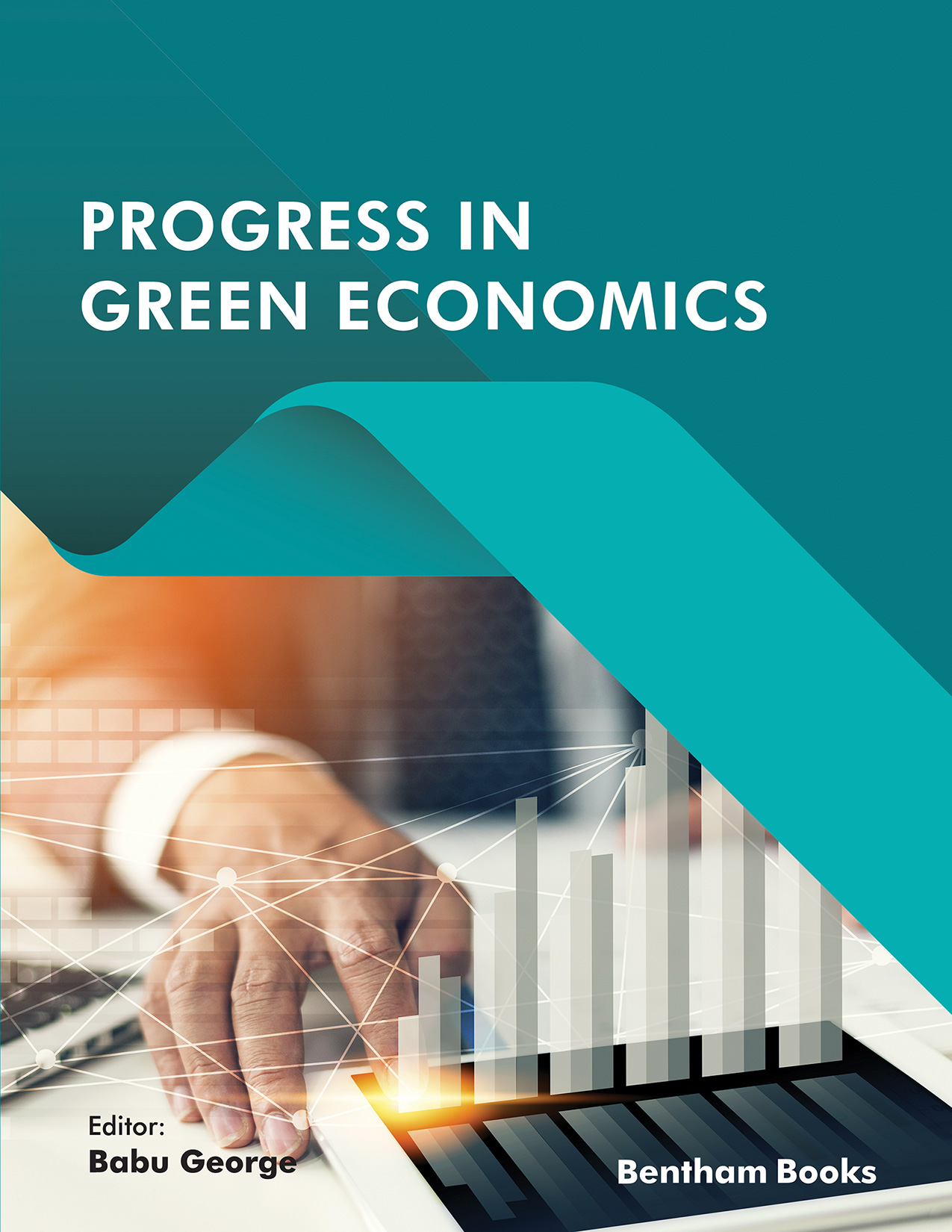 Green economics refers to the discipline in which economists and businesses pursue policies that are conducive to minimizing environmental and ecological damage and therefore sustainable development.

Progress in Green Economics primarily focuses on developments in the transition of different industries and sectors to a sustainable, environment-friendly economic model. The book presents 7 chapters that cover different topics that reflect these developments in the field from a number of academic and practical angles.

The topics covered in the book include a review of the Food Energy Water Waste (FEWW) paradigm in Asian countries, an analysis of green economic forces in the Arctic region, green economics for protected area tourism, a conceptual analysis of green economics strategy, sustainable development and green banking in South Africa, and six sigma methodology for implementing green economic policies in different industries. Each chapter is organized into reader-friendly sections and is supplemented with references for the benefit of more involved scholars.

The multi-regional perspectives, along with the theoretical and practical information on the topic make this reference a timely and handy resource on green economics and sustainable development for academics, scholars, industrialists, policymakers and economics enthusiasts alike.

Economics is known as the dismal science. Then comes green economics, aimed at reshaping it fundamentally to embrace socio-cultural and ecological considerations of development. The new science of green economics speaks the language of hope. It proposes that sustainable development is possible without excluding the marginalized, and without degrading nature and culture. It also offers the frameworks and tools to study economic challenges under this new lens. Due to its very nature, Green Economics is an emergent transdisciplinary field of investigation.

There was a sudden momentum in the scholarly parlances and policy circles when this idea first came up. Then, it continued its existence as a topic for armchair discussions. Fast forward to 2020, industries have been observed as making massive investments into the green economy. There is a heightened realization in various industries that embracing the principles of green economics is an essential basis of competitive advantage. At one point in time, technologies that powered the upcoming green economy were not efficient as per the profit maximization equations, which guided managerial decision making. Things have changed more recently; green technologies now are not just eco-friendly but also more efficient and effective. Regulatory pressures and increasing customer preference for green products have added to this momentum.

We must recognize that economics should serve nature rather than being subservient to the immediate concerns of profit-maximizing businesses. The (counter)discipline of Green Economics offers the philosophical basis and theoretical frameworks for systematic investigations in this topical area. Economics, as we know it traditionally, does not engage seamlessly with knowledge in natural sciences, and this has crippled efforts to infuse into its considerations on environmental issues and sustainability in general. Even when the traditional economics discipline engaged with other social sciences, it was always with the prejudice that its perspectives triumphed over those of others. In this regard, green economics promises a broader range of multidisciplinarily sourced actionable knowledge that can make a positive change in the world. It also deconstructs some of the internal contradictions within economics and makes it a science of hope.

The contributors highlight the progress made in greening different industries and sectors of the economy in different national cultural contexts. Green economics takes different shapes in different industries, with associated challenges and opportunities. In certain industries, greenification has been far more straightforward than in others. In many traditional industries, greening would mean fundamental restructurings of processes; the enormity of effort needed, coupled with uncertain rewards in the short term, meant greater resistance. Service industries had to maneuver additional nuances associated with the intangibility, inseparability, variability, and perishability of the very products they offered. At the firm level, new businesses found themselves naturally poised to take advantage of the promises of the green economy while many established giants struggled to do anything other than superficial greenwashing.

At least half of the manuscripts included in this volume highlight services. Service industries have a cardinal role in enforcing the above mandate. Service processes need to be made more sustainable. Fortunately, key stakeholders, including business managements, customers, and governments, are in broad agreement regarding this, although their reasons for support vary widely. Also, there is relatively less accord on how to implement green practices in different industry segments. Given the nuanced nature of services, there is not always a simple way to achieve and maintain a competitive advantage by following textbook green practices, either. This has actually led to a wide range of service innovations, some of which have become benchmarks for others to emulate. Innovations are not just in products (e.g., use of organically grown food products in the restaurants) but also in processes (e.g., algorithms that power global cargo movements, with the objective of minimizing carbon footprints) and philosophies that frame industries (e.g., a focus on sustaining healthy lifestyles versus reactive medical interventions to cure diseases in the hospitals).

The first chapter, titled The “FEWW” Nexus in Green Economics for Asian Countries is an attempt to survey the contours of circular economy, which powers greening efforts in the economy. The basic aim of the chapter is to understand the concept of a “Circular Economy” from the context of developing economies in Asia. It explores the dimensions of a circular economy as the nexus of four key issues – Food, Energy, Water and Waste - the “FEWW Nexus”. It involves the perspectives of national and local governments to outline strategies that can be used for developing circular economy policies and action. The chapter presents the “GET Matrix” as a concrete multi-stakeholder policy tool, bringing together three policy patterns – the Global-National-Local pattern; the Governments-Business-Civil Society pattern; and the Governance-Education and Technology pattern.

The third chapter, titled Green Economy in the Services: In the Context of Tourism delves into nuances of greening tourism, one of those meta-industries hugely blamed for environmental degradation. This chapter investigates the present status of ecotourism practiced in protected areas of Tripura, India, since 2011-12, on the basis of both field surveys of tourists and spot visits to destinations. Protected area tourism in the State is primarily viewed as a part of circuit tourism development impairing the overall growth of ecotourism development in the state. As one protected area accounts for 80% of tourists visited, it amply demonstrates lopsided ecotourism growth in spite of potentiality. It also exhibits wide differences between destination-specific plans and their implementation coupled with irregular animal population census affecting conservation and preservation efforts of wildlife sanctuaries.

The fourth chapter, titled Strategic Policies for Green Economy: A Conceptual Analysis studies the need for vision-driven policies for a circular economy that sustains nature and societies. One central challenge of our times is the strategic need of applying business strategies for developing a sustainable economy. This posits that social innovation organizations must collaborate in the innovation territories to create spaces for the creation of knowledge with purpose, giving the necessary field for inclusive capitalism for consumers according to the emerging technologies, the sustainability and the green economy. Based on the needs of the developing world, researchers must continue investigating public policies that idealistically can be created as a contribution to sustainability and competitiveness.

The fifth chapter, titled Green Economy for Sustainable Development focuses on efforts that are being made by the South African government in ensuring the country’s readiness for sustainable development through green economy. In achieving the objective of this paper, the authors examine various legislative frameworks, policies and programs directed at making the country green economy ready. Although the country has established and executed many programs in this direction, the paper concludes that more actions, including enlightenment campaigns by the provincial and municipal governments, are still needed to provide a better understanding of the significance of the green economy to the entire citizenry.

The sixth chapter, titled Case Studies in Green Banking, begins with a presentation of the concept of sustainable development as an outcome of the United Nations Conference on Environment and Development (UNCED), named the Rio de Janeiro Earth Summit, held in 1992, to reconcile worldwide economic development with protection of the environment. It then goes on to investigate what banks could do to green economies, in the context of Africa, specifically South Africa. It documents what top banks are doing in this regard and also proposes what they could do better in the future. Green money is both a driver and an outcome of the greenification of economy, which is a circular process.

The seventh chapter, titled Lean Six Sigma as a Methodology to Implement Green Economics Initiatives observes a critical move in cutting edge economies from how to attract green economics funders to how to better manage data analytics and development processes. The achievement lies in having the capacity to impart, offer, and utilize data analytics to mitigate complex issues; to adapt to new requirements and evolving conditions; to marshal and extend the wave of innovation; and to usher new management techniques, as observed by the author. Methodologies, including Lean (elimination of waste), Six Sigma (SS) (metrically defined), Lean Six Sigma (LSS), and Total Quality Management (TQM) (built-in quality) are examined in relation to how LSS is utilized to improve green economics in manufacturing, automotive, healthcare, and higher education industries.

In summary, did we achieve progress in transforming our economy for the better, and in making it greener? The evidence presented in this book by means of contributions from around the world indicates a moderate yes. No doubt there are areas needing significant improvement. We need to recognize the fact that we are attempting to green the economy constructed while being dictated by the rules of grey economics. There are limits beyond which progress is impossible unless we demolish the old system entirely. This might happen, but not too soon. There are powerful vested interest groups who gain from the way things are currently, and they would not let anything greater than greenwashing. An inflection point might come in the form of a black swan event; Covid-19 has contributed to some of it but it is not enough. Also, obviously, none of us wants a calamity to be the trigger for the greenification of the economy. 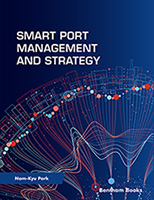