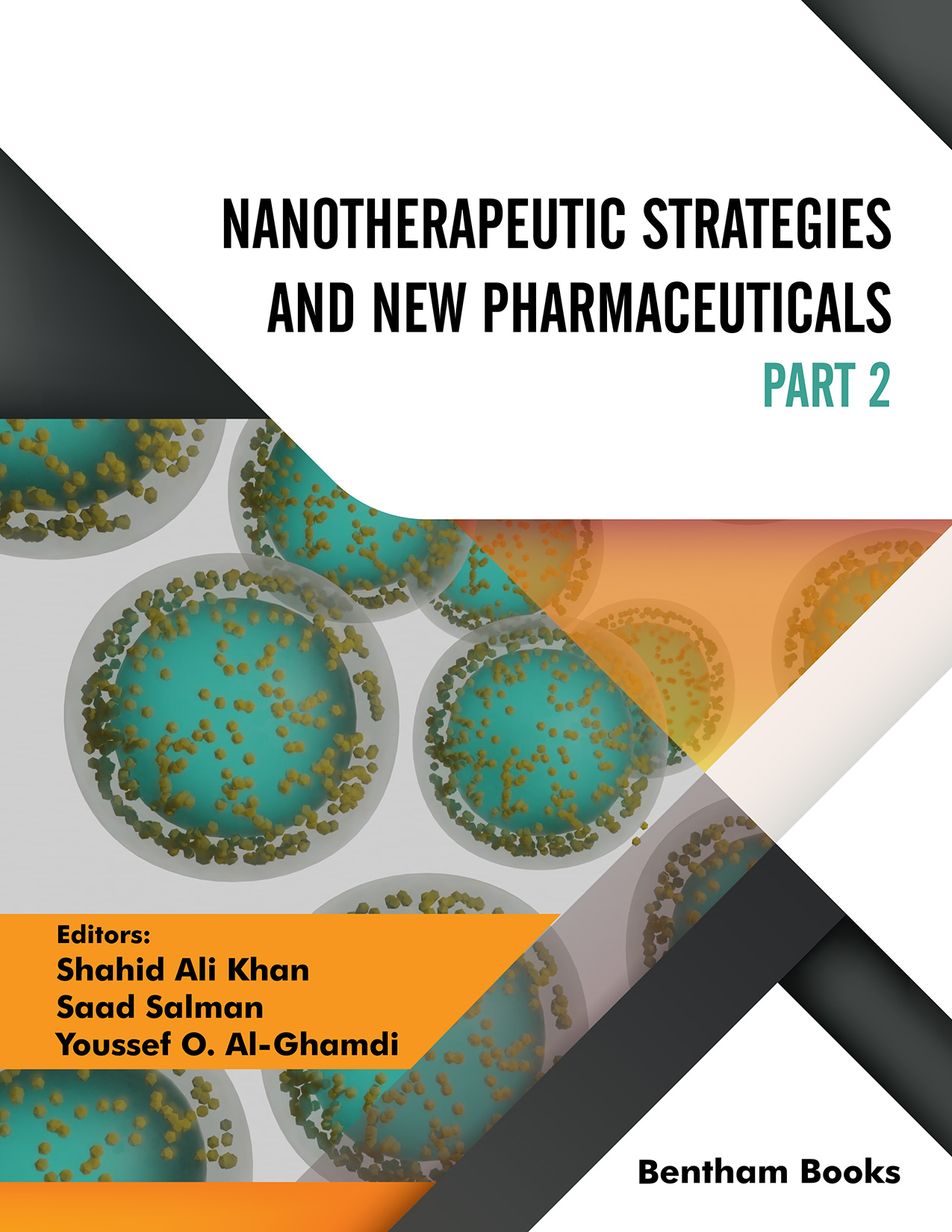 Advances in technology have enabled medicinal chemists to discover and formulate several highly specific, biocompatible, and non-toxic therapeutic agents for clinical applications. Nanotechnology has achieved significant progress in the last few decades and is crucial in every field of science and technology. Nanotechnology-based pharmaceuticals offer multifaceted and alternative methodologies in comparison to the limitations of many conventional clinical therapies. Expertise in designing and developing nanoformulations has helped in targeted drug delivery. Recently, the use of innovative therapeutic agents, particularly in nanomedicine, has accounted for a significant portion of the global pharmaceutical market and is predicted to continue to grow rapidly in the near future. Nanotherapeutic Strategies and New Pharmaceuticals is an accessible multi-part reference which informs the reader about several new techniques based on nanotechnology. The chapters explain relevant topics in detail. The book is designed to encourage and help undergraduate, graduate and post-graduate students in the field of nanotherapeutics, pharmaceuticals and bio-organic chemistry through the use of didactic language and simple illustrations. Part 2 of this book covers the potential of nanotherapeutics and natural therapies for treating neurological diseases, targeting ion channels, signal transduction therapy, gene therapy of single gene mutation diseases and for nanoformulations for special purposes such as wound healing and stimuli-responsive drug delivery. The book also features a chapter that summarizes the types of nanoparticles tailored for specific molecular targets that mediate different diseases. The book set serves as a textbook for students in pharmacology and medical biochemistry, as well as a quick reference for researchers on bio-organic chemistry, as well as general readers interested in nanomedicine.

The field of nanotechnology evolved as a discipline and is not a mere specialization. It requires multiple fields such as engineering, physics, chemistry, mathematics, medicine, and pharmacy to be integrated. This book provides a quick review of the practical aspects of these diverse arenas. Advances in nanotechnology have increased the feasibility to tailor the functional modalities that assist in targeting selective biological barriers for drug delivery and other biomedical applications. This book provides knowledge to the students interested in nanotechnology research. This book paves a path between pharmacy and nanoscience while striking an equilibrium between approachability and depth.

The chapters of this book are written by scientists and researchers of specialized fields and overtly different scientific backgrounds, but everything boiled down to one common goal – Nanoscience. The tremendous consequence of the combined effort led to this book, “Nanotherapeutic strategies and new pharmaceuticals Part 2.”