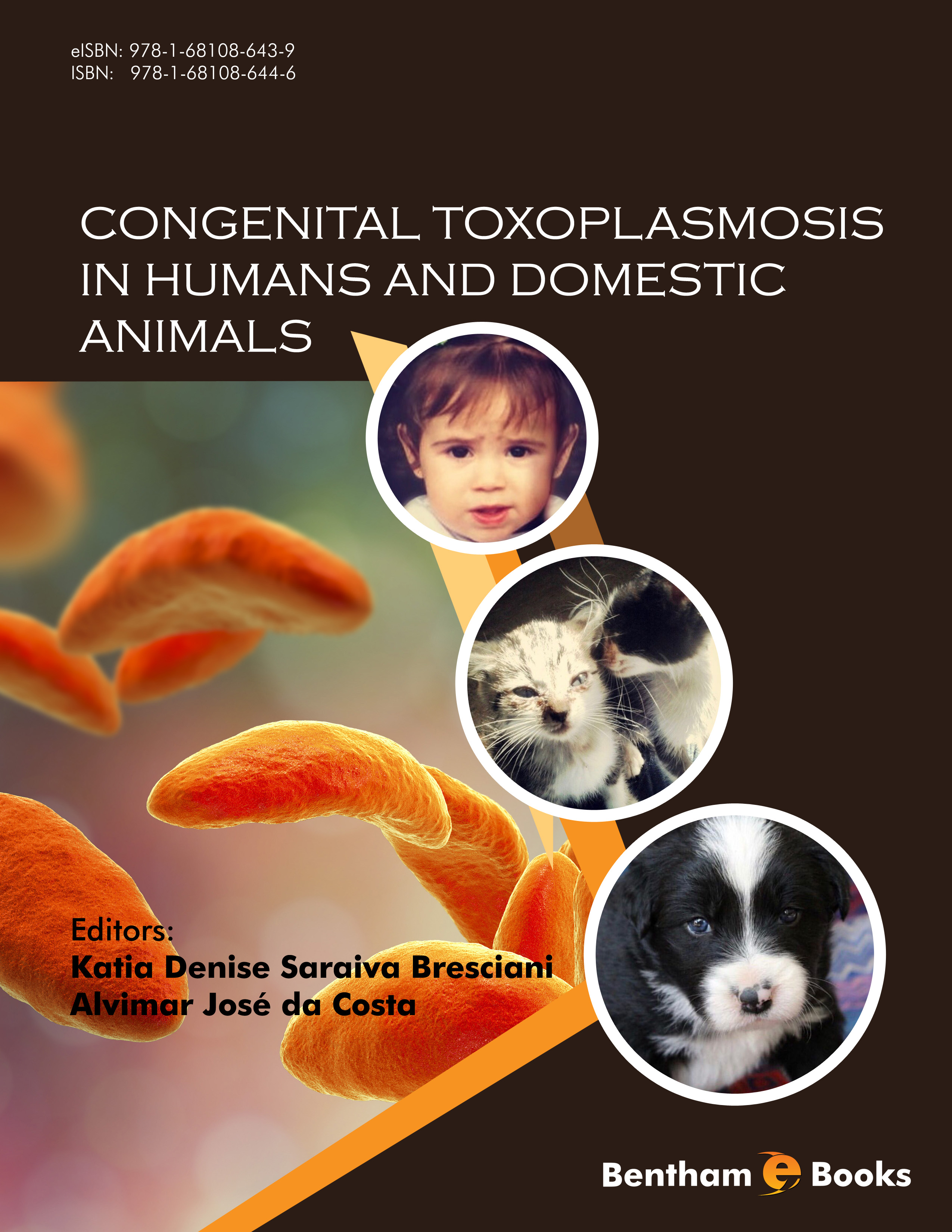 Congenital Toxoplasmosis in Humans and Domestic Animals presents information about Toxoplasma gondii and its infection in neonates and different animals (cats, cattle, dogs, goats, pigs and sheep). Readers will have quick access to the pathophysiology, diagnosis, reproductive disorders (such as abortion, neonatal mortality and prematurity) and treatment of both human and veterinary toxoplasmosis. In addition, important aspects for control programs of congenital toxoplasmosis and for maternal and neonatal screening in such control programs are discussed. Thus readers will be better equipped to conduct prevention programmes and routine diagnosis of zoonotic infections related to T. gondii. This handbook is of interest to epidemiologists, doctors, veterinarians and public health specialists.

Toxoplasmosis is a disease that has, as its etiologic agent, the protozoa Toxoplasma gondii. The disease is of cosmopolitan occurrence, being prevalent in humans and animals, with infection rates that vary with the geographical region, attaining 70-80% in some ecosystems, in different herds and human populations, with infection in most cases being unapparent.

Despite the importance of clinical toxoplasmosis in adults, with a wider variety of clinical signs and symptoms, due to the species affected and/or the strain of the parasite involved, the issue that is most delicate, and of greatest preoccupation, is gestational and congenital toxoplasmosis.

Since generally, this is a silent infection in the prospective mother or pregnant females, this preoccupation extends from the difficulty to diagnose maternal and fetal infections, including the few existing methods for fetal diagnosis, where most of these are invasive and frequently place the fetus at risk.

The objective of this book is not to establish a parallel between congenital infections in the different species, but to demonstrate the implications, damages and losses for each female considering the individual and collective aspects.

This book clearly describes and demonstrates the sanitary impacts of toxoplasmosis in the fetal impairment, during gestation via transplacental transmission, with impact on livestock, which can result in elevated losses to animal production, as well as on companion animals, where the loss of young animals affects emotionally the families involved. In addition, in humans, where the sequels and clinical signs, even retarded, are extremely serious, principally when there are neurological and ocular signs.

Based on the best scientific studies available, the authors have used their vast professional experience to demonstrate procedures, including those related to the aspects of management of toxoplasmosis that are still controversial in females from several species, as well as gestating and lactating mothers, using a realistic approach.

This publication is particularly timely at the moment when toxoplasmosis has been recognized as an important problem in humans and animals, when there is need for One Health, during which human health is directly related to animal health and the environment, and vice versa.

Whenever we write books, publish articles or present a paper, we must have in our minds, as clearly as possible, the affirmation of Carlyle Guerra de Macedo, who was the Director of Pan American Health Organization, relative to the responsibility of what is being published: “It must be remembered that behind each table, every report or every material examined, there are lives, there are people, there is suffering, waiting for our efforts and human solidarity”.

Above all, this book has this concern and responsibility. The chapters within this book are not only a collection of technical information acquired from existing literature, but are additionally, the results of years of work of the team involved with patients and communities.

Many of these have served to evaluate procedures and conducts as well as to experience orientations and formed the basis of this publication. Consequently, we have the expectation to demonstrate that each chapter was also written by the hands of patients and their communities, so that these are the main actors and authors of this book.