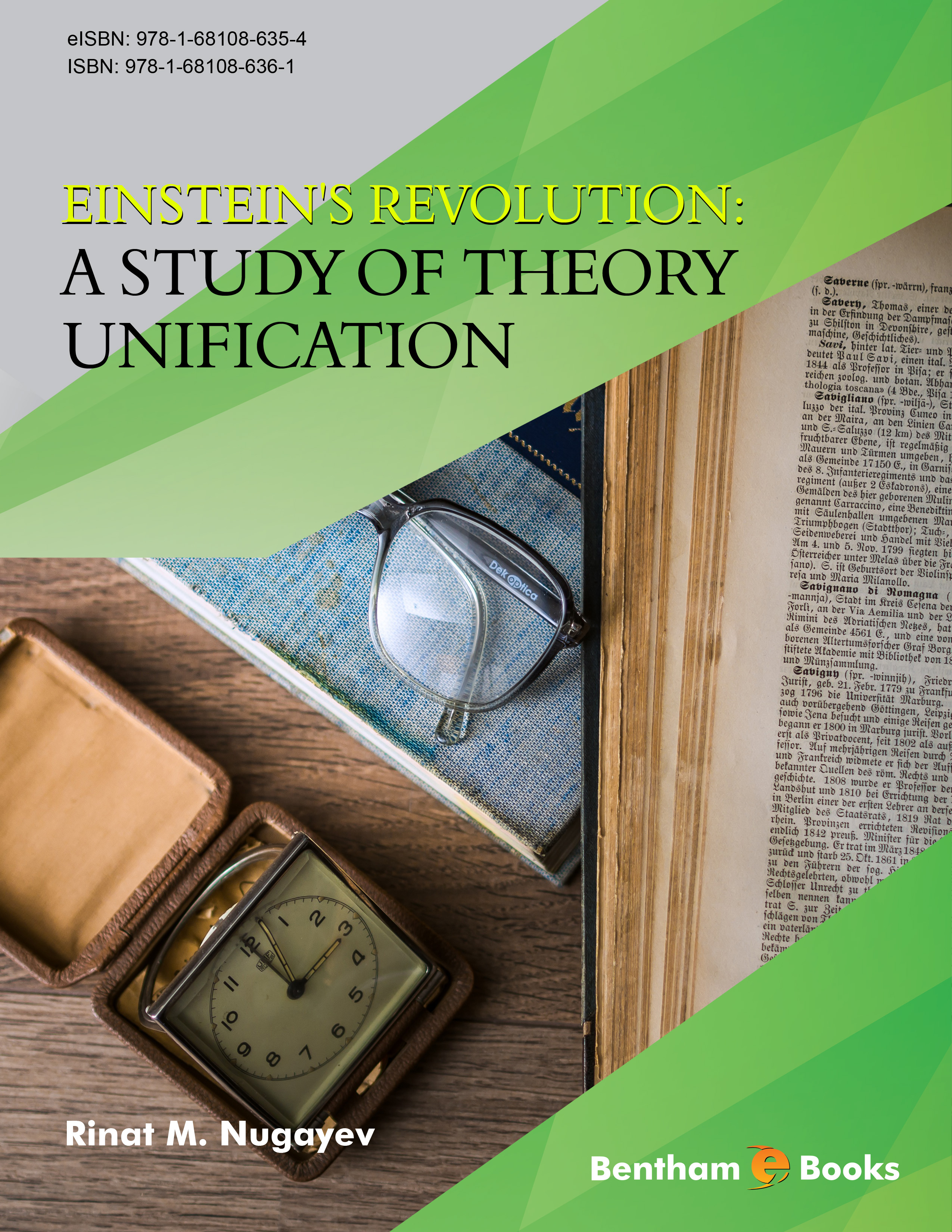 Einstein’s Revolution: A Study of Theory Unification gives students of physics and philosophy, and general readers, an epistemological insight into the genesis of Einstein’s special relativity and its further unification with other theories. The book starts with an introductory analysis of the reasons for mature theory change in science. This leads to a discussion about special relativity genesis.

It is contended that Einstein’s ingenious approach to special relativity creation, substantially distinguishing him from Lorentz’s and Poincaré’s invaluable impacts, turns to be a milestone of maxwellian electrodynamics, statistical mechanics and thermodynamics reconciliation design. Special relativity turns out to be grounded on Einstein’s breakthrough 1905 light quantum hypothesis. Eventually the author amends the received view on the general relativity genesis by stressing that the main reason for Einstein’s victory over the rival programmes of Abraham and Nordström was a unificationist character of Einstein’s research programme.

It is a commonplace that Albert Einstein’s scientific contributions were highly motivated by the Ideal of Unity of physical laws, and this had a considerable influence on the whole theoretical physics community. However, all the scientific career of Einstein after 1915, i.e. after the general theory of relativity had been achieved, was precisely the quest for unitary theories, unification of gravitation and electrodynamics, etc. And it is no wonder that the idea of unity of nature is best illustrated by these attempts of Einstein towards unitary theories during almost forty years than by the early works.

It turns out that in the particular case of Einstein, a discussion of methodology is unavoidable: Einstein expressed himself with regular reference to his “method”, not unlike Poincaré, Planck and other physicists of his generation.

To achieve the object, a lucid and comprehensible epistemic model is exposed aimed at an analysis of the reasons for mature theory change in science (chapter1). According to the epistemic model, scientific revolutions or radical breakthroughs in science were not due to ingenious invention of new paradigms or the fanciful creation of new ideas ‘ex nihilo’, but rather to the long-term processes of the reconciliation, interpenetration and intertwinement of ‘old’ research traditions preceding such breaks.

Accordingly. origins of scientific revolutions lie not in a clash of fundamental theories with facts, but of “old” mature research traditions with each other, leading to contradictions that can only be attenuated and even eliminated in a more general theoretical approach. This is not to derogate the role of experiments in science. On the contrary, the proposed epistemic model seems to elaborate further the point of view stated in the current philosophy of science literature that both theorists and experimentalists have breaks in their respective traditions, but they are not typically simultaneous. Theory development must have, to some extent, a life of its own. The development of two main cultures within science does not mean that the two do not speak to each other.

The epistemic model proposed is illustrated and elucidated with reference to the Copernican Revolution (chapter1).

In chapter 2 the model is implemented to amend the history of Special Theory of Relativity. It is contended that to figure out in what way different parts of Einstein’s 1905 ‘annus mirabilis’ writings hang together one has to take into account neo-Kantian epistemology. In this book the methodology is approached as an inalienable, active component of Einstein’s engagement with his science.

The most influential Kantian concept necessary to conceive Einstein’s Special Theory of Relativity creation and all his 1905 writings as a whole, as well as the order of their arrangement is Kant’s regulative idea of the systematic Unity of Nature. It is maintained that Special Theory of Relativity turns out to be a mere stage of implementation of maxwellian electrodynamics, statistical mechanics and classical thermodynamics reconciliation programme. Since the ether conception was a substantial snag for Einstein’s statistical thermodynamics design, the leading part in the breakthrough was played by Einstein’s 1905 light quanta hypothesis.

Correspondingly, the arguments are exhibited in favor of the necessity to modify the history of the genesis and advancement of General Theory of Relativity. It is maintained that the dynamic creation of General Theory of Relativity had been incessantly governed by internal tensions between the two classical research traditions, that of special relativity and Newton’s gravity (chapter 3).

The encounter of the traditions and their interpenetration and intertwinement entailed construction of the hybrid domain at first with an irregular set of theoretical models. Step by step, on eliminating the contradictions between the models contrived, the hybrid set was put into order. It is stressed that the main reason for the victory of General Theory of Relativity over the ingenious rival programmes of Abraham and Nordström was a synthetic character of Einstein’s programme. Moreover, Einstein had put forward as a basic synthetic principle the principle of equivalence that radically differed from that of rival approaches by its open, flexible and contra-ontological character.

The author (editor) declares no conflict of interest, financial or otherwise.

It is a pleasure to thank Ms. Humaira Hashmi, Editorial Manager of Publications, and Ms. Hira Aftab of the eBooks Publication Department for their valuable assistance. My love and gratitude to my wife Gulnur and children Shamil and Nafisa for help and encouragement.