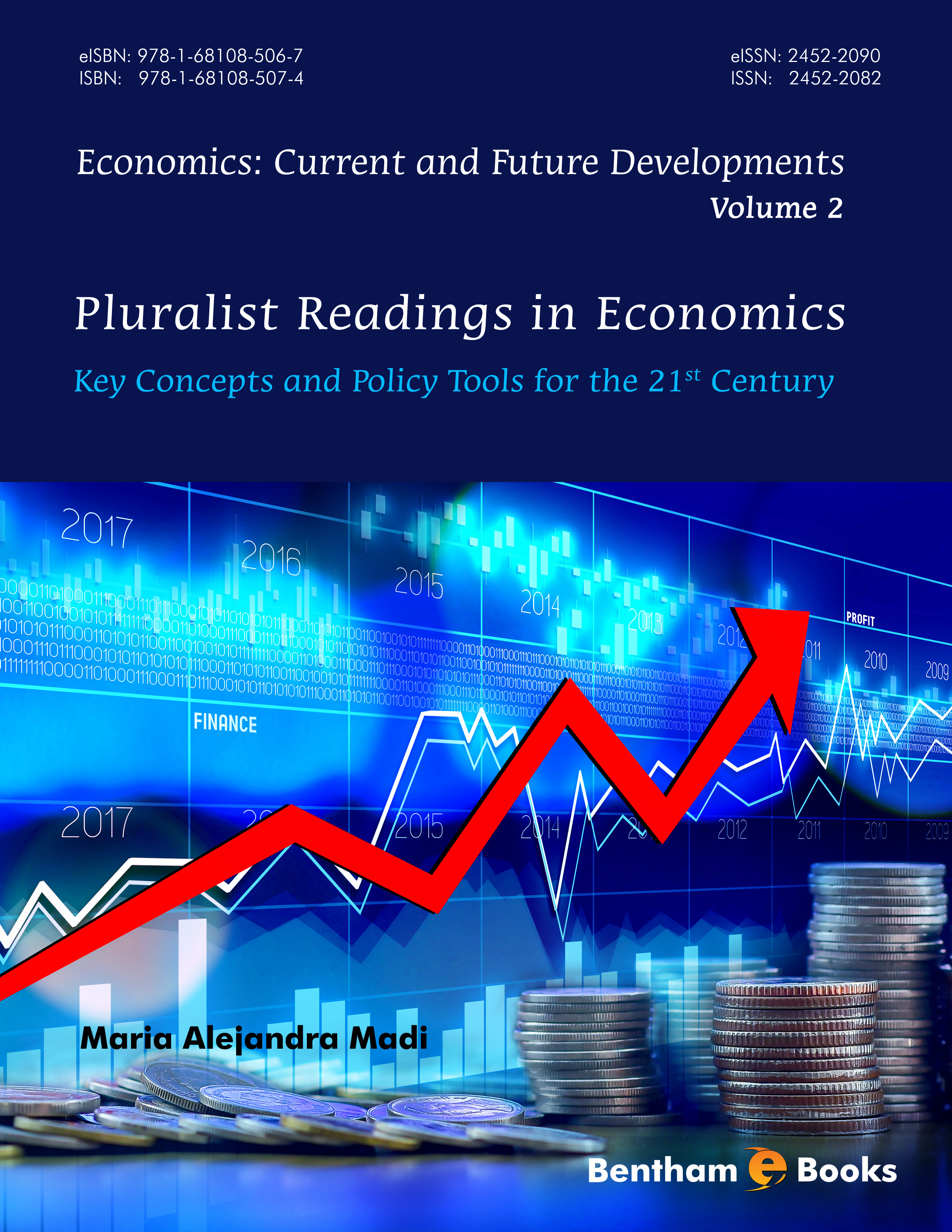 Pluralist Readings in Economics: Key Concepts and Policy Tools for the 21st Century

The era of globalization has brought about unprecedented social, political, and environmental challenges for policy makers around the world due to the global impact of economic decisions. In view of these challenges, economics, as a discipline, needs to be taught with the goal of broadening the dialogue on social responsibility, and developing a new pluralist culture of decision making which is inclusive to different schools of economic thought. Pluralist Readings in Economics: Key-concepts and policy tools for the 21st century highlights the long-standing debates regarding economic systems, business models, criteria of justice, and economic policies by providing conceptual openings to economic theory in an engaging and accessible way. The author provides broad coverage of relevant topics through the selection of influential economic thinkers and introduces the reader to their ideas, context, and relevant interpretations. While dealing with complex problems, the author goes beyond commonly known concepts by presenting questions on the historical context of globalization. The study of economic concepts in this way leads to asking new questions concerning various issues relevant to economics. The goal of the text is to provide an interdisciplinary perspective to readers in order to equip them with information that is key to address global economic challenges. Thus, this pluralist approach calls for a reflection of the evolution of global social and economic conditions to demonstrate problem solving approaches that align with the goal of addressing these challenges. Pluralist Readings in Economics: Key-concepts and policy tools for the 21st century is suitable to a broad interdisciplinary readership as it will benefit all those who seek to better understand the complex stakes of the capitalist system, in the tensions between regulatory policies, free market equilibria, and participatory openings in governance. This introductory work also prepares the reader for debates and discussion in economic theory aimed at shaping policy transformations towards a more equitable, just and sustainable world.

As John Kenneth Galbraith pointed out economics is overwhelmed by an ‘uncorrected obsolescence.’ The target of economics education is the comprehension of the reality in its economic dimension, that is to say, the understanding of those practices and ideas that support the evolution of material life and the provision of human needs. In the post-war period, economics was broadly understood as economic science, that is to say, as a specific area of the development of human knowledge. Today, the main challenge to economics as a discipline is to cope with changing economic realities. In the current setting, a pluralist approach to economics attempts to consider a broad scope of perspectives in order to apprehend the complexity of the real-world.

These Pluralist Readings aim to foster the awareness of diversity of ideas within economic thought. Its scope involves broad topics in economics and debates about historical and theoretical approaches, besides policy matters. We examine the contribution of major thinkers in relation to their understanding of the historical development of capitalism, highlighting the writings of Karl Polanyi. Rudolf Hilferding and Eric Hobsbawm. Indeed, at the heart of modern political thought there is an ongoing debate about the main features and the outcomes of the capitalist system. Considering the power issues at stake in the capital accumulation process, relevant questions have emerged in the economic debate. At this respect, we include the writings of scientists who sharply analysed the conflicts and tensions within the economic capitalist system, including Karl Marx, Michal Kalecki and John Kenneth Galbraith.

Significant contributions to monetary theory by Eugen von Böhm-Bawerk, John Maynard Keynes and James Tobin are also considered. Indeed, controversies about the role of money, interest rates and the banking system have been present in economic debates since the 18th century. Today, monetary issues continue to play an outstanding role in policy making. In addition, differing perspectives from economic thinking are presented on behalf of their insightful perspectives about the challenges for enhancing competition and price stability. In this attempt, Alfred Marshall, Joan Robinson and Milton Friedman’s contributions are considered.

Some topics on theories of economic growth and business cycles are structured around great debates that have present in capitalist societies over the past 300 years. In this attempt, we include the contributions of Adam Smith, Joseph Schumpeter and Hyman Minsky around the outcomes of free markets, the role of technology and entrepreneurship and the impacts of the financial set-up on economic growth and cyclical business dynamics. In addition, controversies around the best way to organize economic activity—through government, through free markets or some combination of the two – have been always present in the economic debates. These issues are addressed by considering the writings of David Ricardo, John Maynard Keynes and Friedrich von Hayek - economists whose contributions to the economic policy debate have been outstanding in real-world economics.

Finally, as concerns on welfare, justice and fairness have been closely intertwined in economic thought, we address these relevant topics by including the contributions of Arthur Pigou, Amartya Sen and Elinor Ostrom.

We believe that the eBook will provide a space for reflection about economic issues that arise whenever one seeks to understand the complex process of evolution of the capitalist system. The systematic study of some of the most influential interpretations about the economic features and outcomes of the capitalist system certainly offers an excellent opportunity for humanists to deal with some of the central concerns of social scientists.

The authors confirm that this chapter content has no conflict of interest.

The author is thankful to the anonymous referees whose recommendations enhanced achieve substantial improvements in the final edition.

“The study of economics does not seem to require any specialized gifts of an unusually high order. Is it not, intellectually regarded, a very easy subject compared with the higher branches of philosophy and pure science? Yet good, or even competent, economists are the rarest of birds. An easy subject at which very few excel! The paradox finds its explanation, perhaps, in that the master-economist must possess a rare combination of gifts. He must reach a high standard in several different directions and must combine talents not often found together. He must be mathematician, historian, statesman, philosopher - in some degree. He must understand symbols and speak in words. He must contemplate the particular in terms of the general, and touch abstract and concrete in the same flight of thought. He must study the present in the light of the past for the purposes of the future. No part of man's nature or his institutions must lie entirely outside his regard. He must be purposeful and disinterested in a simultaneous mood; as aloof and incorruptible as an artist, yet sometimes as near the earth as a politician”.