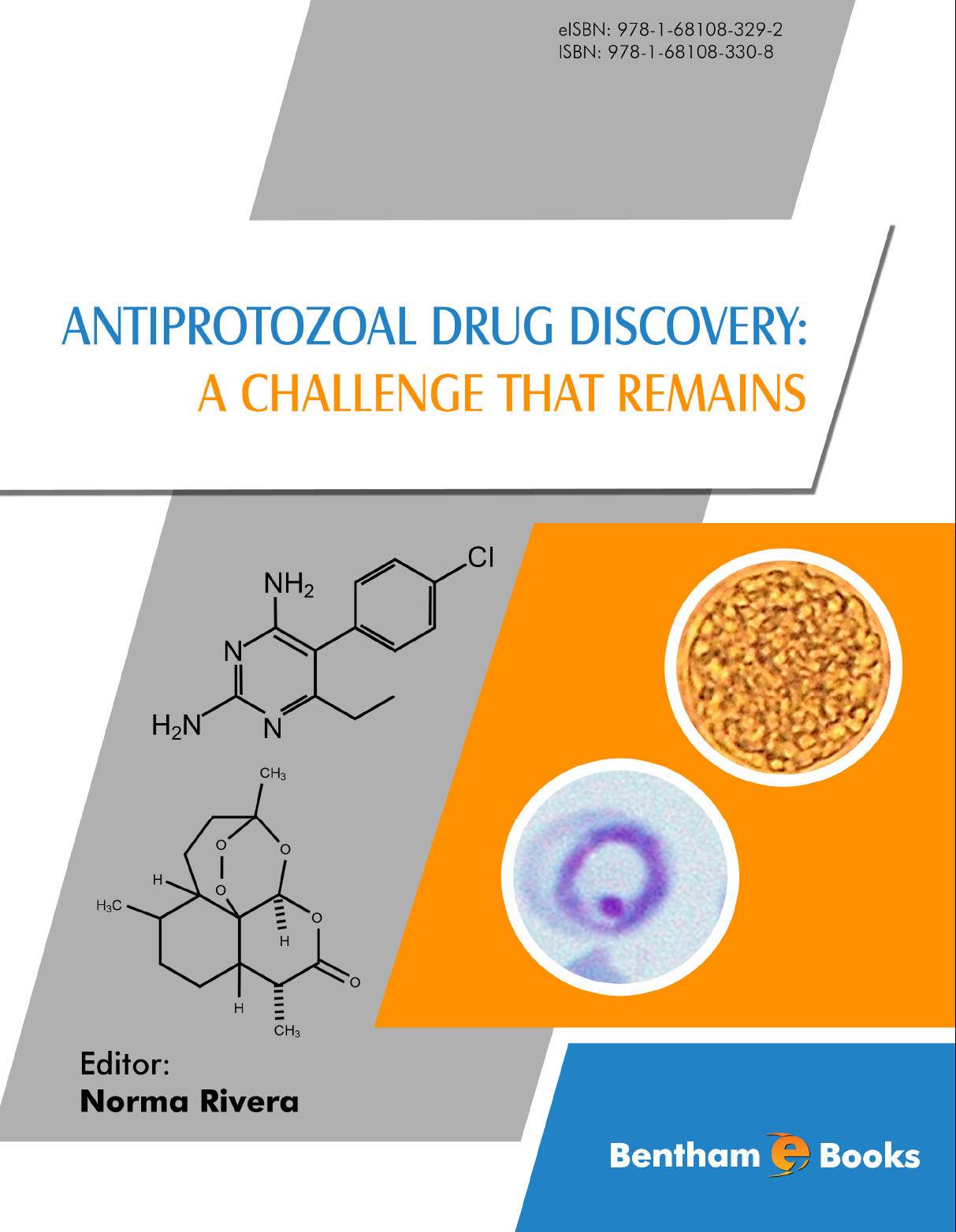 Protozoan infections that are endemic in countries with limited economic resources pose a significant public health challenge to affected communities and some of these diseases are categorized as neglected tropical diseases by the World Health Organization. At the moment, there is an urgent need to identify and develop new antiprotozoal drugs. Antiprotozoal Drug Discovery: A Challenge That Remains brings together research from all scientists (including parasitologists, chemists, biologists among others) involved in the field of antiprotozoal experimental pharmacology, drug design and natural product research. The monograph is a compilation of review chapters written by experts on medical parasitology and pharmacology that covers a wide range of topics such as general characteristics of protozoan diseases (malaria, toxoplasmosis, Chagas’ disease, leishmaniasis, trichomoniasis) prophylaxis, treatments, natural products and rational drug design. The contents of this book are useful to medical microbiologists and pharmaceutical scientists seeking to update their knowledge about antiprotozoal drug design.

Low-income populations in developing regions of Africa, Asia and the Americas have been particularly injured by a group of tropical infections denominated neglected diseases. Comparative to important illnesses, neglected diseases do not enjoy significant research funding and are not considerably important targets for the “Big Pharma” in terms of development of new drugs, though these infections can make widespread diseases like AIDS more deadly. Although the known preventive measures or acute medical treatments for some of these diseases, the fact of being especially endemic in poorer areas claims for attention. This eBook is devoted to inspire those who are dealing with drug development to make an effort towards combating neglected diseases.

In this line, this eBook is directed towards anyone who is interested in or deals with medicinal chemistry focused on neglected diseases, from students to advanced researchers. Despite affecting millions of people around the world, causing many deaths and having a great and limiting influence on the life quality, the selection of new molecular targets and the development of more efficient drugs against those diseases are scarce. Furthermore, surprisingly little detailed computational work on this subject has appeared. However, it should be kept in mind that computers are an essential tool in modern medicinal chemistry. Nowadays, computational approaches and 3D visualization are not used simply to depict pretty pictures of molecules in biological systems; these powerful computational tools allow one to obtain insights on the interaction between enzyme-substrate, reaction mechanisms, statistical behavior of molecules and much more, at the molecular level, contributing significantly to solve problems in biological systems. In this context, the study of chemoinformatics is crucial. This new field of science was officially introduced at the end of the last century and it can be defined as “the application of computer to a range of problems in the field of chemistry”.

This eBook hereby attempts to explore an open problem in the literature with a stimulating discussion on the state of the art knowledge in this important research field – neglected diseases – pointing out perspectives on using molecular modeling and theoretical approaches. Therefore, 9 chapters were selected containing the participation of different international experts on the subject. We hope that this eBook can play an attractive role for chemists, physicists and biologists in promoting the diffusion of knowledge in the field of chemoinformatics applied to neglected diseases.