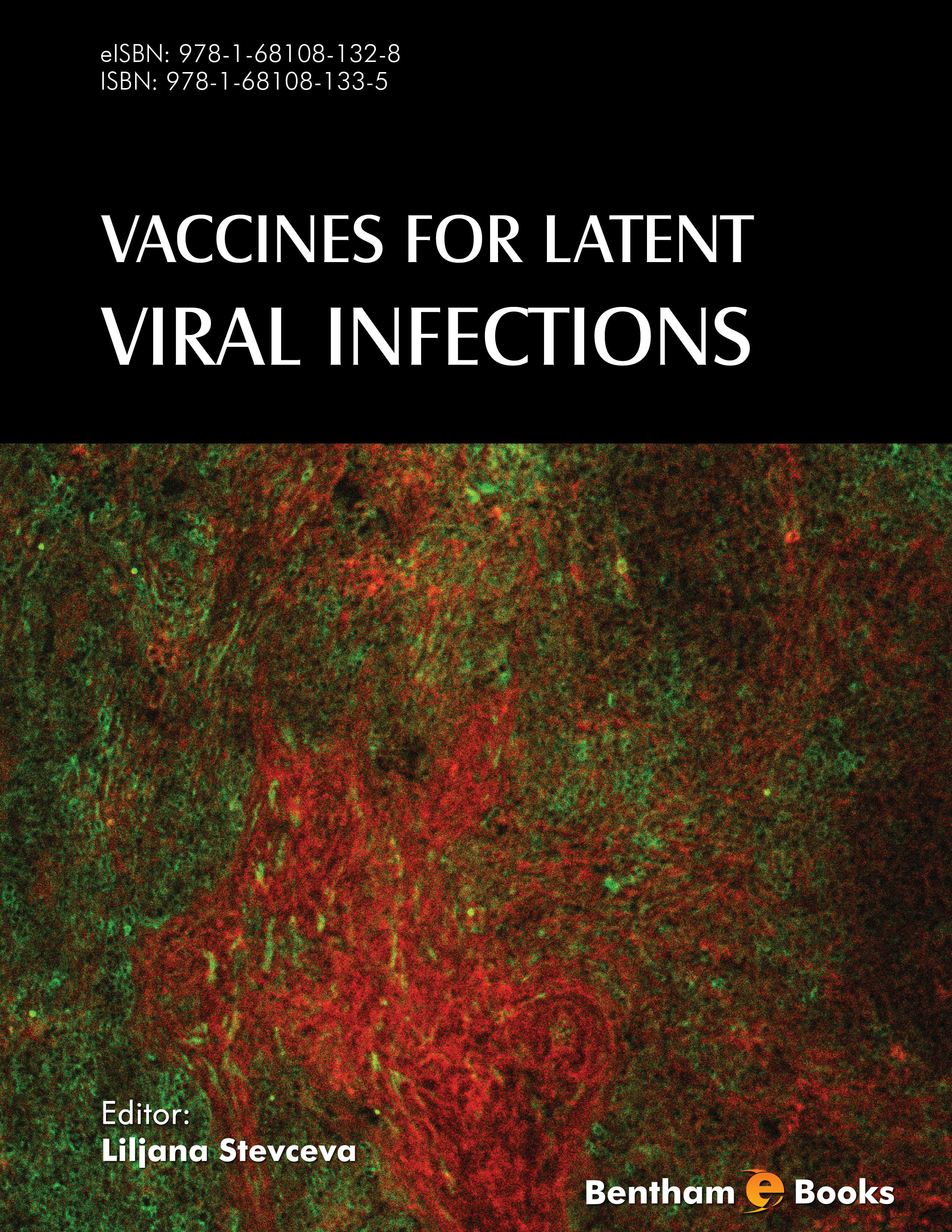 Many viruses are known to persist in their host’s cells in a latent state without exhibiting virulence or symptoms of infection, hence, giving rise to the term ‘latent infections’. Vaccines for Latent Viral Infections is a clear and concise monograph which features a review of some well-known viruses that are capable of establishing latent infections in humans. These include herpes simplex virus (HSV), cytomegalovirus (CMV), varicella zoster virus (VZV), Epstein-Barr virus (EBV) and human immunodeficiency virus (HIV).The book also highlights common features of each of these viruses and demonstrates how they are able to evade the host’s immune response. This brief monograph finally proposes a much needed shift in the approach to designing vaccines that will prevent establishment of virus latency.

Vaccines for Latent Viral Infections serves as a handy reference for researchers interested in the basic virology of viruses capable of latent infections, the immune responses to these infections and the development of vaccines to tackle these pathogens.

Definition: Latency (Present but not visible or apparent).

This book updates readers in the relatively misunderstood field of viral latency. Their major focus is the status of vaccines in the prevention and treatment of a broad array of viruses capable of persisting via latency. It is important to differentiate between a virus in a state of latency (i.e. dormancy [often the lysogenic phase of a virus life cycle]) from viruses which chronically infect cells. Dormancy is the recognition that following the initial acute infection, proliferation of the virus is terminated for a variable period (often the life span of the host). When it does “awake”, the lytic part of the cycle is activated causing replication and shedding, and thus reinfection.

The Chinese symbol above can be applied to the two types of viral latency – proviral versus episomal viral genetic material. Viral RNA or DNA hibernates in either the cytoplasm or nucleus as a foreign “immigrant”. This state is vulnerable to the host’s gene degradation and/or ribosomes. The fascinating aspect of how episomal viruses avoid the intracellular immune attack is that they remain outside the nucleus, which greatly reduces triggering an interferon attack via the Nuclear Domain 10. But the flip side of this “yin” is that these viruses are still subjected to degradation by cytoplasmic enzymes.

The other side of latency (the yang) is to the proviral universe of viral DNA integrated into the nuclear “stuff” of its host. These viruses enjoy a protected and cozy life intertwined within the host DNA and can only be eliminated by killing the entire cell. They require packaging proteins for entering the nuclear haven, which compromises latency over time.

The authors address the respective mechanisms of maintaining latency for both types of viral states, and the influence of the envelope glycoproteins for sustaining latency.

These latent viruses have different relationships in the host which range from symbiosis to outright parasitism, leading to a variety of clinical consequences. The authors describe the effectiveness of vaccines in terminating or ameliorating these infections that affect most life forms. Only partial explanations are available to what do these integrated latent virus contribute to the host as large areas of RNA/DNA have integrated viral sequences. The yin is they are present and tolerated – the yang has led to many speculations that they influence immunity, anthropomorphic textures, organogenesis, personality, genetics of the host, behavior etc. Are they overall beneficial (the yin) or deleterious (the yang). If the latter, why is the persistence so long? More effective vaccines against these latent viruses may eventually provide insights to the ultimate consequences of viral latency by demonstrating total prevention against latency or even eliminating viral latency form the host.