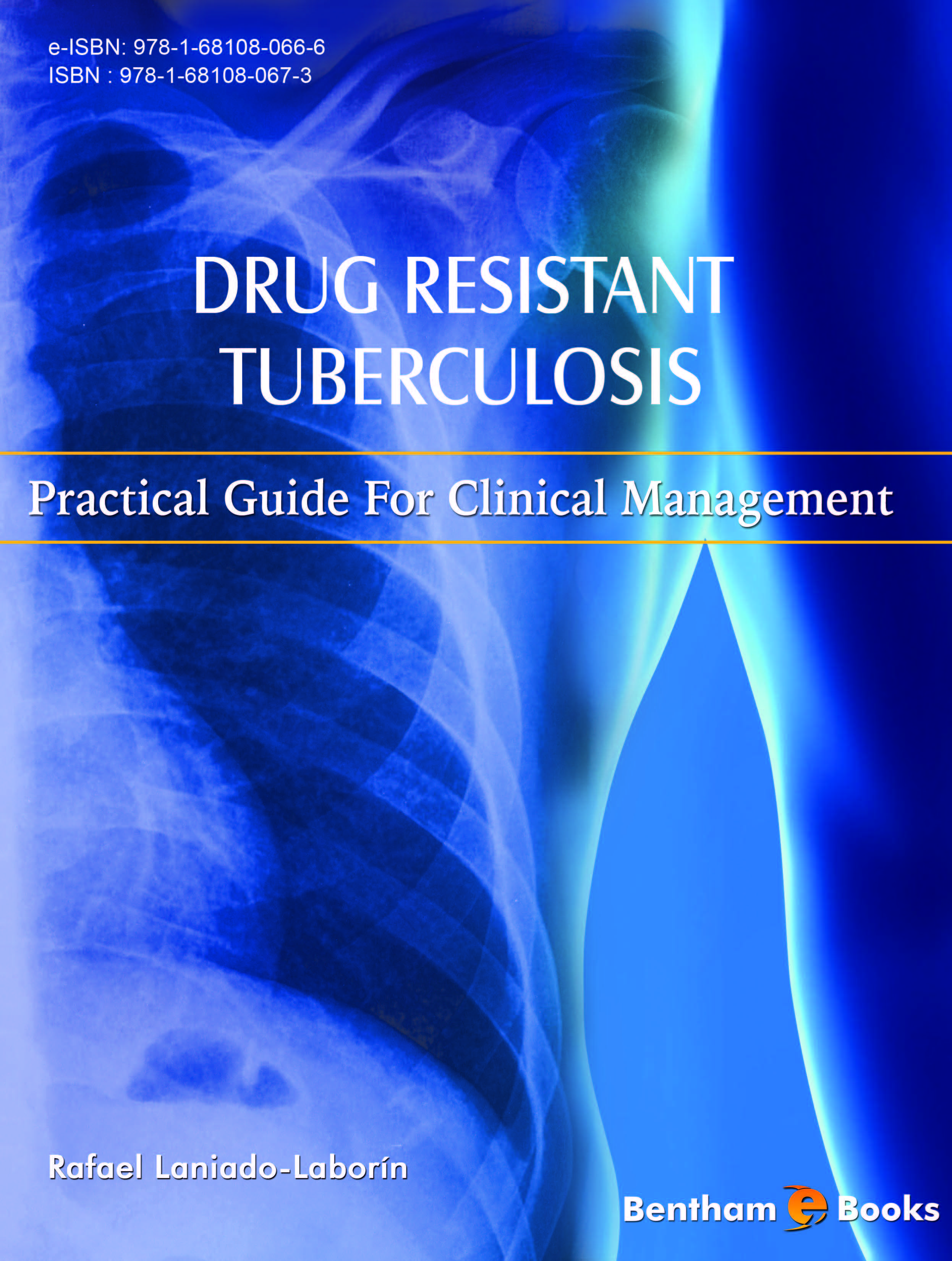 The book also includes a series of clinical cases illustrating some of the most frequent problems encountered by doctors while treating drug resistant tuberculosis in a clinical setting.

Drug resistant tuberculosis (DR-TB) has become one of the main obstacles for global control of the disease. This problem, generated by inadequate treatment is particularly worrisome when resistance includes isoniazid (H) and rifampin (R) simultaneously, the most potent and active drugs against Mycobacterium tuberculosis. Treatment for this form of TB known as multidrug resistant tuberculosis (MDR-TB) requires a minimum of 18-24 months of treatment with drugs that are less effective, more toxic and more expesive than those needed for drug susceptible TB; unfortunately the rate of success of treatment for this form of TB hardly reach 70%.

Unfortunately, the extensive and inadequate use of rifampin in the past 30 years has generated an ever increasing number of MDR-TB cases that has reached epidemic levels in some regions of the world. It is estimated that by the year 2013 there were more than 480,000 cases of MDR-TB and that more than half of them were new cases never treated before, and thus the result of transmission of drug resistant strains in the community and confirms its epidemic nature.

This growing scenario of MDR and XDR-TB has many experts considering that we are going to face soon forms of TB that will be virtually incurable. This however, is not true since all forms of TB, even those with the most extensive degree of resistance have a possibility of being cured. This will depend decisively on the adequacy of the medical treatment available and this in turn will depend on the standards of quality for programmatic management of TB by national TB programs.

For this reason, sound clinical management of patients with suspected or confirms DR-TB is fundamental for successful management. And here lies the problem, since DR-TB is a relatively recent phenomenon for which, the best clinical approach has not been fully standardized. Standardization of this complex clinical problem is therefore urgently needed. That is why, that books like this one, written in a rational and simple style by Dr. Laniado, are very helpful for clinicians caring for these unfortunate patients.

I was fortunate to meet Dr. Laniado in his native Tijuana, Mexico. And from the beginning I knew that I had the luck to become acquainted with a clinician that not only had exquisite knowledge of TB and MDR-TB, but also had the passion and dedication to his patients and the will to explore to the maximum their possibilities of being cured. During all these years many patients have benefited from the quality and warmth that Dr. Laniado offers them every day. He has published extensively from his TB Clinic in Tijuana. And now we are in luck that he has dedicated innumerable hours to this book in which in a very straightforward way presents the fundamental principles of the best clinical management that can be offered to these patients. There will be many clinicians, pulmonologists and non pulmonologists that will benefit from this nice treatise.