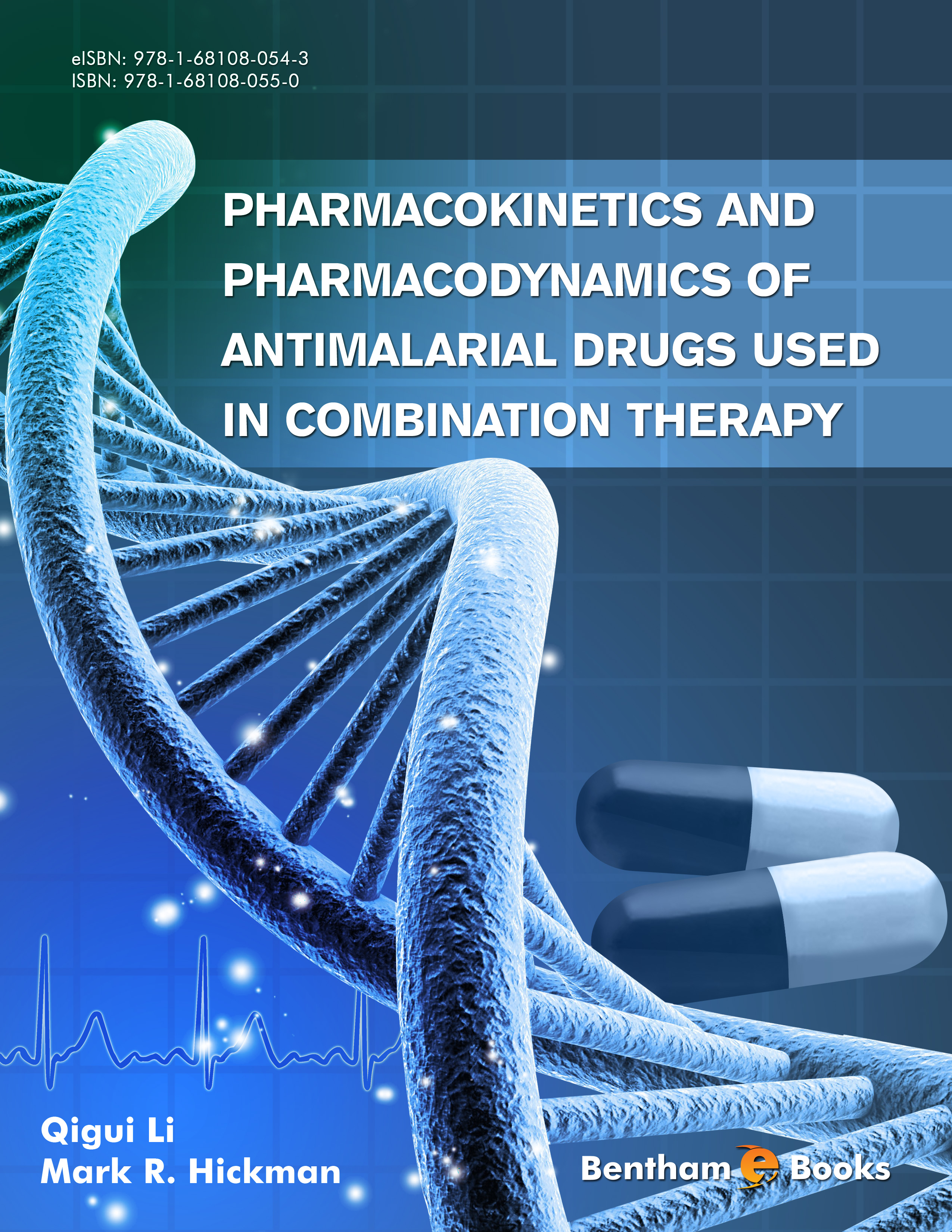 Pharmacokinetics and Pharmacodynamics of Antimalarial Drugs Used in Combination Therapy

Malaria takes a great toll on human health and well-being, particularly in tropical regions including Sub-Saharan Africa, Southeast Asia, Oceania and parts of the Americas. In recent years, some Plasmodium strains have become increasingly resistant to all classes of conventional antimalarial drugs currently in use. Researchers have, therefore, stepped up efforts to revise atimalarial drug policies, develop new drugs, and implement new strategies to combat this disease. In order to prevent widespread resistance, antimalarial combination therapies (ACTs) have been deployed and a World Antimalarial Resistance Network has been established as a means of anitimalarial drug resistance surveillance. Artemisinin-based combination therapies have proven to be useful as a replacement for standard regimens. Currently, these ACTs successfully cure patients suffering from uncomplicated malaria with superior efficacy and lower toxicity, but there remains a huge challenge (high mortality rate) associated with treatment of severe malaria. Studies of drug disposition and drug efficacy (PK/PD evaluations) are essential to understanding why drugs work as antimalarials as they illustrate issues with drug resistance, drug safety and drug toxicity that are critical to finding the appropriate drug dose for patients. This eBook illustrates how currently available combination antimalarial drugs can be optimized for effective malaria treatment. Chapters in this book explain methods to select combination drugs based on PK/PD evaluations followed by methods o reduce drug toxicity based on these evaluations. The book also summarizes efforts that are being made by the research community to improve ACT. It is, therefore, a handy reference for medical professionals and pharmacologists working on antimalarial drugs.

Safety, comparative efficacy, and dose determination studies are all best conducted by thorough consideration of pharmacokinetic and pharmacodynamic variables that impact on how quickly all of the relevant questions can be answered to develop a drug for clinical use in man. Development of drugs to the standards to regulatory standards set by first world regulatory agencies like the FDA or EMA, in particular, imposes a high threshold that must be met with limited funds.

Well-planned clinical trials of comparative efficacy that have a sound foundation of safety and PK studies are more likely to be successful than clinical trials developed with minimal PK and safety data. The use of physiologic based pharmacokinetic/pharmacodynamic (PB PK/PD) studies, innovative population PK/PD studies, factorial study designs, and drug resistance models are all modern tools that can provide a faster path forward than simple empirical trial designs that do not utilize these techniques. The issue of malaria drug resistance in the modern era imposes yet another burden on drug developers as development of an antimalarial drug for treatment of a disease, which is difficult to begin with due to limited funds, is not a “one and done” activity. Every antimalarial drug developed to date eventually has come up against problems with drug resistance, and all of these drugs come with a limitation on their use in terms of the length of time on market until clinical resistance is encountered.

Drug combinations offer the potential to extend the life of existing antimalarial drugs, and drug combinations also have the potential to limit the development of drug resistance through disease treatment with two or more drugs whose different or synergistic mechanisms of action are mutually protective. The development and deployment of artemisinin combination therapies (ACTs), in particular, over the last decade has revolutionized malaria treatment in endemic areas. While ACTs have become the wonder drug antimalarial combination treatment of the new millennia, all ACTs on market will eventually run into drug resistance problems that preclude their use in various endemic areas. Accordingly, new and novel antimalarial drug combinations must be innovated to try and stay ahead of the growing tide of malaria drug resistance. Fundamentally, this is a contest between a parasite’s ability to mutate and man’s ability to innovate.

We believe that proper application of new, modern PK/PD tools can radically improve clinical trial design and execution which maximizes the “bang for the buck” and speeds the development of new antimalarial drug combinations.