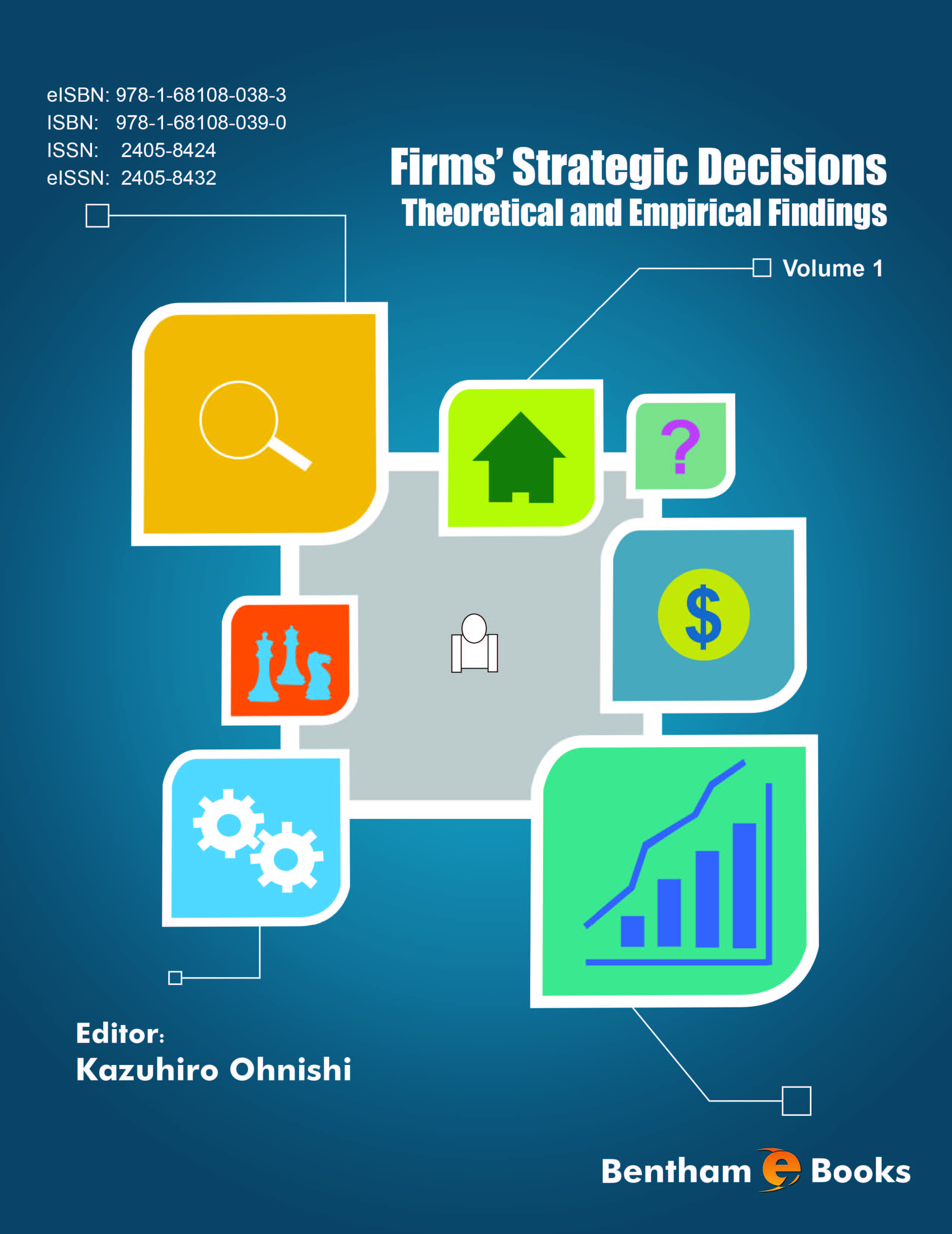 This eBook presents recent theoretical and empirical research on firms and their strategies employed in specific scenarios and industries. Readers will find, in this volume, analyses of oligopolistic industries done by using various economic models. These models attempt to explain changes to the competitive environment owing to strategic firm behavior, that is, on the assumption that firms are able to compete effectively and advantageously against rivals through applying strategic initiatives. This eBook investigates the behavior of profit-maximizing firms as well as labor-managed, state-owned and joint-stock firms. Fifteen chapters present theoretical or empirical findings, and develop economic analyses of firm behavior.

Firms’ strategic decisions in oligopolistic and monopolistic industries are one of the most important themes that attract the interest of many researchers in the fields of microeconomics, industrial organization, and so forth. This book contains current empirical as well as theoretical studies on strategic firm behavior and is composed of fifteen chapters. Each chapter presents current theoretical or empirical findings, and develops the economic analysis of strategic firm behavior.

The first six chapters investigate firms’ strategic decisions in oligopolistic and monopolistic industries based on the economic theory of profit-maximizing behavior. The first chapter compares the subcontracting systems of the U.S. and Japanese automotive industries using a threestage duopoly model. It is then found that the international competitiveness of Japanese automakers is created by the cooperative relationship between automaker and supplier as well as the supplier’s high skill and ability. The second chapter examines the conjectural variations solution of an oligopoly model with homogeneous and quantity-setting firms where first a merger among firms may occur and second firms produce. It is then shown that the effects of the wellknown merger paradox on merger profitability might be alleviated if the degree of competition is considered. The third chapter uses a model consisting of a franchiser and a franchisee and investigates royalty modes in the franchise arrangements of convenience stores under double-sided moral hazard. It is then shown that a franchisor can achieve the first-best outcome by adopting margin-based royalties under double-sided moral hazard. Chapter 4 gives a complete comparison of the classical duopoly games with linear demand and constant marginal cost, and fills the gap in the literature on classical oligopoly competition. Chapter 5 considers a model that captures the idea of customers’ disutility from firms’ profits and studies the effect of customers’ social concern on equilibrium outcomes in monopolistic and oligopolistic markets. It is then shown that customers’ social concern leads to lower equilibrium prices but has no effect on optimal quantities. Chapter 6 considers a continuous-time infinite-horizon duopoly model with complementary goods, and investigates the optimal level of labor investment by duopoly firms in a new complementary goods industry. This chapter finds that there are multiple equilibrium outcomes where the firms invest beyond their steady-state reaction curves.

The seventh chapter considers a two-stage Cournot model with one established firm and one potential entrant and examines the entry-deterring equilibrium outcomes resulting from the strategic commitments by the established firm. The main result of this chapter states that strategic commitments can be used as a powerful tool for entry deterrence in quantity-setting competition.

Chapters 13-15 provide significant empirical contributions. Chapter 13 estimates the extent of Pricing-to-Market for Japanese automobiles exported to the U.S. over the 1987-2000 period. This chapter finds a high degree of Pricing-to-Market behavior in Japanese auto exports to the U.S., at least over the 1987-2000 period. Chapter 14 takes advantage of a unique panel of small and medium-sized manufacturing firms in Italy over the 1998-2006 period, and studies the determinants of multiple lending relationships in a country where small businesses are the heart of the productive structure. It is then shown that larger, more indebted and innovative firms tend to increase the propensity to establish multiple relationships, while higher amounts of debt granted by a main bank seem decreasing the propensity of being multiple-banked. Chapter 15 uses the primary survey data collected from the National Capital Region and Chennai in South India between November 2008 and March 2010, and investigates the question of whether opening up the market for foreign direct investment in retail businesses will be a hindrance to the survival of the small unorganized retail outlets. This chapter finds that the organized corporate retail businesses did displace some small unorganized retail outlets, and the displaced small unorganized retail outlets relocated themselves in fringe areas of the cities and earned more profitable.

As seen above, this book contains the important findings of theoretical and empirical researches on strategic decisions by firms. The chapters in this book cover and develop a wide and varied range of important aspects of firm behavior, such as subcontracting systems, horizontal mergers, franchise arrangements, oligopoly competition, investment decisions, entry deterrence, mixed oligopoly, lifetime employment, partial privatization, pricing-to-market, multiple banking relationships and location choice. All the chapters make significant contributions in areas that have been neglected by previous studies. This book is suitable for those studying firm behavior in the fields of economics, business administration and engineering, including academics, professionals, policymakers and graduate students. The level of the book may be a little advanced for undergraduate students.

This volume presents a collection of fifteen high-quality studies completed before 2015. Later volumes will also contain the latest studies by many eminent researchers all over the world.

I regret that there are few empirical studies in this volume. However, three empirical papers contained in the volume are all excellent and deal with quite interesting topics. In later volumes, I will collect and edit more theoretical and empirical papers on firms’ strategic decisions. Finally, I am most grateful to Professor Leonard F. S. Wang of the National University of Kaohsiung for writing the foreword. I would also like to thank anonymous reviewers for valuable comments and Bentham Science Publishers, particularly Fariya Zulfiqar and Salma Sarfaraz for their kind support and help.