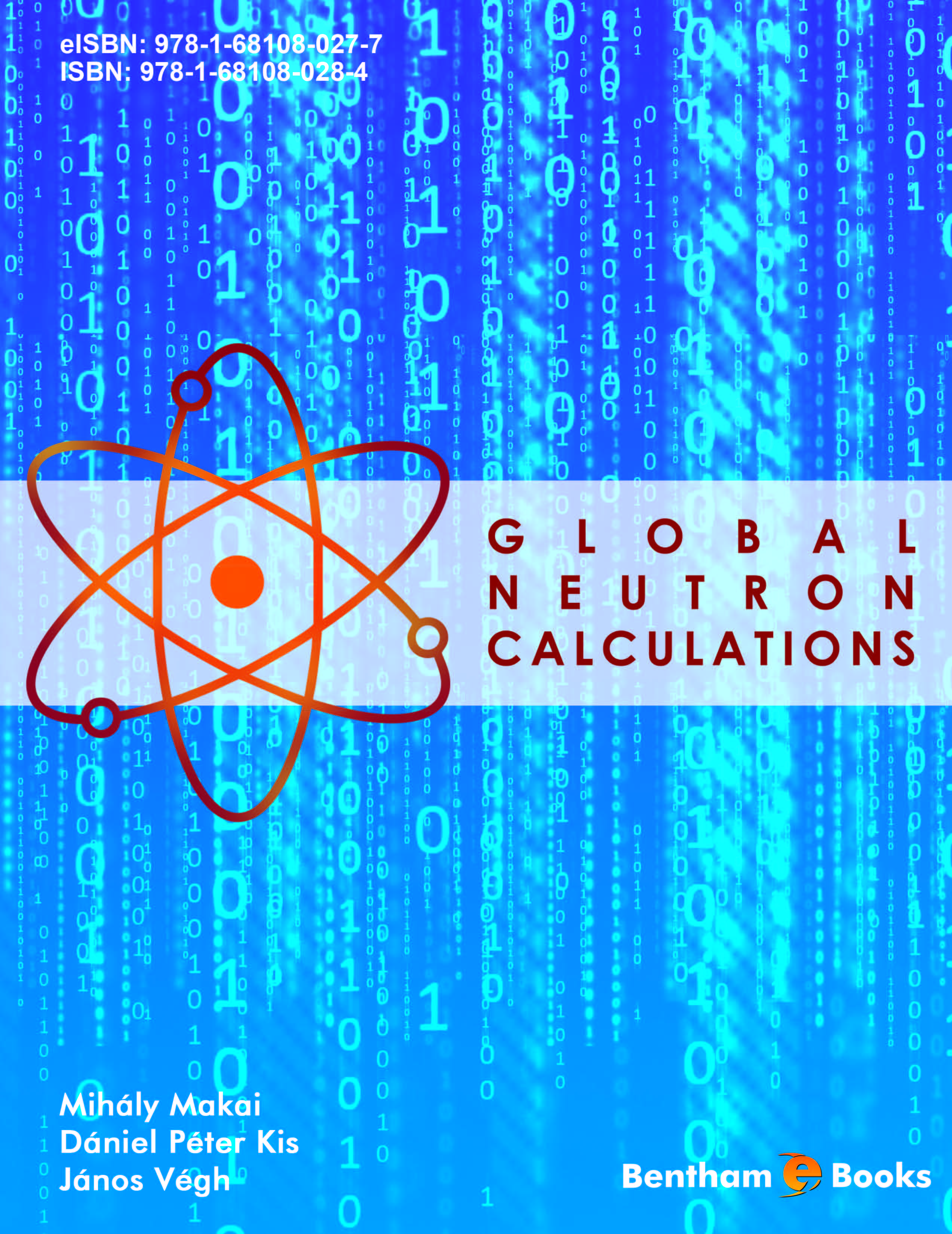 Global Neutron Calculations provides assessment guidelines for nuclear reactors in a step-by-step manner. The book introduces readers to principal physical ideas, the fundamentals of nuclear reactors including the theory of self-sustaining chain reactions and the associated physical and mathematical calculations. The required theory, the mathematical appparatus and, the applied methods are comprehensively explained in the first half of the book followed by details about the applications of the theory and methods.

Global Neutron Calculations demystifies technical and mathematical knowledge about reactor design, operation, safety and analysis for engineers learning about one of mankind’s most controversial means of power generation.

This treatise, of less than 400 pages, manages to cover the entire field of nuclear power production, from E = mc2 almost, but not quite, to the construction of a thermonuclear weapon. (No need for that anyway, as Google will provide many feasible designs.) It covers reactor physics in detail, including almost all popular (and many unpopular) calculational tools; experimental techniques; engineering plans; and almost anything else relevant to the design and operation of a nuclear power plant (including state-of-theart descriptions of what’s going on around the world of nuclear power. It even describes uranium enrichment, via gaseous diffusion and centrifuges, but does stop short of explaining how tritium is produced, an essential ingredient in boosting weapon yields.) Some mathematical and engineering details are added in a series of five appendices. Throughout, the three authors display their deep understanding of the physical, mathematical and engineering processes underlying the nuclear power industry.

A theoretical physicist, uninterested in experiment or engineering details, could still profit greatly from this book. As could an engineer or an experimental physicist, or chemist, for that matter. She would only have to skip the irrelevant portions of the text. But is this the right thing to do? In this day of holistic information theory I think a reactor scientist, whatever her academic background, would be well served to have at least a minimal amount of contact with all aspects of the field. This has been emphasized to me by papers I have listened to devotedly at the biannual ICTT2 meetings, which in the past few years have begun to move from isolated topics in mathematics and physics (primarily) to actual, detailed descriptions of (all) the processes taking place in nuclear power plants. The senior author of this book, a regular attendee at these meetings and himself the organizer of one, is/was surely not unaware of this trend, and, indeed, it is tempting to speculate that the schema of this book was inspired by the papers presented at these meetings.

It is interesting to contrast what might be called this "modern" approach to the way I learned about reactors. I had my first introduction to the art in the summer of 1950. I was still a graduate student at Duke University, but my thesis adviser, Eugene Greuling (co-inventor of the Greuling-Goertzel approximation still used in slowing-down calculations, and described in this book) arranged for me to spend the summer working with him at Oak Ridge, on the design of a nuclear reactor for aircraft propulsion. It seems like an idiotic idea now, but at that time when air-to-air refueling had not been invented it was clear that a chemically-fueled bomber would never have the range to fly from the U.S. to the U.S.S.R and return safely. Adding more fuel simply increased the weight of the aircraft without extending the range. I tried vainly to learn a little reactor physics, but the only text available was a short monograph by Soodak and Campbell (Harry Soodak was a fellow Dukie, by the way, but already had his degree). The book simply did not go into enough detail to give me a grasp of the fundamentals. The aircraft project sputtered along for several years before the Boeing Company figured out the better solution mentioned above.

Later that year, as I was the only graduate student at Duke with a Q-clearance, I was assigned to work on a secret contract Duke had received from the U.S. government to help design something misnamed the "MTR" for "materials testing reactor". However it was not a reactor at all, but a high-energy proton accelerator designed to bombard depleted U-238 and change it into Pu-239. This scheme, invented by E.O. Lawrence, was set up at a secret laboratory built expressly for him, now known as the Lawrence Livermore Laboratory. I never knew that the laboratory was supposed to be secret, and I talked about it to many uncleared friends before its existence, as a previously secret entity, appeared in the newspapers. (I was lucky not to be prosecuted, as this happened at the height of Sen. McCarthy’s reign). I don’t think I contributed much to the project; at least, when I won the Lawrence medal in 1972, this project was not mentioned in my citation. One problem might have been that a few moments after the accelerator was finally turned on the entire uranium target melted due to heat deposition from the proton beam, when the program itself its quietus made. Here is a prime example, I aver, of why engineering should not be separated from physics. Another is the aircraft reactor project, where a savvy aeronautical engineer/pilot might have figured out a better and much cheaper way to threaten the U.S.S.R from the very beginning.

After graduate school, in 1953, I went to work at the Knolls Atomic Power Laboratory, designing reactors for submarines. Five years later I joined the Nuclear Engineering Department at the University of Michigan. In the interim, I taught a night course in reactor physics at Union College in Schenectady, where the Knolls Lab was located. The only text available to me (besides the previously cited Soodak and Campbell) was the reactor physics book of Glasstone and Edlund, so I used that, as inadequate as it was (already ten years out of date). I did learn a great deal of reactor physics, but I never really learned how reactors worked. Things like fuel management, heat transfer, nucleate boiling, accident prevention, etc., all topics discussed in detail in this book, were a deep dark mystery to me. When it became apparent that I would have to learn all that stuff if I wanted to remain a nuclear engineer, I left the University of Michigan, joined the physics department at Virginia Tech and resigned as a Fellow of the American Nuclear Society. Kenneth Case, physics professor at the University of Michigan, had already begun to transform me into a mathematical physicist, a transformation exacerbated by my excellent relations with the mathematics department at Virginia Tech. And yet, if I had stayed in reactor physics? Who knows what might have been. In the early 1990’s, more than twenty years after leaving Michigan for Virginia Tech, I was invited to participate in my first American Nuclear Society meeting after many years away. I couldn’t believe the adulation I drew. Everybody knew my name and my work in reactor physics, even after so many years. I lost my chance to be famous by forsaking nuclear engineering. Perhaps if this book had been available then, my entire life would have been different!