I was quite surprised when Bednarik suggested that I write the foreword for this book, for I am entirely a product of the Euroamerican archaeological establishment he has vociferously criticized for decades, although my own research and interpretations sometimes deviate considerably from its august received orthodoxy. In many ways, this present work reminds me very much of Dr. Robert Bakker’s (1986) book, The Dinosaur Heresies, another volume from a very different field similarly devoted to upending established orthodoxies. Bakker’s work turned the dinosaurs from plodding morons into dynamic, even colorful, creatures at drastic odds with the thentraditional orthodoxy of fossil interpretations. Time and recovery of new and better data has tended to confirm Bakker’s interpretations. Bednarik gives us a similar tantalizing view of our own human ancestors with this work, and he rightly chastises our own discipline’s purveyors of the received orthodoxy as he calls for a paradigm shift. We must, however, be cautious, for proposals of nautical activity on the part of Lower Pleistocene Homo are unquestionably more provocative than feathers for tyrannosaurs who genetics have shown to be related closely to birds.

Yet, shifts in paradigmatic perspectives are not new to archaeology at all and they occur independently of demands for them. In fact, the discipline is replete with them. Consider merely the epistemological shifts against the previous orthodoxies associated with the following names: Boucher de Perthes, Breuil, Peyrony, Garrod, Childe, to Bordes, from MacNeish to Binford; changes in the disciplinary constituency result over time to paradigmatic shifts. This is evolution in action, and it is actually a sign of a dynamic field, not just a monolithic stasis of orthodoxy. Whereas we frequently describe these punctuated phenomena less elegantly, often labeling them “disciplinary revisions”, the process is the same and they are very simply part of the fabric of archaeology.

As is Bednarik’s wont, he paints rather a dismal, if interesting, picture of an embattled archaeology of Western determinism largely premised upon a severe critique of the orthodox “African replacement model” of human origins. Although I think Bednarik can tend towards hyperbole on occasion, we can, I submit, recognize many aspects of our discipline in his words: its tendency to serve nationalistic and political ends; its domination by a self-elected literary elite who ruthlessly polices its niche against interpretive heterodoxy; its scientific hubris, in which it constructs itself as Science even as it uses non-falsifiable premises to frame its basic arguments. So long, however, as archaeology is practiced by analog minds with biases and pervaded by individual economic self-interest it will be ever thus. All of Science is pervaded with bias, not merely archaeology.

We find ourselves in a quandary in this regard: we may wish to study biased human organisms free from human bias, but laboring against intrinsic properties of the biased subject of inquiry is unwise when the subject is its own biased observer. As someone with a significant Geology background, I have often compared it to archaeology (aside: why do we generally not capitalize archaeology while we do other sciences?), admiring it for its cold precision in describing tangible material, physical, chemical, mineral, and lithological properties. And yet the reason we become archaeologists is our interest in the intangible human past as opposed to the exhaustive study of extremely tangible ooids and calcium carbonate outcrops that conform entirely to physicochemical predictions.

In the past twenty years, despite numerous instances of special-pleading (see Henshilwood and Marean 2003, for example) the African replacement model has come under tremendous stress, and as its body of thought strains against such challenges we should reflect on some very simple things. First, we have now the powerful ability to sequence ancient DNA, at least that from <50 ka, which has presented the African Eve model with a mortal threat against its primary assumption: that “moderns” and “archaics” were totally separate species. The non-African human genome is now known to contain Neanderthal DNA; many Southeast Asian genomes contain Denisovan DNA. If DNA is good enough to solve recent murders in the law courts it is probably admissible as evidence to ancient human affiliations. Second, a reconsideration of the precious few examples of Lower-Middle Pleistocene perishable technology visible to us at Schöningen, Lehringen, and Clacton-on-Sea has given us the barest glimpse at the breadth of the technological repertoire available to allegedly archaic humans, and it is broader than the traditional orthodoxy can bear. 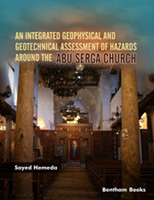