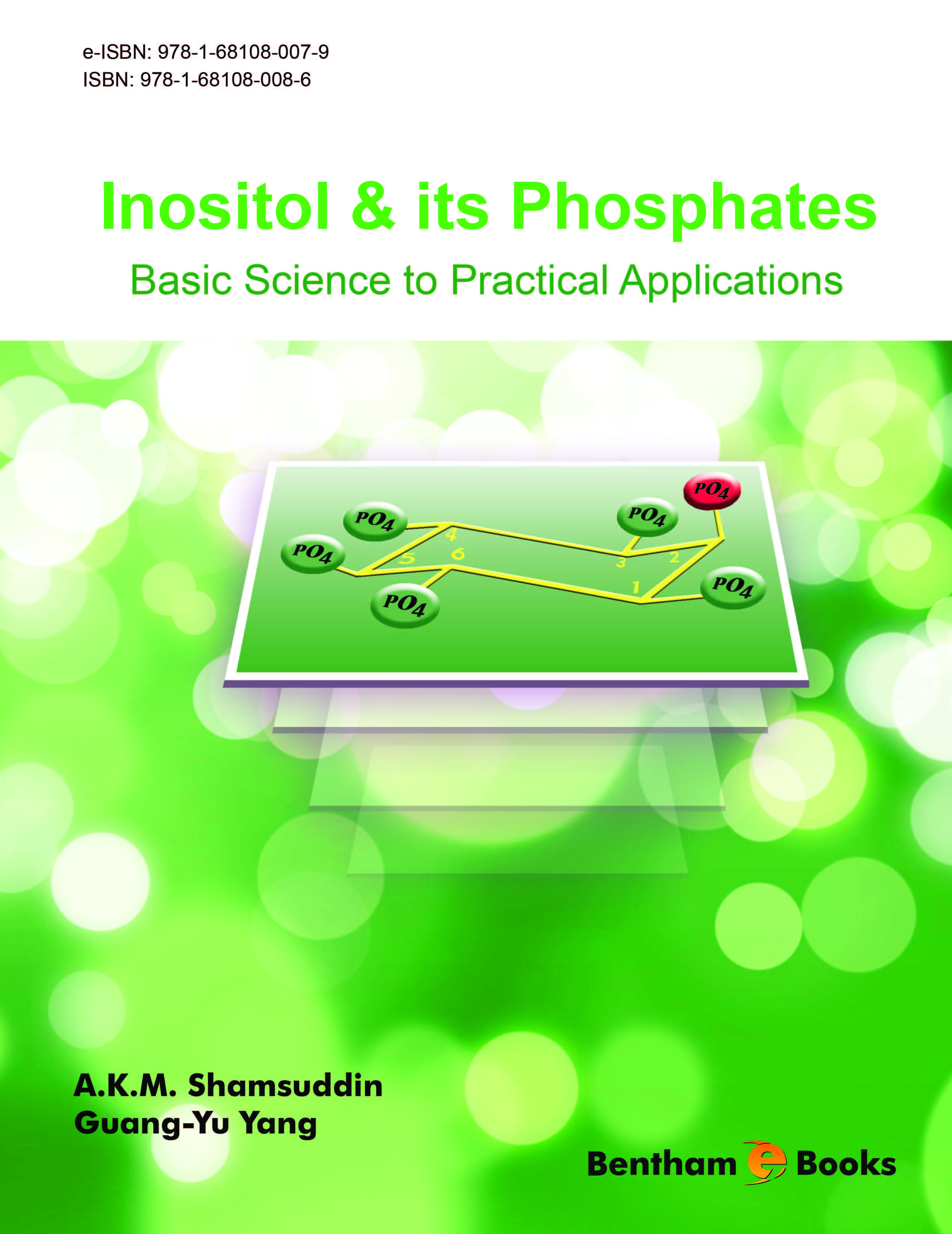 Inositol and its phosphates are ubiquitous across most life forms, wherein they play important roles in cellular integrity and functions such as signal transduction, DNA damage repair ion transport and mRNA transport. This reference details the biochemistry and industrial applications of inositol and its phosphate derivatives. Topics covered in this book include the use of inositol and its hexaphosphate (IP6) for numerous health benefits – as antioxidants, as an anti-cancer drug, for the management of atherosclerosis, diabetes, osteoporosis, Alzheimer’s disease, sickle cell anemia, and even in fighting tooth decay. Readers will also learn about Industrial applications of Inositol including preservation of food and wine, nanotechnology, lithium ion battery, fuel cell technology etc. Inositol & its Phosphates: Basic Science to Practical Applications is a valuable reference for any researcher or aspiring biomedical professional seeking to know more about this fascinating metabolite.

Interest in the role of nutritional factors and cancer began in earnest following the 1975 Key Biscayne, FL International Symposium entitled, Nutrition in the Causation of Cancer. Since then, literally thousands of publications have appeared ranging from epidemiological and animal model to genomic studies. These studies have ranged from the cancer preventing effects of food groups to specific foods, and to specific biologically active agents in foods, such as carotenoids, curcumin and isoflavones.

Clearly, however, over the past 3 decades, the preponderance of attention paid by the US National cancer Institute (NCI) has been, not to dietary factors, but to genetic factors, despite the fact that genetic factors have been shown to affect roughly only 5%-10% of all cancers. With this discrepancy in mind, Christopher Wild, Director of the International Agency for Research on Cancer, introduced the term the exposome, which includes the total spectrum of the environment i.e., UV radiation, industrial toxins, pollutants and the foods we consume and warned that in order to significantly reduce cancer incidence and mortality more attention must be paid to environmental agents.

This brings us to the contents of this eBook. Until coming upon Dr. Shamsuddin’s work, my interest in inositol and its various metabolites was limited to its role as an essential nutrient for culturing cells in vitro. The complex metabolism of inositol compounds has been the subject of numerous reviews. In this fascinating and revealing eBook, Dr. Shamsuddin has diligently culled the literature dealing with InsP6 popularly known as IP6, a phosphorylated derivative of inositol, in relation not only to cancer but to other diseases including osteoporosis, diabetes, kidney stones, heart disease etc. This review covers evidence gleaned from animal model, cell culture and gene expression studies and a limited number of clinical trials, suggesting that IP6 has numerous health benefits besides industrial uses.

Not surprisingly, none of the major granting agencies or research organizations has been supportive of this research. The anachronistic standards of the US National Cancer Institute, which require injecting agents into the circulation and measuring blood levels, are standards that do not apply to orally available agents such as IP6. In sum, despite the fact that there is a vast literature on the metabolism of inositol compounds, there is no authoritative account extant of the role of inositol phosphates in health and disease. Dr. Shamsuddin, who has devoted much of his career to IP6 research, has filled this void with a very readable, well-documented and balanced review. This eBook will, no doubt, prove of interest to basic scientists in natural and biological sciences as well as to practicing physicians.