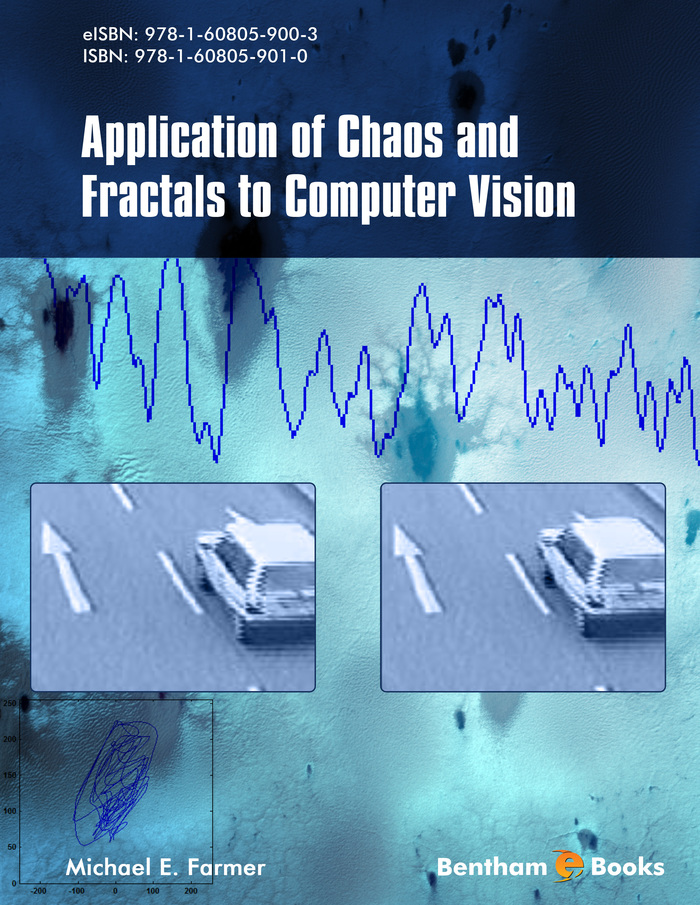 This book provides a thorough investigation of the application of chaos theory and fractal analysis to computer vision. The field of chaos theory has been studied in dynamical physical systems, and has been very successful in providing computational models for very complex problems ranging from weather systems to neural pathway signal propagation. Computer vision researchers have derived motivation for their algorithms from biology and physics for many years as witnessed by the optical flow algorithm, the oscillator model underlying graphical cuts and of course neural networks. These algorithms are very helpful for a broad range of computer vision problems like motion segmentation, texture analysis and change detection.

This book is intended for graduate students, upper division undergraduates, researchers and practitioners in image processing and computer vision. The readers will develop a solid understanding of the concepts of chaos theory and their application to computer vision. Readers will be introduced to a new way of thinking about computer vision problems from the perspective of complex dynamical systems. This new approach will provide them a deeper understanding of the various phenomena present in complex image scenes.

Computer vision has been an active area of research in the Computer Science community for well over half a century. Various areas of research within this community such as image segmentation and object recognition continue to be actively pursued. These areas continue to prove challenging in terms of developing general approaches to broad classes of problems. Approaches that are promising in the laboratory and on standard data sets often fail to meet expectations in real world applications. Researchers have derived motivation for their algorithmic approaches from a variety of other research fields including, physics, physiology, psychology, evolutionary biology, and mathematics. Approaches inspired by physics include optical flow which is obviously based on fluid flow theory and normalized graph cut which is loosely based on coupled oscillators models. Likewise, numerous mathematically inspired models such as probability distribution mixture models, fractal analysis, support vector machines, and optimization theory have been employed. Approaches inspired by physiology obviously include neural networks, while evolutionary biology has inspired genetic algorithms and swarm-based algorithms.

In parallel over the past thirty years researchers in dynamical systems and physics have explored the field of chaos theory where complex system behaviors have been understood as emerging from relatively simple mathematical constructs. This research has found a place in a broad variety of applications such as weather analysis, mechanical vibration analysis, and electrical signals in biological neural pathways. Much of the biological research has been conducted in perception systems such as nasal and optical systems. Because of these efforts in explaining biological neural systems through chaotic dynamics it was quite natural that researchers began exploring adding chaos theory to artificial neural networks and this has been a common approach for enhancing neural network algorithmic performance.

Chaos theory to date, however, has been focused predominantly on applications to neural networks in the computer vision community. Some researchers have applied chaos theory to peripheral tasks such as image compression, but it has not found a home in the traditional computer vision tasks such as segmentation, image registration, or feature extraction. In this text we will remedy this shortcoming. We explore applying concepts from chaos theory to all aspects of computer vision including static and moving object segmentation, scene registration and tracking, as well as neural and genetic algorithm approaches to object classification.

One powerful concept that has arisen from the research in biological neural systems is the concept of the aperiodic forcing function that when applied to a system can create complex chaos-like behavior. This concept will be exploited throughout this text both for generating temporal chaotic-like behavior in image sequences as well as for generating spatial chaotic-like behavior in image textures. In particular, we will demonstrate that illumination effects in image scenes can be modeled by linear forcing functions while motion, contextual change and image texture can be modeled with these aperiodic forcing functions. We will exploit this distinct difference in forcing functions to develop approaches to computer vision applications. This is a dramatically different approach from algorithms to date which intentionally linearize these various effects with a variety of approximations. In this text we will embrace the inherent non-linearities present in complex image scenes and by analyzing them using the tools from chaos theory we will discover approaches that are inherently immune to illumination change. Results from a variety of real-world applications using datasets collected by numerous researchers throughout the world will demonstrate the efficacy of the proposed approaches.

One interesting result of this book is that we will present algorithms to solve a broad range of vision tasks all based on this common theme of chaos theory. Tasks that in the past have been analyzed using significantly different algorithms such as motion segmentation and texture analysis will be processed using the common approach of chaos theory. This text provides the first attempt to develop a fully unified view of computer vision tasks, with the various tasks being manifestations of temporal or spatial chaos, and a common toolset of algorithms are applicable across all of the tasks.