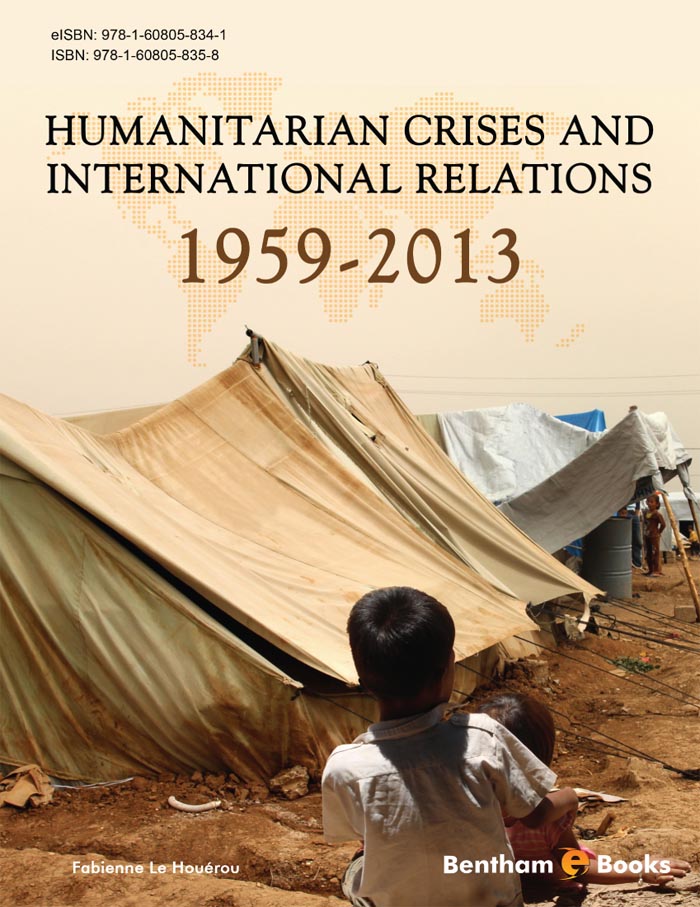 Humanitarian Crises and International Relations (1959-2013) presents a brief study of the relations between sovereign nations from 1959 to the current Afghanistan crisis (post NATO intervention). Each chapter is going to analyze a specific crisis in a chronological order. The chapters demonstrate how humanitarian crises linked to civil and military conflicts have reshaped international relations in our world today.

Dr. Fabienne Le Houérou draws upon a wealth of literature and on oral testimonies to explore the twin notions of humanitarian crisis and humanitarian intervention. Le Houérou’s interviews from various anthropological films lend intimacy to those most affected by humanitarian crises: refugees. Le Houérou’s poignant reflections on her firsthand experience with refugees underscores the significance of her conclusions.

Fabienne Le Houérou’s conclusions contrast with those from a recent book, Vingt ans dans l’ombre du chapitre VII: Eclairage sur deux décennies de coercition à l'encontre de l'Iraq (Harmattan, 2013) by Coralie Pison Hindawi. Hindawi claims the United Nations Security Council’s (UNSC) coercive actions against Iraq from 1990 to 2003 (sanction, no-fly-zone, military intervention, occupation) led to utter catastrophe, and qualifies her conclusion to oppose coercive humanitarianism. On the other hand, Le Houérou’s methodology and ambitious efforts to map the evolution of humanitarian crises demonstrates nuance. For example, Le Houérou deplores the lack of military interventions in the case of Rwanda, which resulted not only in the genocide of 800,000 Tutsi-Rwandans, but also generated another conflict and civil war in Congo.

Despite agreement by both authors on the role of human suffering for geopolitical gains, the selectivity of the UNSC, and the seminal role for great powers (including China and Russia) in interventions, I found Le Houérou’s conclusions much more disenchanted and realistic than those proffered by Hindawi. Hindawi warns against the banality of coercion in the post-cold war’s international relations paradigm. Yet Fabienne Le Houérou extrapolates a range of factors for the reluctance of the international community to intervene in many instances.

My own work on humanitarianism in the Palestinian territories reaches comparable conclusions as Le Houérou. I argue the catalogue of human sufferings and the diagnostic categories of humanitarian management inscribed by the deployment of "humanitarian" bio-power can be located at the juncture between the “governmentality” and the intersection of rights with biopower, as developed by Giorgio Agamben. This separation of humanitarianism and politics - that we are experiencing today - could be attributed to the decoupling of the Rights of Man from the Rights of the Citizen, as predicted by Hannah Arendt. In the final analysis, however, humanitarian and international organizations – which today are supported by governmental and inter-governmental agencies – can only grasp individuals as sacred humans rather than as citizens, and therefore, despite best intentions, contribute to the maintenance of the very power structures which necessitate the need for such interventions in the first place.

Despite such revelations, humanitarian organizations continue in the role of service providers rather than challengers to status quo. In this sense, humanitarian efforts become a substitute for political efforts and, under the ideology of humanism, the international community commits to a neutral language to address conflicts. In the Palestinian territories, the normalization of the State of Exception of the Israeli occupation serves as a notable example. This enabling framework of the occupation moderates, legitimizes, and reproduces the logic of humanitarian concern to address the symptoms rather than the roots of the humanitarian crisis. This inverse moral aspiration assumes an analogous structure of exception, and facilitates further human suffering.

Finally, this timely book resonates with the ongoing Arab revolutions peppered throughout the Middle East. These uprisings generated several humanitarian crises (Syria, Libya, Yemen), produced floods of refugees, and inspired a variety of interventions. Undoubtedly, the implications of these revolutions will persist for decades. In response, scholars, politicians, and civil society actors need to engage – as most are currently – in animated discussions on the preferred mechanisms of transitional justice at the national or international levels to further peace and reconciliation. Should greater weight be granted to the International Criminal Court or to localized legal or political institutions? Moreover, these humanitarian crises and ongoing tragedies demand reflection on the evolution in the rhetoric used to define such situations to foster a more robust grasp of the potential implications. Thus, Le Houérou’s important contribution to these discussions serves a crucial purpose to not merely explain the past, but also to better grapple with the present, and in doing so explore the implications for the future. 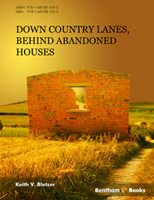 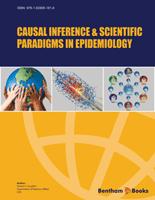 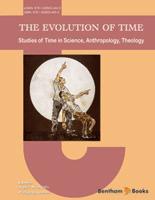