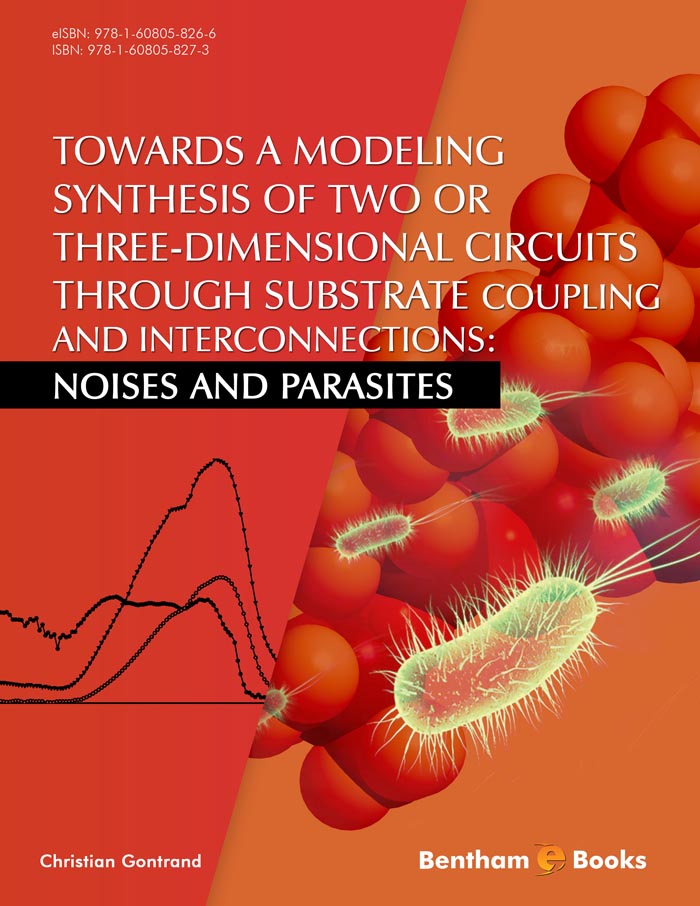 Towards a Modeling Synthesis of Two or Three-Dimensional Circuits Through Substrate Coupling and Interconnections: Noises and Parasites

The number of transistors in integrated circuits doubles every two years, as stipulated by Moore’s law, and this has been the driving force for the huge development of the microelectronics industry in the past 50 years – currently advanced to the nanometric scale.

This ebook is dedicated to electronic noises and parasites, accounting for issues involving substrate coupling and interconnections, in the perspective of the 3D integration: a second track for enhancing integration, also compatible with Moore’s law. This reference explains the modeling of 3D circuits without delving into the latest advances, but highlights crucial problems, for instance electro-thermo-mechanical problems, which could be addressed through 3D modeling. The ebook also explains electromagnetic interferences, at different modeling levels (device and circuit) oriented towards 3D integration technologies. It also covers substrate noise, such as disturbances of digital blocks, power bounces, phase noise in oscillators, both at the device level, such as carriers or field fluctuations, and circuit levels. The entanglement between interconnect and substrate is also discussed.

This ebook serves as a reference for advanced graduates or researchers in the field of micro and nano electronics interested in topics relevant to electromagnetic interference or the ‘noise’ domain, at device or circuit and system levels.

This eBook is attached to a reflexion in the development of intelligent devices and tools for cutting-edge applications in Medical Physics and Telecommunications, but also in High Energy Physics. We aim to develop new technologies and algorithms, with a common theme of placing intelligence into data-acquisition, processing and transmission technologies very close to the information source. We consider applications as pixel detectors in the harsh radiation environment, gamma-ray photodetectors, or others applications requiring extremely rapid “front-end” data processing, event selection, efficient transmission, and high-selectivity. Then, three-dimensional (3D) integration seems to be a good way for succeed in this project. 3D integration has emerged as a critical performance enabler for integrated circuits, at a time when the microelectronics industry is faced with unprecedented scaling barriers, which have arisen both due to fundamental physics and economic constraints. 3D integration provides a mechanism for space transformation of the traditional planar implementation of integrated circuits into three-dimensional space. It therefore provides a pathway to extend geometrical scaling for further performance enhancement (More Moore), as well as provide functional diversification (More than Moore) to improve higher-level system operation. At its core, 3D integration is simply the process of vertically stacking of circuits and creating electrical connections between them.

The advent of 3D integration is a direct result of relentless research in research laboratories, industrial and academic, over the last dozen years. Today, 3D integration exists as a diverse set of stacking and vertical interconnection technologies that can take a multitude of forms, with a suitable implementation depending on the application. Nowadays, commercial 3D products already exist, including small form factor image sensors that include through silicon vias (TSV), and recent products, like 3D memory chips, have been built.

The material of this volume is structured in five chapters;

The first one is dedicated to an introduction of 3D integration. A few years ago, an increasing number of publications and conferences had started to focus on this 3D integration. While a few reference books on this emerging field already existed, there was an urgent need, not to talk about some up-to date developments of technologies, treated in recent books, but to highlight crucial electro-physical problems, for instance electro-thermal ones, which could be addressed through the 3D; then, the idea of this eBook emerged. The heart of this eBook is related to noise or parasites, for instance electromagnetic interferences (EMI), oriented towards the 3D integration technologies The eBook covers the substrate noise on a circuit point of view (Chapter 2), like disturbances of digital blocks, power bounces, phase noise in oscillators, as well as device level (Chapter 3) such as carriers or field fluctuations (chapter 4); EMI are considered at both levels: device and circuit. Chapter 5 deals with the entanglement between interconnect and substrate, both of these items being often considered separately, and their electrical parameters extraction.

This eBook can be particularly beneficial to researchers and engineers who are already working or are intended to begin to work on 3D technologies and are aware of leaving to live all entities forming the complex and heterogeneous circuits in a harsh and noisy environment, which are linked but that have to work autonomously.

- To some former PhDs or Engineer Students of mine:

- This work is supported by INFIERI (INtelligent Fast Interconnected and Efficient Devices for Frontier Exploitation in Research and Industry) Program and UPM (Union Pour la Méditerranée).

The author(s) confirm that this eBook content has no conflict of interest.