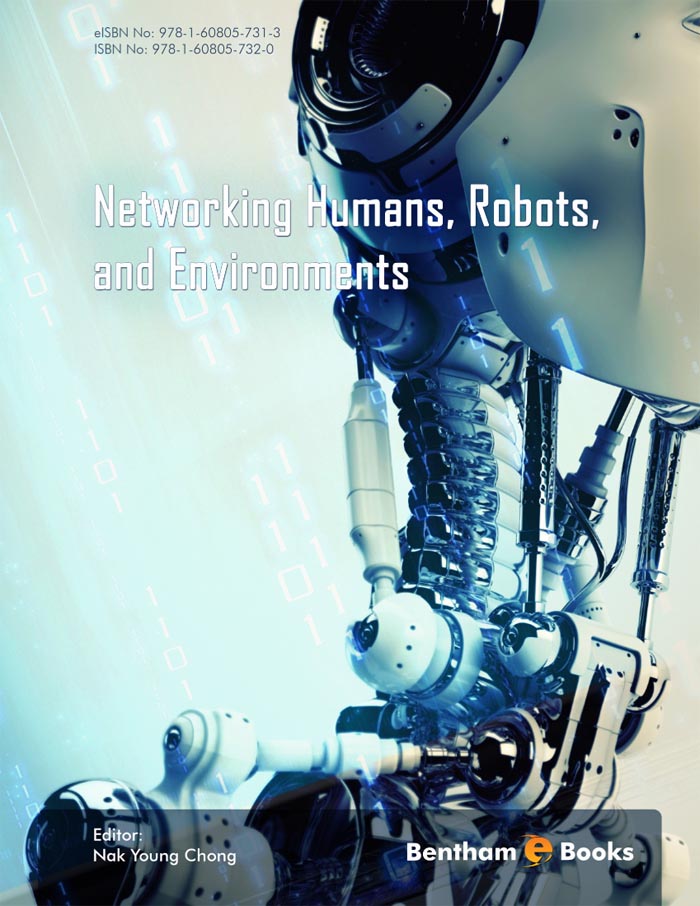 This book dives into the heart of how to design distributed control architectures for heterogeneous teams of humans, robots, and automated systems, enabling them to achieve greater cooperation and autonomy through the use of network technologies. It covers a wide range of practical, proven strategies for pervasive communication and collaborative problem solving abilities of humans, robots, and their environments. Each chapter consists of a presentation of findings from the latest research in networked robots and ambient intelligence. The chapters also detail how to allow robots to achieve universal access to the extended functionality of the environment that brings various cost effective services to those in need. Readers can envision a realistic view of what can be expected from a networked human robot cooperative environment in the next decade. The multidisciplinary content of this book is a handy reference for anyone interested in the future direction of ubiquitous computing and networked robots.

How do robots interact with each other and their environment? How do they interact with humans? Questions abound when robots form a constituent of our daily life and natural environment. This book dives into the heart of how to design a novel distributed robot control and interaction architecture for achieving autonomous decision making and task execution in dynamic, human-in-the-loop environments. Over the past decades, a variety of architectures have been proposed for generating and controlling intelligent behavior of robots within a single robot platform mostly under centralized control. Responding to the growing need for large-scale service robotics applications under varying environmental conditions, new paradigms for the coordination and control of robots have been required in recent years. This book will examine several possible paradigms and explore their distinguishing features that enable robots to create emergent cooperative behavior in a fully or human-assisted semi-autonomous way. Those paradigms are investigated and analyzed on the theoretical grounds and experimental confirmation under real world conditions. As standalone autonomy is still more of a far-reaching goal, we shift our focus of attention toward networked autonomy. Provided that the compatibility and interoperability of network elements are guaranteed, networked autonomy could be considered to be more efficient and scalable at implementing various sophisticated robot applications than standalone autonomy. It will also exhibit high potential for future scientific breakthrough related to inter-robot and human-robot interaction and cooperation

This book focuses primarily on latest techniques that proved successful for the control of robots in the current and near future networked environments, as well as try to bring to light difficulties that traditional standalone control approaches have faced due to lack of information available through the network. It has recently been demonstrated that a pervasive network environment can be used to give robots the ability to integrate information from diverse data sources both within and outside their own platforms into a single coherent framework. An integrated information infrastructure can then be built and shared by robots cooperating with each other and/or with humans. Specifically, the contributors discuss the principles and techniques that enable distributed, yet structured information to control the behavior of robots in the real world in more efficient and systematic ways. A notable example of network-based smart infrastructures includes cyber-physical systems that integrate the system’s computational and physical resources. Along these lines, this book will show some of the most recent and breathtaking examples of inter-robot and human-robot networks operating in real environments. I believe that those examples will help readers understand and examine how and why various forms of cooperative interactions emerge and flourish in the robot-robot and robot-human environment.

Specifically, when robots are expected to exhibit some form of intelligence, they must be provided with information with regard to the state of the world, either at a local or global level, from which they make the best possible decisions about executions. The traditional approach integrates a priori information presumed by users or programmers, as well as acquired information through onboard sensing, to aid the robot’s decision making process. It overburdens processing power, as entities in the world increase in complexity and require a vast amount of storage of data. Ubiquitous computing technologies provide a more convenient and efficient environment that facilitates the reshaping of the current monolithic architecture of behavior control. If the world becomes structurized in the sense of information management by tagging with appropriate information, robots will be effortlessly connected to the intrinsic features of the world. Moreover, if robots are aware of all the changing states of the world, then they will be able to exhibit an autonomous intelligence. The technical challenge is 1) how to build a network infrastructure that will let robots share information about the world in which they exist, 2) how to develop flexible control architectures and networking technologies for coordinating the actions of large numbers of distributed sensors and devices interacting with the world, 3) how to attain control over all the states of the entities in the world, and 4) how to automate the process of controlling behavior of robots in the world pre-populated with various types of information. The features of the coordinated control and information architectures proposed in this book will push robots toward achieving greater autonomy and decision that enable them to configure and adapt their behavior on demand in accordance with the directions of information management embedded in the surrounding environment. Those proposed architectures can be readily adopted in dynamically varying environments, helping ease the cost and complexity of real-time planning and execution of robot missions. Furthermore, robots can respond more effectively to hidden or explicit intentions of human interaction. Practical strategies for implementation build upon such emerging areas as ubiquitous computing, ambient intelligence, smart environments, distributed systems, wireless sensor networks, ontology, cloud computing, and so on.

This book will be of interest to the academic and industry professionals from the field of network control architecture, distributed multi-agent systems, artificial intelligence, behavior generation and control, robot-robot and human-robot interactions, and network applications design, whose attention is devoted specifically to the integration of heterogeneous information systems.

However, the author confirms that this eBook has no acknowledgment and conflict of interest.