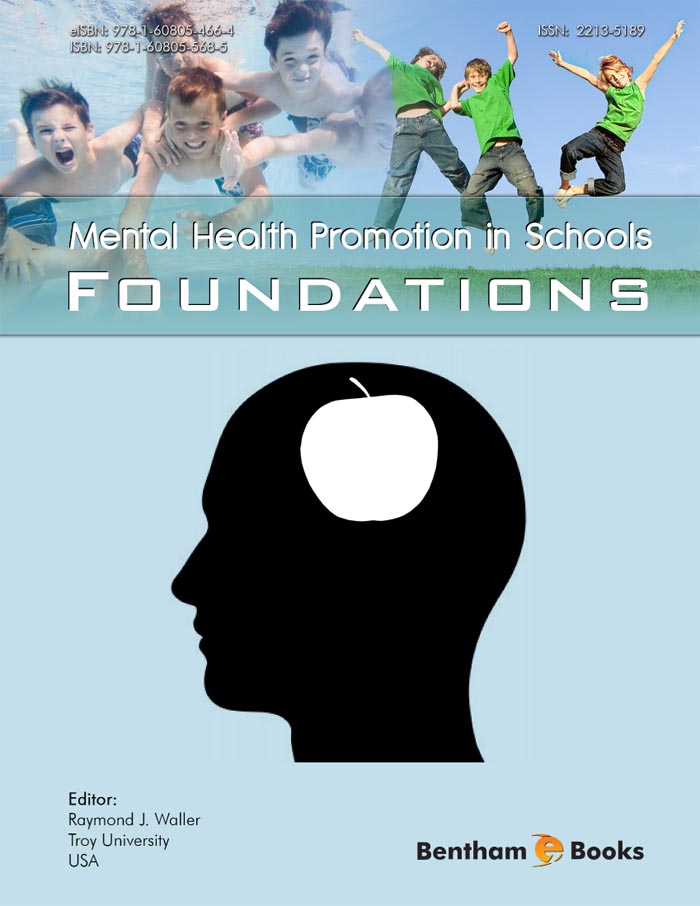 Behavior problems are approaching epidemic levels in many schools and mental health issues in school-aged children is an international concern. Similarly, parents, caregivers, and other concerned adults report behavioral disturbances in homes and in other settings despite the ongoing effort to ease access to mental health services.

Student mental health has also been demonstrated to have a direct impact on student behavior and performance. This book discusses methods by which educators can promote student mental health, similar to the ways in which schools already promote physical health.

Promoting student mental health may mean doing things differently than are currently being done, but does not involve doing more than what is already is being done. Professional educators, counselors and readers interested in public mental health matters will greatly benefit from this book.

I became involved in school mental health in 1991, right out of graduate school and my pre-doctoral internship, with no prior background of working in schools. My job was of an assistant professor in the Department of Psychiatry at the University of Maryland, School of Medicine, and my assignment was to provide mental health services at a large inner-city high school in Baltimore serving over 2000 students. Initially, I was overwhelmed by the assignment and honestly spent some time being fairly confused on how to proceed. However, I immersed myself in the work, and soon began to really like it. I also worked with some university-based community mental health centers (CMHCs), and began to notice stark differences between my work in them and my work in the schools. With colleagues we came to a pretty straightforward, three point realization:

This realization, and increasing strong collaborative relations with a great group of colleagues from multiple universities and youth serving systems in Baltimore and the state of Maryland, helped our team to develop the expanded school mental health (SMH) framework, involving a shared agenda (see Andis et al., 2002) of schools, families, and community systems working together to develop and implement a full continuum of effective mental health promotion and intervention for youth in general and special education (see Weist, 1997; Weist, Evans, & Lever, 2003). In the early 1990s we explored dimensions of effective expanded SMH in Baltimore, with an overriding emphasis on quality. By asking youth and families, school, community, and government leaders what they wanted in quality SMH, clear themes emerged of moving toward proactive, preventive and more flexible mental health care, delivered by committed and caring professionals who would eliminate bureaucratic barriers and work to rapidly provide help to youth in need (Flaherty & Weist, 1999).

Immersion in this work led to an important opportunity to apply and receive funding for one of two national centers for mental health in schools in 1995, with initial funding from the Maternal and Child Health Bureau, which has continued through 2010 to support the work of the University of Maryland, Center for School Mental Health (CSMH; see http://csmh.umaryland.edu; www.schoolmentalhealth.org). It has been a great privilege for me to participate in the progressive development of the SMH field, and the CSMH, which has responded to thousands of technical assistance requests, held 15 national conferences on Advancing SMH, held 8 regional conferences on integrated school health and mental health services (the School Health Interdisciplinary Program), developed and widely disseminated over 150 documents and publications, and contributed to significant collaboration at local, state, national, and international levels (see the National Community on Collaborative School Behavioral Health, www.sharedwork.org; the International Alliance for Child and Adolescent Mental Health and Schools, www.intercamhs.org; the international journal, Advances in School Mental Health Promotion, www.schoolmentalhealth.co.uk).

Mental health programs and services in school have been around for a long time (see Sarason, 1996), but the norm has been for specific disciplines operating in schools, often without a lot of interaction, and often with constraints on their positions. Citing two examples, in spite of the fact that many have training as mental health professionals, school psychologists and counselors are often constrained into roles emphasizing evaluation and academic advisement (respectively), training and support for these staff members are often limited, and ratios of these staff members to students are far below those recommended by professional associations (see Flaherty et al., 1998; DuPaul, 2007; Weist et al., 2007). In contrast, the SMH field emerging and gaining strength in the last two decades emphasizes on an interdisciplinary and inter-systems (e.g., education, mental health, child welfare, juvenile services) approach that is actively guided by youth and families, and other key stakeholders such as teachers and community leaders (see Lever et al., 2003). While the research literature is still developing, advantages for SMH are being documented, including improving access to care (Burns et al., 1995; Catron, Harris, & Weiss, 1998; Rones & Hoagwood, 2000), enhancing preventive services (Elias, Gager, & Leon, 1997; Weare, 2000), increasing early problem identification (Weist, Myers, Hastings, Ghuman, & Han, 1999), decreasing stigma (Atkins, Adil, Jackson, McKay, & Bell, 2001; Nabors & Reynolds, 2000), and increasing generalization of intervention impacts across settings (Evans, Langberg, & Williams, 2003).

The federal government in the United States is providing significant support to the SMH field (see Anglin, 2003) through major policy reports, including Surgeon General’s reports on transforming mental health and children’s mental health services (U.S. Department of Health and Human Services, 1999; U.S. Public Health Service, 2000) and the Achieving the Promise Report (President’s New Freedom Commission, 2003), which emphasized SMH services as one of 19 prioritized recommendations (recommendation 4.2). There are also many federal grants supporting SMH, including those focused on Systems of Care (led by the Substance Abuse and Mental Health Services Administration [SAMHSA]), Safe Schools/Healthy Students (led by the U.S. Department of Education [DOE] and SAMHSA), Mental Health Integration into the Schools (led by DOE), Capacity Building for SMH (led by the Centers for Disease Control and Prevention), and strong support for SMH research from the National Institute of Mental Health, and the Institute for Education Sciences.

Indeed, in the U.S., school mental health programs and services are showing progressive growth, even in these economically challenging times. However, in spite of this progress, there is much to be done, in building the research base; and increasing implementation support for high quality, evidence-based practices (see Evans & Weist, 2004; Fixsen et al., 2005; Weist et al., 2009); broadening training opportunities at pre-service and in-service levels, especially effective interdisciplinary training that embraces principles of adult learning (Mellin, 2009); building policy support for SMH (Weist et al., 2007); and increasing connections among training, practice, research and policy realms (Paternite, Weist, Burke, & Flaspohler, 2008). There is also a critical social marketing agenda to pursue increasing public awareness and involvement in the SMH agenda, supporting work that promotes students’ wellness, reduces academic and non-academic barriers to their learning, and increases the likelihood of academic and subsequent career success.

To promote progress in all of the above there is a need to broaden the knowledge base in the field and to promote collaboration among the diverse stakeholders who have a vested interest in improving and expanding SMH (see President’s New Freedom Commission, 2003). To that end, I am very pleased to provide the introduction of this book published by Bentham Science, and edited by leader in the field, Raymond J. Waller. This book, the first in a series and focused on Foundations, will be an important resource in the compelling school mental health field.