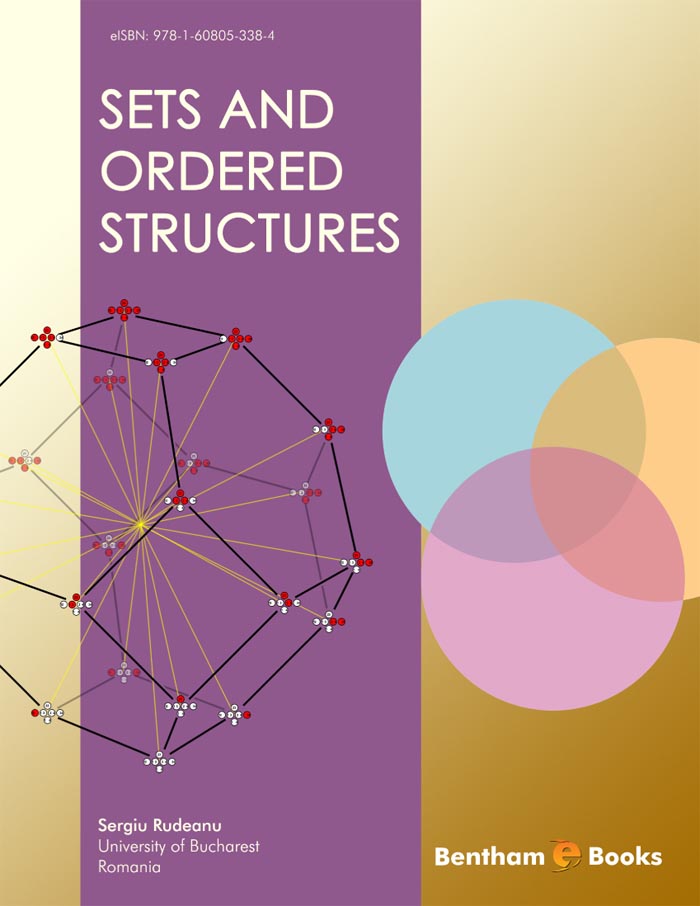 This e-book presents several basic methods and results of order theory that are currently used in various branches of mathematics. It presents topics that require a broad explanation in a concise and attractive way. Readers will easily identify problems/techniques/solutions without the frustration of long searches through previous notations, definitions and results. It begins with a sketch of axiomatic set theory and of the theory of categories. The fundamentals of the order relation are presented, including several properties equivalent to the axiom of choice, and culminating with well-ordered sets and transfinite numbers. This e-book also explains: (1) The complete existential theory of the various distinguished elements which a partially ordered set may possess, (2) The proof of the equivalence with the axiom of choice of 14 frequently used properties,(3) The fact that certain properties of ordinals are revealed as being just properties of well-ordered sets, and (4) The presentation of ordinals and cardinals both in axiomatic setting and following von Neumann’s construction. Proofs are given in detail along with numerous examples and exercises illustrating the theory and demonstrating applications. Several classes of lattices, closure operators and Galois connections include tools which serve as prerequisites to universal algebra. Other topics include embeddings and topological duality for distributive lattices. The e-book serves both as a textbook for undergraduate and graduate students and as a reference book for mathematicians working in fields different from set theory or algebra, to whom it provides a quick access to basic facts from order theory.

Professor Sergiu Rudeanu, the author of this eBook, is a well-known research mathematician, working in the foundations of mathematics and mathematical logic.

In the 1960s he pioneered with P. L. Iănescu (Hammer) the use of Boolean methods in operational research (their book Boolean Methods in Operations Research and Related Areas, Springer, Berlin, 1968 was published in French by Dunod, Paris in 1970; it is still cited after more than 40 years since publication). His many papers in Boolean algebras, their generalisations and applications— undoubtedly, Professor Rudeanu’s main area of research—are complemented by some important books, including S. Rudeanu, Boolean Functions and Equations, North-Holland and Elsevier, Amsterdam, New York, 1974, V. Boicescu, A. Filipoiu, G. Georgescu, S. Rudeanu, Lukasiewicz-Moisil Algebras, North-Holland, Amsterdam, 1991, S. Rudeanu, Lattice Functions and Equations, Springer- Verlag, London, 2001, and R. Padmanabhan, S. Rudeanu, Axioms for Lattices and Boolean Algebras, World Scientific, NJ, 2008.

Professor Rudeanu is also a highly appreciated lecturer who taught many generations of undergraduate and graduate students at the University of Bucharest. His lectures are crystal clear, well-organised and rigorous, but not intimidating; many of them have been collected in textbooks published, in Romanian, by the University of Bucharest Publishing Company. My wife Elena and myself fondly remember his lectures from decades ago: they influenced our careers in no single way.

The eBook Sets and Ordered Structures presents, in Rudeanu’s classical style, basic methods and results of the theory of ordered sets as tools for various branches of mathematics. The important notions and concepts are first presented in a gentle, informal manner; then, more abstract or axiomatic versions follow. The author is enthusiastic about his subject and his passion is well transmitted to the reader.

The eBook’s itinerary starts with elements of naive set theory followed by a sketch of axiomatic set theory and categories; they fix the “mathematical language” for the remainder of the eBook. The next chapter presents partially and totally ordered sets, including a discussion of the axiom of choice and wellordered sets. The next chapter deals with transfinite algebras, cardinal and ordinal numbers; the more abstract part presents von Neumann’s construction of ordinals. The chapter on lattice theory includes modular, distributive, Boolean and complete lattices, as well as closure operators and Galois connections; these tools will be used in the study of universal algebras. The next chapter discusses meet and join representations in a lattice, and then use them for set-theoretical embeddings and the topological duality for distributive lattices. The last chapter presents a few applications in algebra, topology, universal algebra, formal concept analysis, and mathematical logic.

This eBook is an essential companion for mathematicians—students or professionals alike—computer scientists, and information-engineers. Its right place is on the iPad of the reader, who can read, browse, or annotate it. I hope that the reader will enjoy this eBook as much as I do.