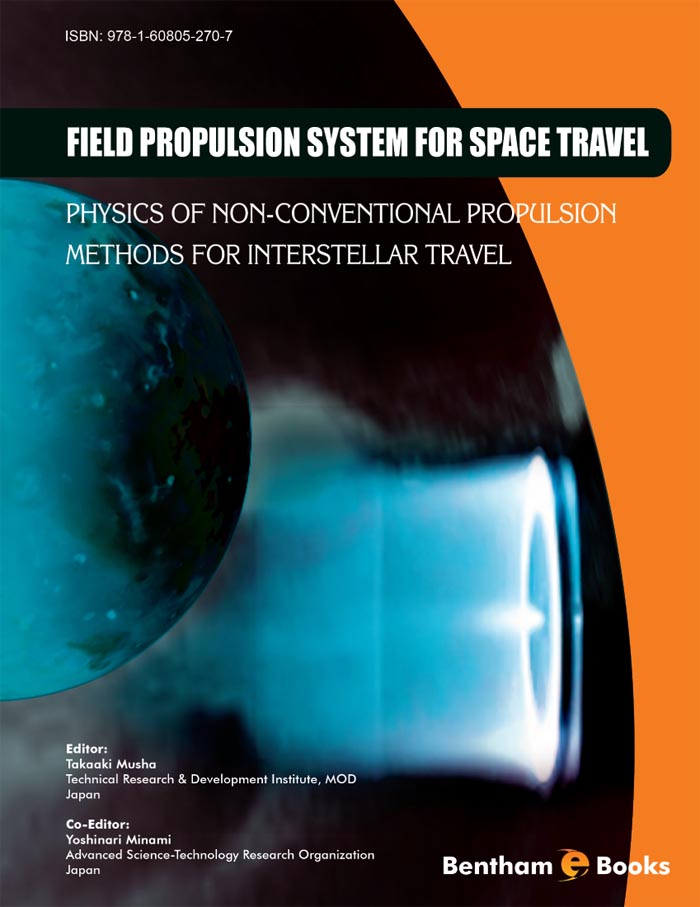 This e-book presents an overview of field propulsion systems for the use of space travel and interstellar travel. Such systems include warp drive, space drive and gravity-control schemes, and are propelled receiving the propulsive force derived from an interaction of the spacecraft with external fields. Spacecraft is propelled against space-time structure. This cannot be achieved by the conventional methods like chemical propulsion and electric propulsion. The e-book should be a valuable source of information for researchers interested in spaceflight and propulsion physics.

The new propulsion physics for such means may or may not be discovered in the future. The space propulsion science behind such notions as warp drive and gravity-control is examined to show the connections between the known, the anomalies, and the visions; the physical range from means using the presently accepted physical paradigm to other more speculative means using "frontier physics". However, if new propulsion physics is discovered, a new class of technologies would result, revolutionizing spaceflight and enabling humanity to reach other habitable planets.

As is well known at present, it is impossible by utilizing existing technologies to reach the outer rim of the solar system. For the purpose to explore concepts that could someday enable interstellar travel, a radically advanced space propulsion concept as field propulsion that rely on physics outside the present paradigms must emerge in the near future. All such schemes are based on momentum derived from an interaction of the spaceship with external fields in order to satisfy conservation of momentum.

Throughout this book, we have discussed an overview of field propulsion system for the purpose of manned space flight such as interplanetary travel and interstellar travel, which cannot be achieved by the conventional chemical propulsion system.

In the future, mankind will reach for another solar system by utilizing field propulsion system which will be realized someday.

Although many kinds of field propulsion theories are introduced in this book, it should be appreciated, that the theories have not been yet to verify as correct; therefore they are only ideas. However, seeds in great variety are sowed for the future.

We wish this book will present good advice for the researchers and students to make further researches on the field propulsion system.

We sincerely wish to thank cooperators, who are good friends as well as colleagues, for all the hard work they put into this book.