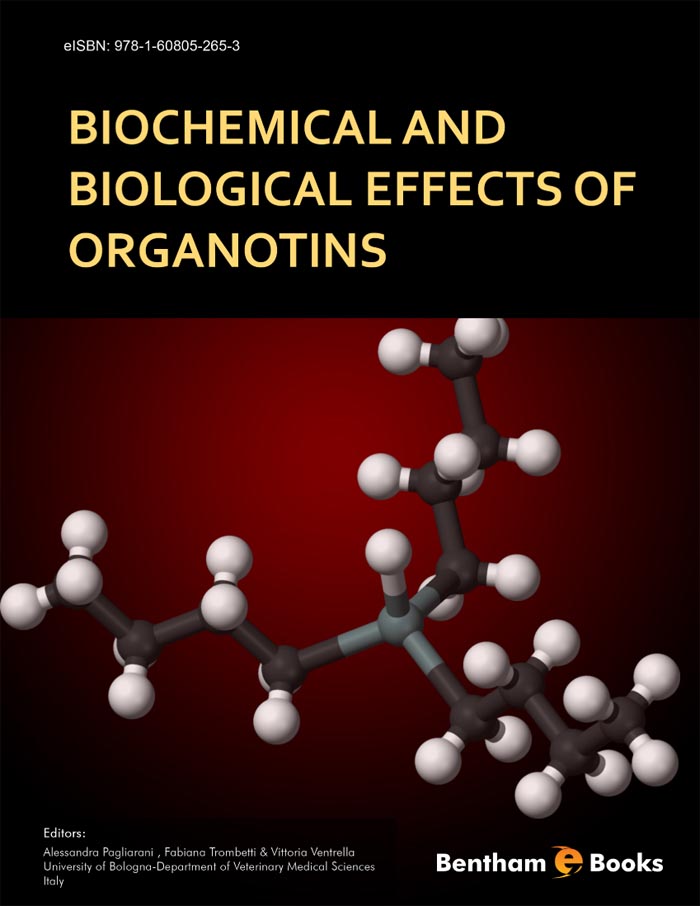 Biochemical and Biological Effects of Organotins

Organotins are widespread contaminants especially of water environments. Their chemically versatile structure makes organotin compounds able to bind to a variety of biomolecules thus widely affecting biological functions. Trisubstituted molecules, namely tributyltin (TBT) and triphenyltin (TPhT), have been widely employed in antifouling paints and are also exploited as plastic stabilizers that unfortunately cause harmful biological effects. Persistent bioaccumulation has resulted in organotins becoming a significant environmental threat. Chapter by chapter, the biological and biochemical effects of organotins are unravelled in this e-book by a careful analysis of the most recent findings with special focus on contaminant action mechanisms at cellular and molecular level. The e-book provides an intriguing insight into the molecular mechanisms involved in organotin toxicology thus serving as a useful reference to biochemists, biologists, ecotoxicologists and life science students.

From the synthesis of the first organotin, in mid nineteenth century, and the amazing discovery of a wide spectrum of exploitations and industrial uses of these man-made chemicals in the subsequent century, the dark side of organotins increasingly came out in the second half of the twentieth century. Organotins now represent a matter of environmental concerns, for the toxic effects displayed on a wide spectrum of organisms, from bacteria to humans, and for the global contamination, especially of water basins which act as reservoirs. Unfortunately, but realistically, contamination and worries are fated to persist, due to the environmental persistency and high bioaccumulation potential of these pollutants. In spite of the wealth of studies, the intimate mechanisms of the toxic action of organotin compounds are not entirely established and our knowledge needs to be continuously reviewed and updated. This e-book aims at gathering the emerging data on organotin effects on animals, with special focus on their biochemical interactions with biomolecules, on which toxicity mechanisms are often founded. Chapter by chapter, the biological and biochemical effects of organotins are unravelled by a careful analysis of the most recent findings, paying special attention to the contaminant action mechanisms at cellular and molecular level.

In the first chapter, the legislation on organotin-based antifouling paints and organotin contamination levels of aquatic environments are carefully reviewed. Special attention is paid to the most known toxic effect, namely imposex, which is a irreversible superimposition of male-type genitalia in female gastropod mollusks. Imposex mirrors environmental concentrations of the most toxic organotins.

The structural and chemical properties of toxic organotin compounds are carefully examined in Chapter 2, with special focus on their biological and pharmacological activities.

In Chapter 3 the recent discovery of direct high affinity interactions between trialkyltins and the family of nuclear hormone receptors which function as ligand dependent transcription factors for lipophilic endocrine hormones in vertebrates and invertebrates is presented.

Studies on the interactions of organotins with model and natural biological membranes are reported in Chapter 4.

The ability of organotins to act as endocrine-disrupting chemicals is considered in Chapter 5, focusing on TBT- induced imposex in neogastropods.

Chapter 6 embraces the most recent knowledge on the molecular and biochemical mechanisms involved in lipid homeostasis disruption within several metazoan phyla, from mollusks to amphibians, teleosts and mammals.

In Chapter 7 the organotin-driven genotoxicity and immunotoxicity, which among toxic effects are the most important in affecting survival, are reviewed in mammals, fish and aquatic invertebrates.

Effects on mitochondria, one of the main targets of organotins are considered in Chapter 8. The impairment of mitochondrial functions and the consequent ATP synthesis depletion may play a crucial role as molecular basis of several toxic effects of organotins.

Chapter 9 reviews the impact of organotin exposure on fresh- and seawater organisms of various phyla by examining the histophathological, physiological and molecular interactions of organotin compounds with relevant enzymes, membranes, the endocrine system, and the consequential ramifications for individuals, populations and community structure in aquatic ecosystems.

Recent research on the mechanisms of organotin-induced apoptosis is reviewed in Chapter 10. The modulation of apoptosis, involved in ontogenesis, development and cell turnover, is a critical step of cellular toxicity.

Once overviewed the broad susceptibility to organotins in literature data, Chapter 12 underlines the astonishing analogies of the toxic action of these chemicals in animal kingdom on one hand and on the other, the variegated toxicity displayed in different cells, tissues and species.

The long work to combine different competences as well as the complementary approach to intersecting topics mirror different standpoints and skills and provide an updated knowledge on organotin toxicity mechanisms, other than a significant contribution to detect the directions in which current research on organotins is moving. We want to dedicate this e-book in the memory of our unforgotten biochemist Prof. Romano Viviani, who taught us that biochemistry can be a helpful tool to understand biological phoenomena. Preparing this e-book was a sort of collective adventure which gave us the opportunity to increase our reciprocal knowledge. We are most grateful to all contributors for their competent efforts and patience in the editing process. We would like to thank Prof Giorgio Lenaz for writing the foreword, and, last but not least, Bentham Science Publishers, particularly the Assistant Manager Asma Ahmed, for the continuous assistance and support.