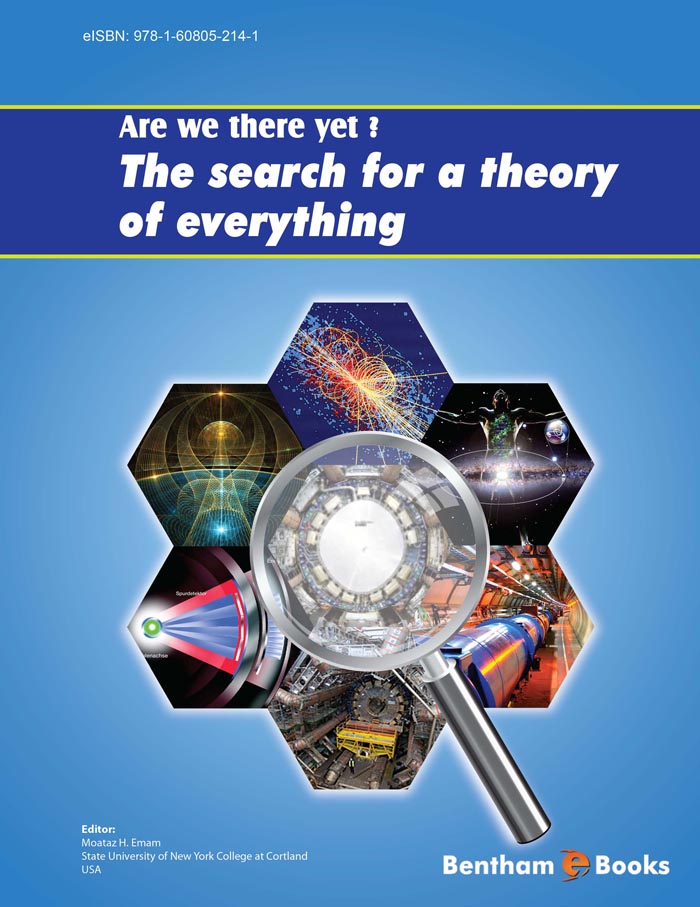 Are We There Yet? The Search for a Theory of Everything

We live in exciting times. The frontiers of physics have been pushed to unprecedented horizons. The Holy Grail of fundamental physics research today is to find and describe a theory that explains, at least in principle, all physical phenomena, which in turns explains chemistry, biology and other material sciences. This, however, is not without controversy. Currently, the most popular candidate for such a theory is known as string or superstring theory. It suffers from the problem of being a purely mathematical science with no experimental backing, and belief in it has been criticized as bordering on “faith” as opposed to scientific scrutiny. On the other hand the recent switching-on of our most advanced experimental tool, the Large Hadron Collider in Switzerland, gives new hope in our search for clues as to what the universe is made of on a fundamental level. What happened exactly on, or even before, the Big Bang? Where are we coming from and where are we going? Questions that have never been addressed before by physicists. The game is afoot and the search is on. This book contains articles by leading physicists describing the current situation. Among them are proponents as well as opponents of string theory, and proponents of other ideas such as Loop quantum gravity, commutative geometry, and others.

When I was asked by Bentham Science Publishers to propose an idea for an e-book on current issues in physics I thought it was a no-brainer. For several decades the ambition of unifying all of physics under one fundamental set of rules that “fit on one side of a T-shirt” (as some physicists are fond of saying) has been an increasingly nagging objective of basic research. Many ideas were proposed, and this book explores some of the most recent of them, but there has never been a more exciting time in the history of this search: Our most complex experimental tool yet; the $10 billion “Large Hadron Collider”, in Geneva Switzerland, has been turned on and has already had some results published. Who knows what wonderful things it will produce over the next few years and in what directions of research will it guide us. It is then the perfect time to slow down, take a deep breath, and ask ourselves “Are we there yet?” This is what this book is about.

The book is (roughly) structured following the theme:

The articles, however, are self-contained, hence the readers may choose to read them in any order they feel comfortable with. Inevitably, there is some overlap in the material as different authors briefly review the same concepts. This is done, however, using different styles and approaches and is not repetitious. In most of these articles, the authors present their own views on what the future will be like and what possible new tools physicists may need. The following are brief biographical notes about the contributors, in order of appearance:

I would like to thank all of the authors for pouring their minds and souls into these articles; sharing with the reader their views on this most exciting of times. Particular thanks and gratitude are due to Professor John Donoghue for writing the foreword. Such a contribution from a scientist of his caliber is an honor and a privilege. Many thanks are due to Dr. Tasneem Husain for agreeing to act as editor to my own contribution and providing valuable feedback. I am also very indebted to my friend Dr. Mohamed Anber for going through the manuscript in detail and proposing essential corrections. Last, but by no means least, I would like to take the liberty in representing all authors in deep thanks to all of our unsung heroes, those who are always the backbone of any effort: family members, spouses, children, mentors, friends and all significant others.

Manal and the rest of the M5: this is for you …