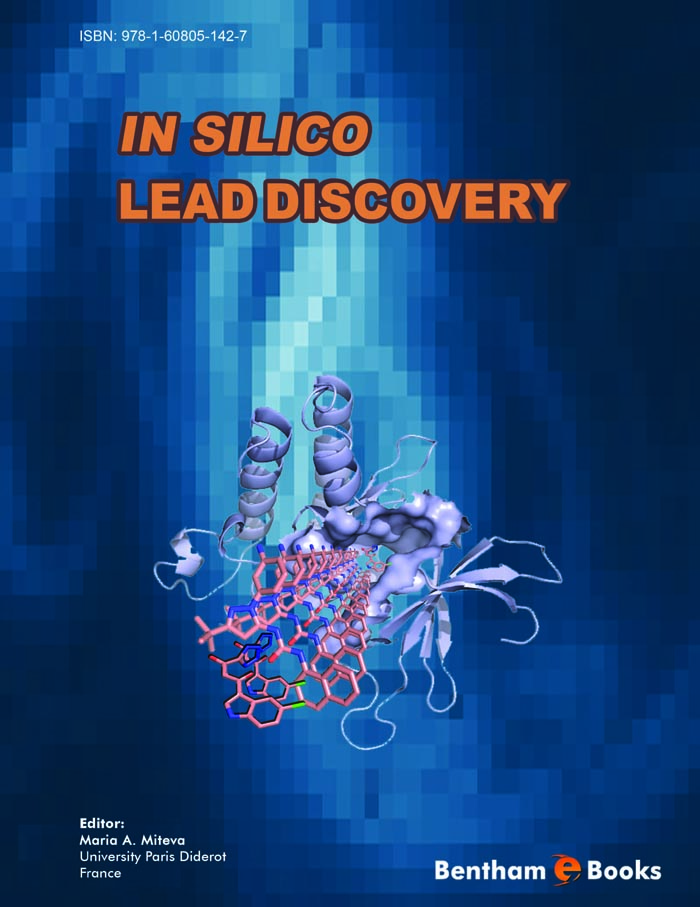 Computer-aided drug design and in silico screening have contributed to the discovery of several compounds that have either reached the market or entered clinical trials. In silico Lead Discovery is a compilation of the efforts of several experts on bioinformatics and drug design in developing the latest advances of in silico approaches for lead discovery. It contains an overview of structure-based, ligand-based methods and current fragment-based methods as well as examples for successful applications of such methods in discovering new hit/lead molecules for important therapeutic targets. Treatment of receptor flexibility - which is one of the most important challenges for in silico screening today – has also been highlighted in the eBook. Biomedical scientists, biologists and chemists can find valuable information here that could help them to initiate or to complete chemical biology projects with the goal of designing new hit-to-lead molecules or chemical probes for chemogenomics projects.

The development of quantitative mathematical models of real phenomena which are consequently evolved on computational devices has become a common practice in science and engineering in the last 50 years. The major advantage of such simulation technologies is the possibility to process large amounts of data in relatively short times and thus to accelerate the discovery rate and to improve the quality of innovation. The application of such technologies in the pharmaceutical industry holds the promise to remediate to the continuously decreasing number of new chemical entities approved by the regulatory authorities in the last decade.

The present book, edited by a leading scientist in the field of computational molecular science, Dr. Maria Miteva from INSERM, France, compiles several state-of-the art reviews of the major techniques of early stage in silico lead discovery as they are currently applied in life science industries. Chapter 1 entitled “Chemical libraries for virtual screening” shows to the reader that the drug-likeness of the constituents of virtual chemical libraries is a property which determines the hit rate of virtual screening experiments as well as the potential of the identified leads to reach late stages of development. In an effort to make a bridge between chemistry and biology, the editor invited contributions which review both bioinformatic and cheminformatic structure-based and ligand-based computational methodologies. Chapter 2 is highlighting the role of molecular docking in “Structure-based virtual screening”, while Chapter 3 describes “3D similarity search for lead compound identification” as the principal technique applied in ligand-based approaches to in silico lead discovery. Chapter 4 brings an account of how the emerging “Fragment-based methods for lead discovery” improved significantly the performance of ligand-based approaches. Further on Chapter 5 and Chapter 6 review two major challenges of structure-based approaches. The first consists in “Analyzing and predicting of protein binding pockets” as these remain unknown for a number of newly solved protein structures, while the second is related to the “Receptor flexibility in ligand docking and virtual screening” caused by atomic thermal fluctuations. Chapter 7 and Chapter 8 describe, respectively, the specific challenges of “Protein-Protein Interaction Inhibition (2P2I)” and of “Application of in silico methods to study ABC transporters involved in multidrug resistance” and in the uptake and excretion of drugs.

I would like to finally cite Chapter 9 dedicated to the “Successful applications of in silico approaches for lead/drug discovery”. The Chapter documents the impact of computational molecular science technologies on the research and development workflow, with real illustrative examples taken from the pharmaceutical industry. Chapter 10 reminds to the reader how computerized molecular graphics and visualization techniques brought to computational molecular science an unprecedented impact by allowing for direct “Visualisation and efficient communication in structure-based lead discovery”. These two last Chapters allow me to conclude that computational molecular science has now come of age. When deployed knowledgably the related technologies are capable to generate visual and intelligent scientific hypotheses about the molecular mechanisms of action of drug molecules. These models were proven to accelerate the rate of discovery, to lower attrition, to shorten the time-to-market cycle and ultimately to reduce the costs of research and development.

The documented successes of computational molecular science are however episodic and therefore in the future all our efforts should be directed towards the development of standard reproducible protocols. I believe that with the richness of the material exposed in the book, the reader will find the necessary knowledge and inspiration to bring computational molecular science to the next frontier and to transform it from an esoteric science into a reliable discovery tool at the service of every chemist and biologist.