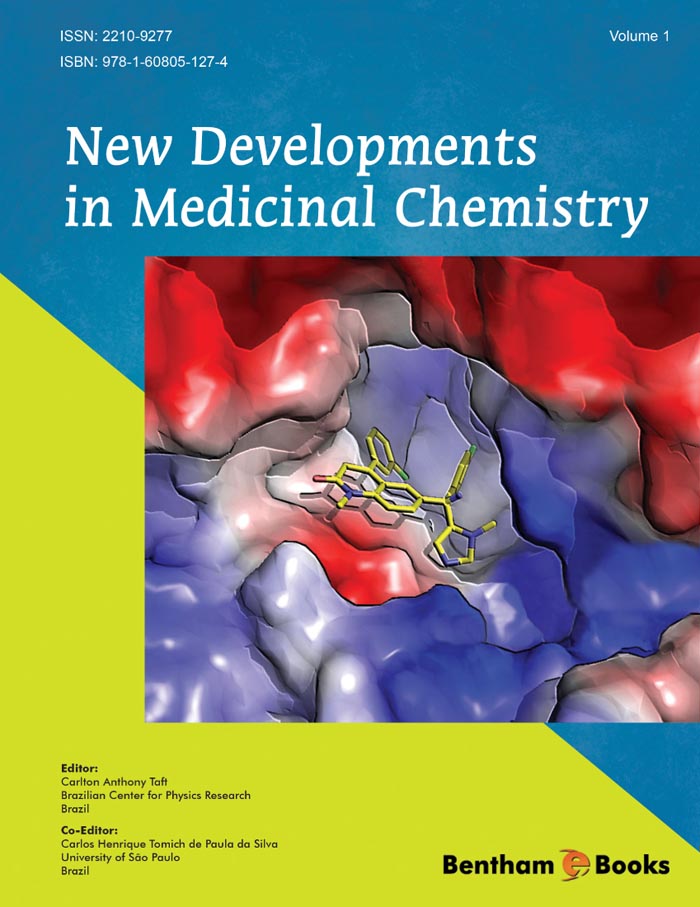 This book is recommended for readers who are interested in or work with current theoretical and experimental research in medicinal chemistry, with an emphasis on computer aided-drug design and organic synthesis for therapeutic purposes. This book encompasses the multidisciplinary field of medicinal chemistry which overlaps the knowledge of chemistry, physics, biochemistry, biology and pharmacology.

Quantum mechanics (QM) plays an important role in computational medicinal chemistry. In this book the current state-of-the-art for QM-based methods are discussed including density functional methods, bioisosterism and quantum chemical topology, free energy simulations, solvation thermodynamics, docking and scoring, weak interactions as well as selected applications to cancer, AIDS, Alzheimer’s disease, Parkinson’s disease and other diseases. QM-based methods are important in ligand-protein binding which is the essence of drug discovery and design. They can be also very useful for determining electronic descriptors which are necessary in bioisosterism, QSAR and other approaches.

Computational medicinal chemistry can predict energies, geometries and diverse physicochemical properties essential for novel drug discovery and optimization. Interactions between a ligand and a molecular target structure can be investigated using molecular interaction fields (MIFs). It is possible to identify regions where specific chemical groups of a ligand molecule can interact favorably with another target molecule, suggesting pharmacophore models or virtual receptor sites. The authors discuss the extensive use of molecular interaction fields in drug discovery including 3D-QSAR, virtual screening, and ADMET prediction.

QSAR has been applied to research and development of pharmaceutical chemistry for more than 40 years, maintaining the predictive ability of the approach as well as its receptiveness to mechanistic or diagnostic interpretations. The authors present and discuss the basis of the QSAR approach in a clear and intuitive way. Toxicology predictions in Medicinal chemistry is also discussed.

In medicinal chemistry, drug chirality is an important theme for design and development of new drugs. The authors bring forth a new understanding of the role of molecular recognition in pharmacologically relevant events. Three methods used for the production of a chiral drug are discussed, i.e the chiral pool, separation of racemates, and asymmetric synthesis. Although the use of chiral drugs predates modern medicine, only since the 1980's has there been a significant increase in the development of chiral drugs.

Since the choice of appropriate synthetic approaches are crucial for the efficiency of the drug discovery process, with the introduction of microwave-assisted organic synthesis in 1986, the efficiency of microwave flash-heating chemistry in dramatically reducing reaction times has recently fascinated many pharmaceutical companies, which are incorporating microwave chemistry into their drug development efforts. In this book, the authors extensively explore details of the high-speed medicinal chemistry using focused microwaves.

One of the classes of compounds with great interest in Medicinal Chemistry, which has been largely investigated and synthesized, is the carbohydrates family. The large number of these compounds in nature and their diverse roles in biological systems validate the increasing interest for their chemical and biological research. Blood groups determinants (ABH), tumor associated antigens and pathogen binding sites are some of the relevant glycoconjugates found in mammalian cells. The demand for glycans and glycoconjugates for various studies of targets involved in several serious diseases have been continuously growing. The authors discuss the importance of drug design based on carbohydrate structure for the treatment of parasitic diseases (T. cruzi) and virus infections (influenza and HIV), as well as the development of glycoconjugate antitumour vaccines related to the structure of human mucin-associated glycans.

The book also includes an important review and discussion about one of the most promissing targets in the study of Alzheimer´s disease (AD), the Glycogen Synthase Kinase-3β (GSK-3β), as well as the inhibitors that are being developed. This enzyme has been associated with the primary abnormalities found in AD, including hyperphosphorylation of the microtubule-associated protein tau, which contributes to the formation of neurofibrillary tangles, a second trademark of the disease, and its interactions with other Alzheimer's disease-associated proteins.

This book thus attempts to convey a few selected topics stimulating the fascination of working in all the multidisciplinary areas, which overlaps knowledge of chemistry, physics, biochemistry, biology and pharmacology, describing some of theoretical and experimental methods in medicinal chemistry. It is interesting to consider the information described in this book as the starting point to access available and diverse knowledge in this exciting medicinal chemistry field.