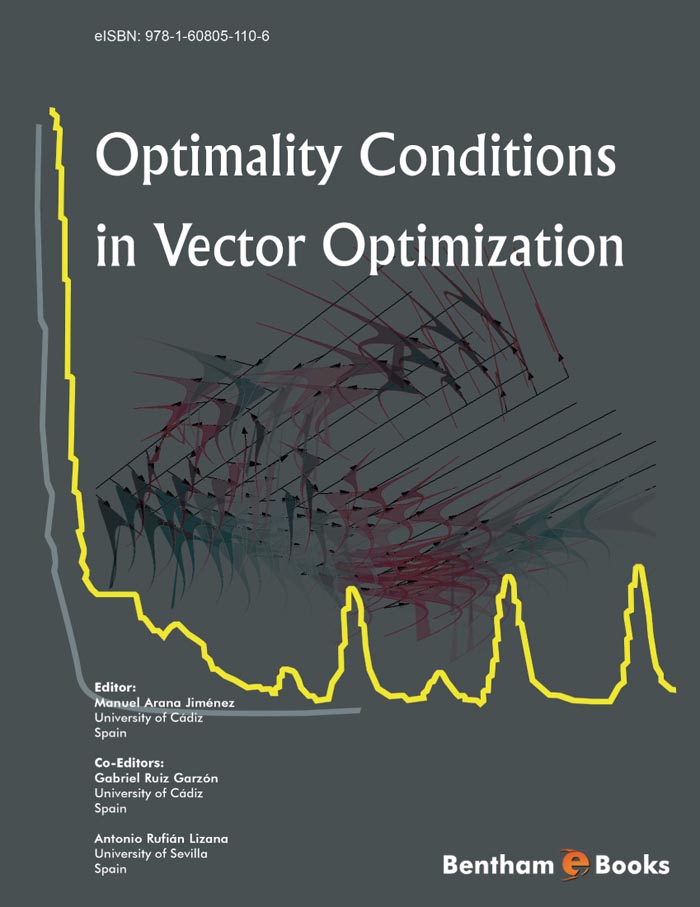 Vector optimization is continuously needed in several science fields, particularly in economy, business, engineering, physics and mathematics. The evolution of these fields depends, in part, on the improvements in vector optimization in mathematical programming. The aim of this Ebook is to present the latest developments in vector optimization. The contributions have been written by some of the most eminent researchers in this field of mathematical programming. The Ebook is considered essential for researchers and students in this field.

Fuelled by the wealth of applications and by the beauty of the scientific building, optimization has a very long tradition of developments that currently translate into a complex and a very sophisticated body of results. Progress beyond the state-of-the-art requires high quality contributions. This is precisely what this book achieves in the specific area of vector-valued optimization. Here, nonsmoothness, various types of generalized convexity, higher order conditions, duality, non-degeneracy, infinite dimensionality of underlying spaces, and nonlinearity are compounded with the elaborated solution concepts considered in the area of optimization of vector-valued objective functions.

Let us be more specific.

While in chapter one, it is shown that invexity and pseudo-invexity are appropriate properties for vector-valued functions in that every vector critical point is an efficient or a weakly efficient solution of a Multi-objective Programming Problem, thus generalizing analogue results for scalar case, in chapter three, generalized convexity and variational-like inequalities are used to derive the existence of weakly efficient solutions for some nonsmooth and nonconvex vector optimization problems defined on infinite and finite-dimensional Banach spaces.

In chapter five, a concept of proper efficiency is presented to develop the optimality conditions and duality results for differentiable non-convex multi-objective programming problems. A relaxation of the proper efficiency assumption enabled the extension of known results to a wider class of nonconvex vector optimization problems. A combination of duality results and necessary and sufficient optimality conditions, now of the Kuhn-Tucker type are obtained in chapter six for non-smooth constrained optimization problems involving generalized type-I functions on the objective and constraint functions involved in the problem.

A constraint qualification condition weaker than those currently available in the literature is derived in chapter two via a unifying approach based on a separation theorem in the vector optimization context.

Different forms of weak, strong and converse duality theorems are obtained in chapter seven for the Wolfe and Mond-Weir dual problems associated with the vector optimization problem with constraints whose data satisfies assumptions of invexity, strictly invexity or quasi-invexity. Duality results are also derived in chapter eight for pairs of dual programs where the primal is a vector optimization problem with a feasible region defined by a set constraint, equality and inequality constraints, and the duals are of "mixed type" and satisfy suitably generalized concavity properties.

Clearly, this book contains a significant set of contributions which constitute a step forward in shaping the today's Optimization Theory.