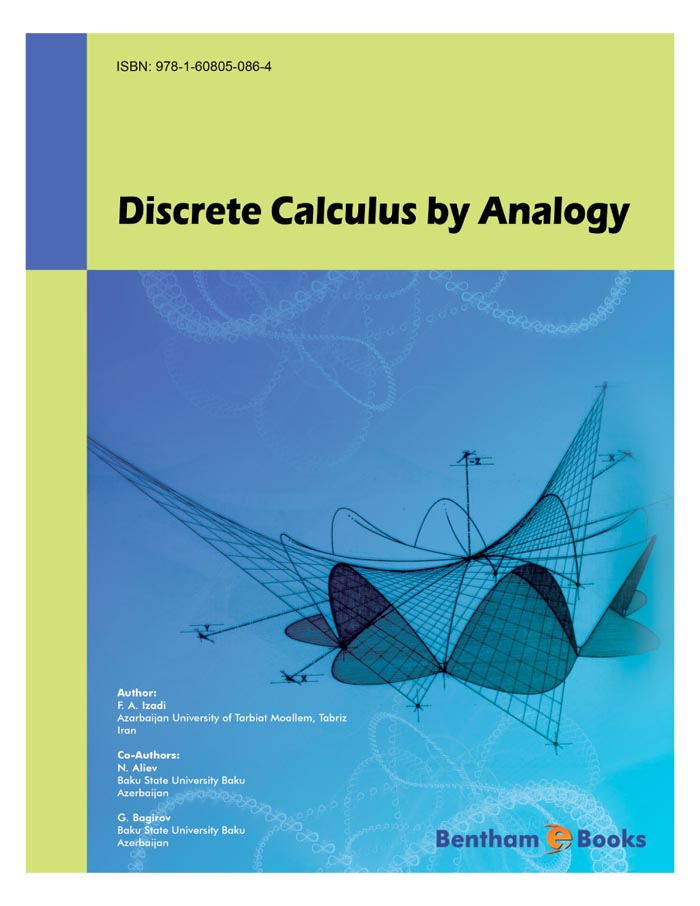 With its origins stretching back several centuries, discrete calculus is now an increasingly central methodology for many problems related to discrete systems and algorithms. The topics covered here usually arise in many branches of science and technology, especially in discrete mathematics, numerical analysis, statistics and probability theory as well as in electrical engineering, but our viewpoint here is that these topics belong to a much more general realm of mathematics; namely calculus and differential equations because of the remarkable analogy of the subject to this branch of mathematics. It is precisely this viewpoint which distinguishes this text from the previous ones. Although the topics are discrete, our approach is analytical. As in continuous mathematical analysis, we first introduce the main concepts such as the definition of a function, power and exponential functions, discrete differentiation and integration, series expansion, complex analytic functions and their integrals, the Cauchy theorem for analytic functions, as well as the harmonic functions in discrete cases. Then, we relate these concepts to the theory of discrete differential equations. The book serves to demonstrate the relationship of various aspects of mathematics with discrete differential equations. It should prove to be useful for mathematics graduates and researchers, regardless of their background on discrete calculus.

In this nice book it is dealt with Discrete Calculus, in particular with discrete derivative and integral and several models of discrete differential equations with different kinds of "Cauchy-type" problems.

The exposition is very clear and detailed, in particular in the calculus of explicit solutions. Furthermore the book contains some topics, specially in the appendix, which can be studied both by researchers and by undergraduate and/or Ph. D. students, in order to be introduced in problems of several branches of Mathematics, for example numerical methods to solve differential equations of Mathematical Physics and discretization of continuous models, which makes more accessible the study of phenomena related with them by means of the computer.

At the beginning of this self-contained book there is a precious and detailed introduction of remarkable didactic value, which is accessible even to students, who want to start to investigate the Discrete Calculus and related topics even without having any preliminary background, and in which some fundamental tools, like complex numbers, linear systems even of infinite equations, determinants, Cramer rule, and so on, are illustrated.

This book can be used also as a primer by researchers who want in a further step to study several applications, in particular to ordinary and partial differential equations, discrete (and usual) Fourier transform, eigenvalue problems, operators and spectral theory, Numerical Analysis, difference equations, finite and divided differences and several types of derivatives even in the "continuous" setting, like for example Peano and Riemann symmetric derivatives.

Another topic on which this book can give an inspiration, is a comparison between the functions, derivatives and differential equations here presented and the corresponding classical ones.