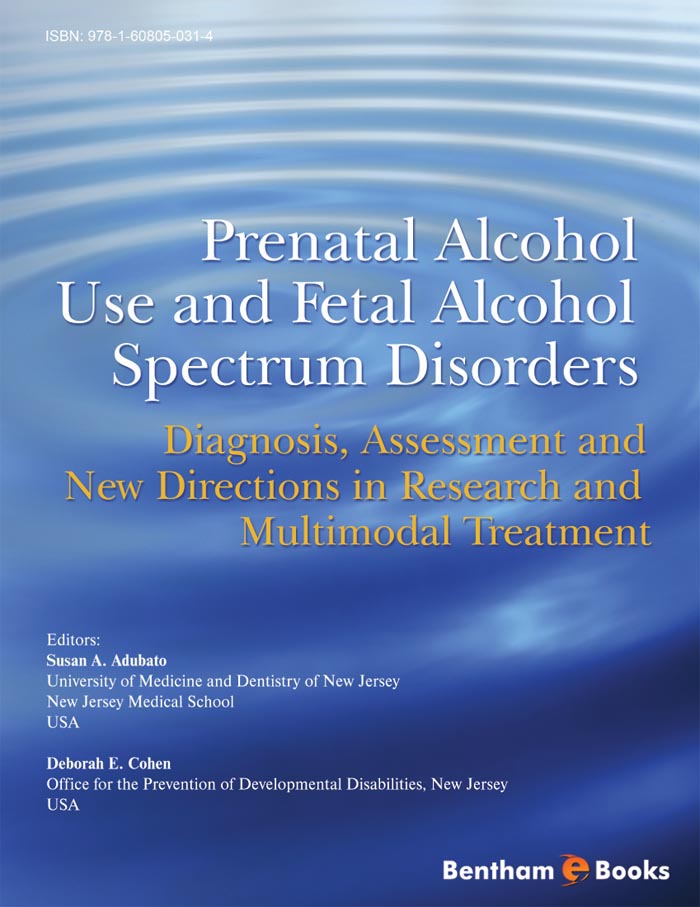 This ebook addresses the impact of prenatal exposure to alcohol, and Fetal Alcohol Spectrum Disorders (FASD). It presents a compilation of current research by leading experts in the field and serves as a guide to future directions in FASD research, interventions and treatment. The book includes a comprehensive compendium of our knowledge of the dangers of prenatal alcohol exposure and covers ways to screen and intervene with pregnant women, diagnosis and treatment to ameliorate the effects of prenatal alcohol exposure (through the lifespan), and other related issues, such as building a state infrastructure of health services and legislation. The ebook is intended as a textbook for graduate courses relevant to FASD.

This book is being published at just the right time in the history of efforts to address Fetal Alcohol Spectrum Disorders. It is not only timely but supported by the thinking of some of the most talented scientists in the field. Many, I have had the pleasure of working with and I know well their selfless dedication to this field of work.

It was 1995 when I joined the National Institute on Alcohol Abuse and Alcoholism, National Institutes of Health, as the Associate Director for Collaborative Research. My career in government began 28 years prior with the conduct of studies on the effects of thalidomide and the potential for other prescription drugs to cause unanticipated fetal damage. Unsuspecting pregnant mothers consumed thalidomide hoping to escape the discomfort of nausea and brought to term children damaged for life. I took an immediate interest in the effects of alcohol consumption on pregnancy outcomes and child development. Once again, I thought the answer would be simple. Since no one willingly and knowingly wants to harm or in any way damage their developing child, the prevention of Fetal Alcohol Syndrome (FAS) had to be a straight forward task. Simply make it known and the incidence and prevalence would be reduced; the problem eliminated. The state of the research on the cause and consequences of prenatal exposure to alcohol was clear. Case studies and population studies confirmed the findings of Jones and Smith that prenatal alcohol exposure can cause a pattern of deficits that are permanent. Many research questions remained unanswered because of the low prevalence of affected children in the United States of the same age, in the same general location, and with their birth families. A major problem at the time was in the fact that only those children with the documented distinctive facial features of FAS were being counted. With the face as the only recognized biomarker for the disorder, it was puzzling to be shown a child with normal appearance and told that he or she was affected by FAS.

The breakthrough occurred in 1997, when Dr. Denis Viljoen, a pediatrician, alerted the Institute to the high prevalence of affected children in the wine growing areas of South Africa. A site visit by research scientists from many disciplines was organized by me and Dr. Kenneth Warren, currently Acting Director of the Institute, and led by Dr. TK Li, then a distinguished Professor at Indiana University and subsequently Director of the Institute until his retirement in 2008. The resulting research and studies advanced the state of knowledge and understanding of the disorder and pointed to the need for further collaborations with the governments and research scientists in other countries. And so it went and has continued until now. Many countries have joined in the research, recognized that the problem exists in their populations, and taken steps toward prevention. There now is documentation of prenatal alcohol effects in different populations with the realization that there is truly a spectrum of effects. The most devastating is not the facial features, but the behavioral patterns and cognitive deficits that are problematic and costly for families and governments.

What is now accepted widely as Fetal Alcohol Spectrum Disorders (FASD) can be prevented. Just stop drinking during pregnancy. I have travelled to many countries and seen many pamphlets, displays and tee shirts that were developed as a prevention effort. The winner in my opinion was in South Africa. The tee shirt read, "Mommy please don't hurt my brain". It had a picture of a pregnant woman drinking alcohol with an x through the alcohol- straight forward and clearly stated. Did it work? We have yet to determine but for those who do not read pamphlets and books, it is worth a try.

I cannot overlook the contributions of the agencies that joined with NIAAA in an Interagency Coordinating Committee on Fetal Alcohol Spectrum Disorders. Representatives from Federal agencies in the Department of Health and Human Services, the Department of Justice and the Department of Education have worked tirelessly since 1997 to address FASD within the mission of their organizations. As the former Chair for this Committee, I am grateful and I am certain that the families of affected children are encouraged by the progress that has been made under the leadership of these agencies: websites were developed, state FAS coordinators met annually, grants for interventions and prevention approaches increased, a Center for Excellence for FASD was created in one agency, interventions for affected children were tested in another, numerous effective workshops and symposia were held, and teachers and physicians and social workers were alerted. This work continues.

The realization that any significant progress in research (basic and translational), in prevention, and in intervention development for FASD requires multi-disciplinary and trans-disciplinary partnerships and collaborations nationally and internationally was a breakthrough. There are few persons on the planet who won't recall where they were on September 11, 2001when the World Trade Center in the United States was destroyed by explosives. An international group of FASD research scientists will always remember that they were meeting in Valencia, Spain to determine the feasibility of advancing the state of research on FASD through closer working relationships between basic research scientists and those that studied affected children. They identified the research questions that were plaguing each group and left with a determination that significant progress would be made from more intensive interactions. NIAAA published requests for applications that encouraged the open exchange of information, nurtured partnerships and encouraged the formation of teams of scientists representing multiple disciplines. And this continues.

I cannot paint the picture of progress and continuing efforts without a mention of the national and international non-profit organizations that stood by the scientists and government agencies that fought and educated in the arenas and settings in which they could be effective. I especially applaud the work of the National Organization on Fetal Alcohol Syndrome. This work continues.

Again, I think this book brings it all together. It is comprehensive and well informed and it is my hope that it will be used as a teaching tool as well as renewed motivation and re-dedication to make progress for affected children and their families.