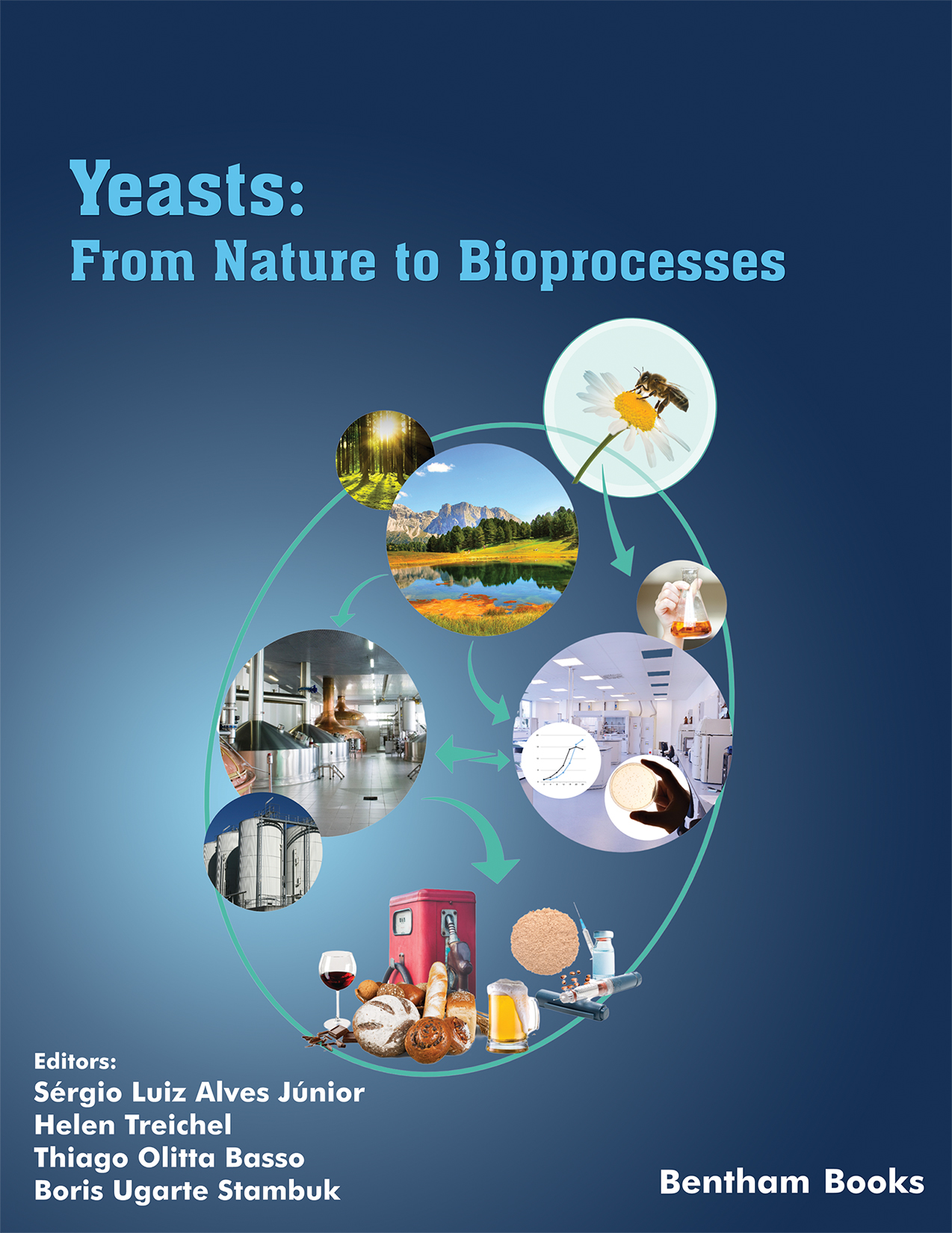 Yeasts: From Nature to Bioprocesses

Since ancient times, yeasts have been used for brewing and breadmaking processes. They now represent a flagship organism for alcoholic fermentation processes. The ubiquity of some yeast species also offers microbiologists a heterologous gene-expression platform, making them a model organism for studying eukaryotes. Yeasts: from Nature to Bioprocesses brings together information about the origin and evolution of yeasts, their ecological relationships, and the main taxonomic groups into a single volume. The book initially explores six significant yeast genera in detailed chapters. The book then delves into the main biotechnological processes in which both prospected and engineered yeasts are successfully employed. Yeasts: from Nature to Bioprocesses, therefore, elucidates the leading role of these single-cell organisms for industrial microbiology in environmental, health, social, and economic terms. This book is a comprehensive, multidisciplinary resource for general readers as well as scholars of all levels who want to know all about yeast microbiology and their industrial applications.

Audience: General readers interested in yeast biology and bioprocessing; students and researchers at all levels, in the field of microbiology, biotechnology, biochemistry, and chemical engineering.

Yeasts: from nature to bioprocesses travels back in time through the history of yeasts from the early days up to now, with an evolutionary, taxonomic, and biotechnological approach. Along this journey, its chapters present numerous bioprocesses which use these microorganisms, from the Neolithic revolution to the present.

While the budding yeasts subphylum has been estimated to appear on earth about 400 million years ago, some yeast species known today are certainly more recent, such as the workhorse Saccharomyces cerevisiae, which probably diverged from its sister species approximately 5 million years ago. Indeed, yeasts play a fundamental ecological role in nutrient recycling and angiosperm reproduction. Thus, directly and indirectly, they have guaranteed the maintenance of the biodiversity of plants and, consequently, animals that establish an ecological relationship with them. Yeast ecology has a chapter of its own in this book, although other chapters have also punctuated this theme in different contexts.

The main yeast genera are discussed in specific chapters of the book. Likewise, important biotechnological applications of these microorganisms are also addressed in different chapters. It should be noted that industrial sectors dependent on yeasts comprise a trillion-dollar annual market value. Therefore, yeasts stand out as the most profitable microorganisms in industrial microbiology.

Although humans appeared on earth much more recently, several yeast species have been widely domesticated by them, aiming for yeast-based bioprocesses. Given the benefits that yeasts provide to humanity, either as the leading figures in various bioprocesses or indirectly through their ecological role, the book ends up bringing up a question that has already been asked other times before: would yeasts be the best friends of humans? Although the question does not need to be categorically answered, the reading of Yeasts: from nature to bioprocesses will undoubtedly convince the reader of the importance of these microorganisms for the development of civilization, economy, and science.

We wish everybody an excellent reading.