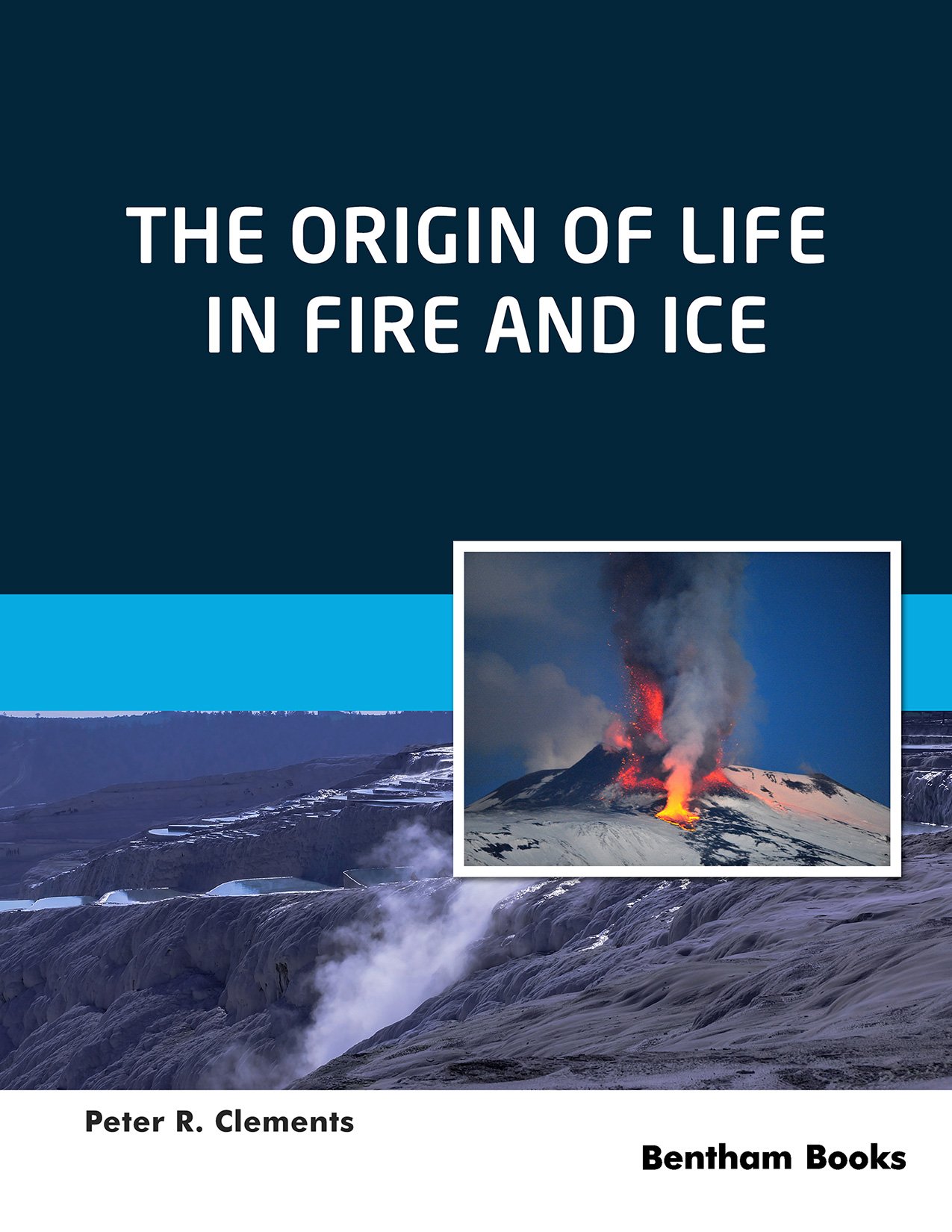 The Origin of Life in Fire and Ice

In the book, The Origin of Life in Fire and Ice, the author proposes a simple and direct path which may have caused the formation of one of the earliest organisms described using observations found in scientific literature: the last universal common ancestor (LUCA). The path is proposed to take place in the environment provided by hot springs in the presence of snow and ice, thus creating the ‘fire and ice’ conditions. The author guides the reader through several steps that ultimately lead to the beginning of life on our planet as we know it. The journey starts from the delivery of water and organic compounds to the early Earth by comet and asteroid impacts, progressing to the formation of vesicles in geysers, the entrapment of clay particles, amino acids and other ingredients in the vesicles, the formation of template-directed peptides, the elongation to peptides with catalytic activity, the association of catalytic peptides with aromatic compounds (including purines and pyrimidines), peptide catalyzed development of nucleotides, polymerization of nucleotides to RNA, the RNA world, and the stereochemical association with amino acids and peptides into the RNA-peptide world. These steps allow the RNA world to develop a code which forms the basis of the genetic code and ushers in the advent of LUCA. The fiery and icy path to the origin of life is simplified in this book for anyone interested in this intriguing subject.

Audience: general readers interested in molecular evolution and the origin of life.

Order From Chaos: Formation of Vesicles and their Contents

Plate Tectonics that Generate the Fire

Formation of Peptides, Nucleotides and RNA

Development of the Genetic Code