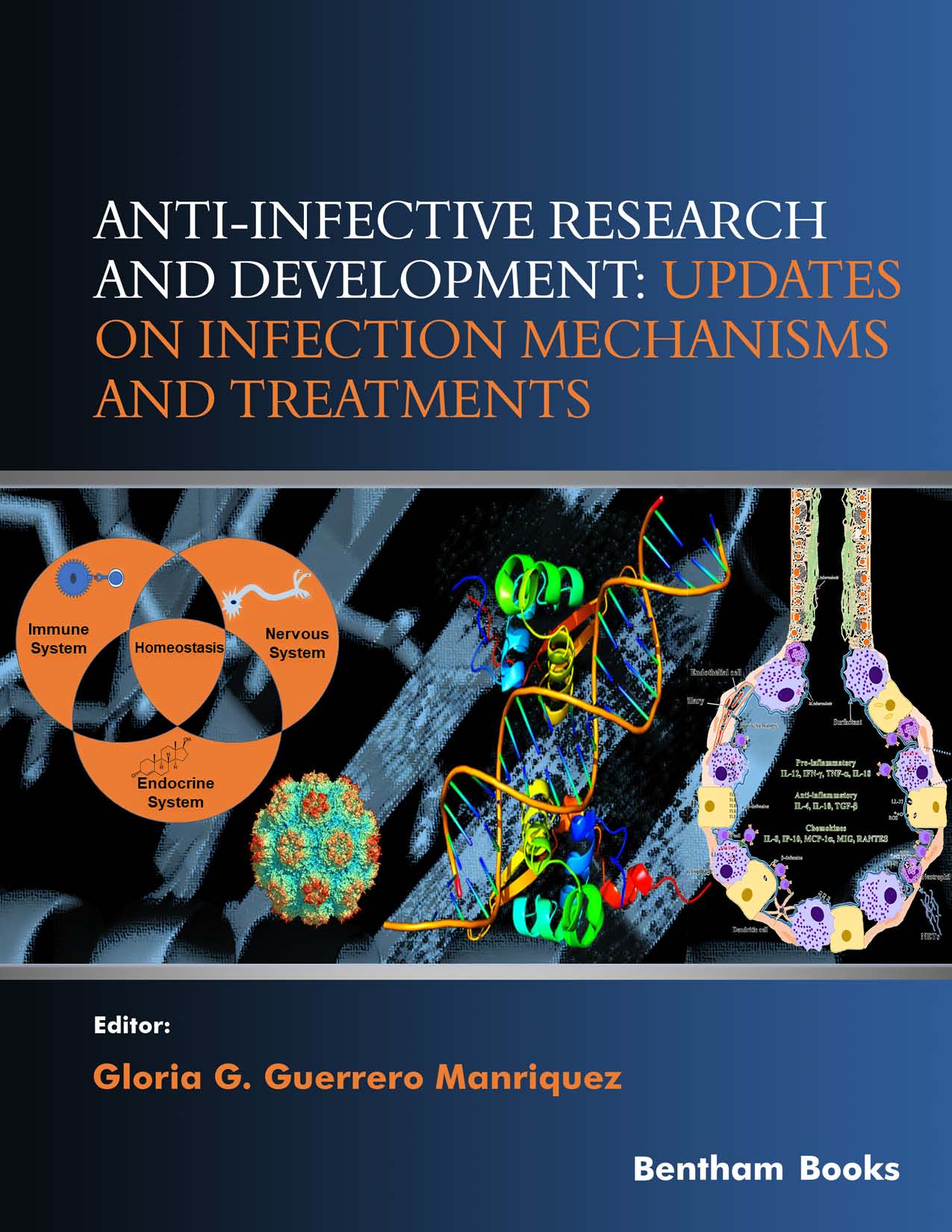 Anti-infective Research and Development: Updates on Infection Mechanisms and Treatments

This volume of Frontiers in Anti-Infective Agents provides updates on the most recent studies about anti-infective agents, their mechanism of action, the relevant molecular targets and their implication in the development of novel antibiotics that have properties similar to their corresponding compounds of natural origin. The initial chapter covers the mode of action of natural antimycobacterial compounds such as nordihydroguaiaretic acid, α-mangostin and allicin, as well as antimicrobial peptides and their role in the innate and adaptive immune response leading to the decrease of microbial resistance. This is followed by updates on tuberculosis treatment concerning the immunological role of cells (airway epithelial cells, macrophages, neutrophils and T cells) along with their products (chemokines, cytokines) and other processes such as autophagy that influence the outcome of the host immune response to the infection. Contributors have also reviewed the latest knowledge in the cellular and molecular mechanisms that trigger a protective, immune response and the identification of the molecular targets for vaccine development, all of which are a key priority to develop control measures against Babesia species like Babesia bovis and Babesia bigemina. Additionally, the neuro-endocrine and neuro-immune mechanisms behind host responses against stress and environmental stimuli during infections are also covered in separate chapters. The volume also provides updates related to Helicobacter pylori pathogenesis. The reviews presented in Anti-infective Research and Development provide timely updates for scholars and professionals associated with the field of antimicrobial research and development.

Induction and Activation of Intracellular Antimicrobial Molecules for Mycobacterial Control